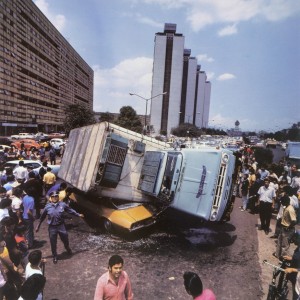 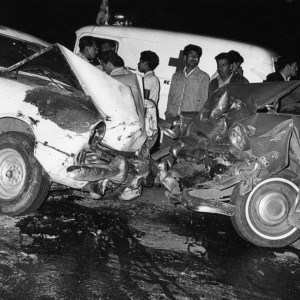 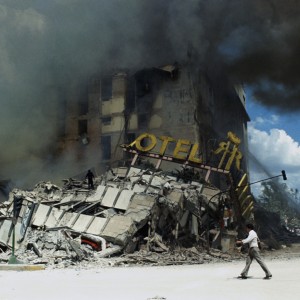 Mexico City, September 19, 1985 The Regis Hotel in downtown after the earthquake of 1985. The hotel was close to the store my father owned years earlier, when he gave me my first camera. Not only did the hotel collapse, but so did stores, restaurants, and cabarets halls nearby, as well as the Salinas y Rocha building. You can see the Torre Latinoamericano in the background. 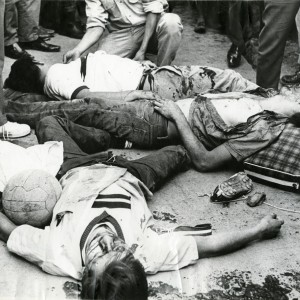 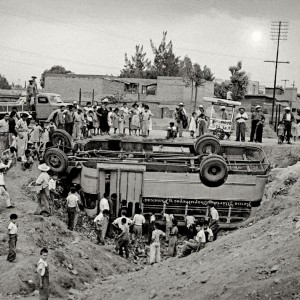 “Hundreds of people gather to look at an overturned bus, which fell into the San Esteban river after its breaks failed on the route between Mexico City and Huixquilucan. Inside were 23 screaming children. When they turned the bus over, they discovered the body of a dead child, who had fallen through an open window.” 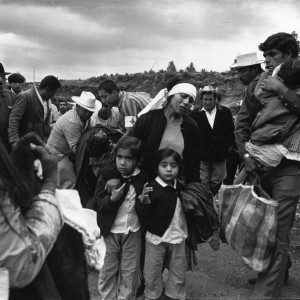 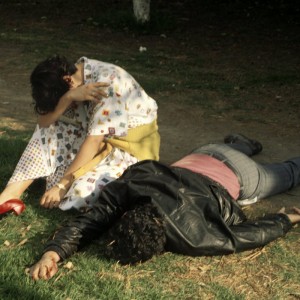 A young woman cries as she sits next to her boyfriend, who had been killed in a robbery that went badly wrong. He looks like he is asleep. 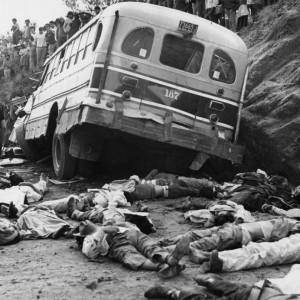 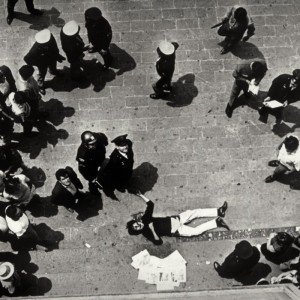 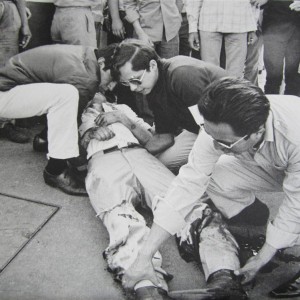 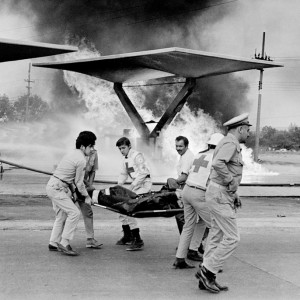