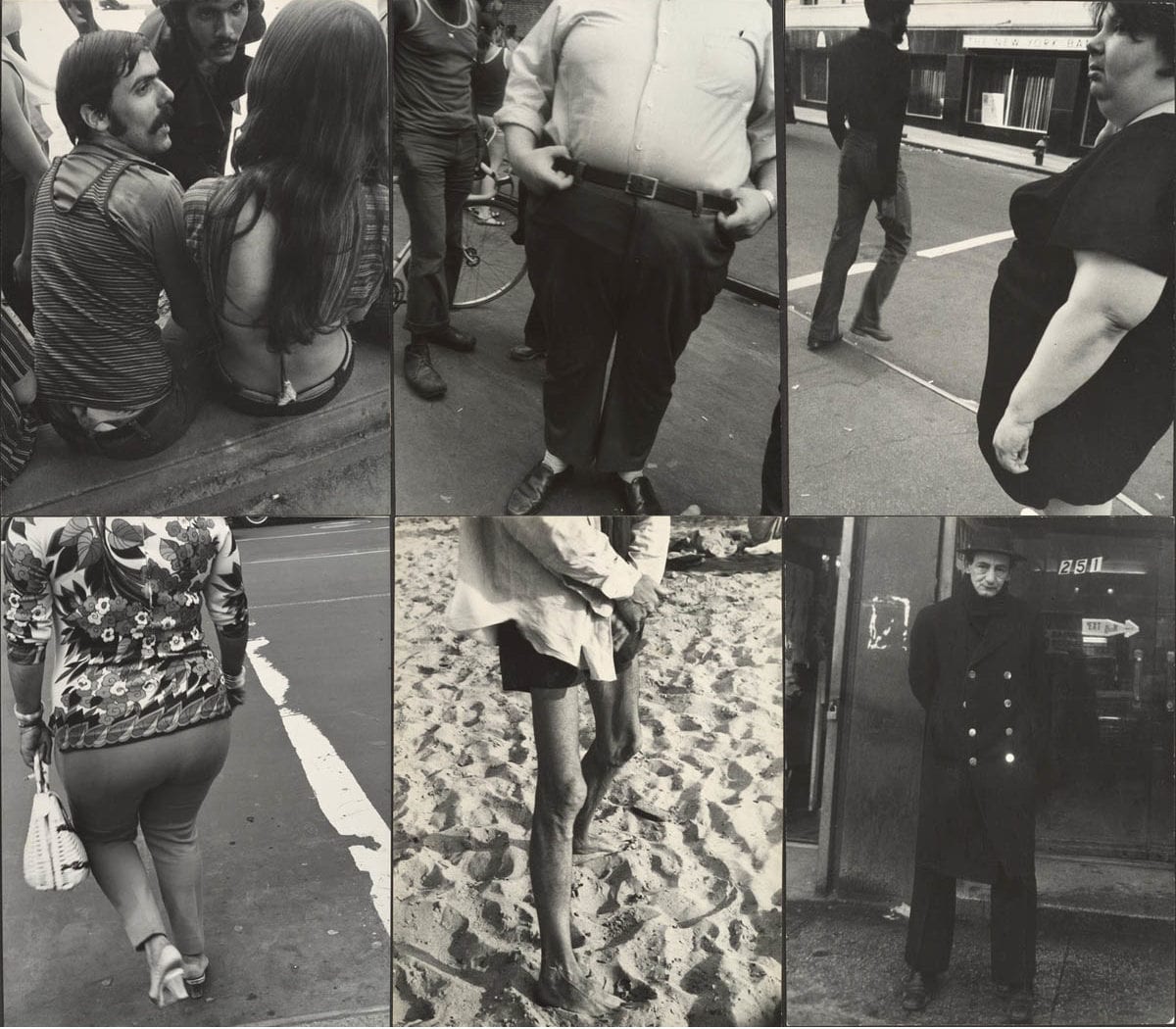 “One thing I always try to do, if possible, is never to speak mildly or softly. I don’t think any photographer should. You should speak loud and clear. And that’s the way I try to take my pictures.”

Jem Cohen: In the mid-1980s, when I first came to New York and lived with my brother, we were both struggling to work as documentary photographers and filmmakers. Adam and I knew Leon Levinstein through my mom, who had been married to an important teacher of documentary photography, Sid Grossman. Sid taught at the Photo League in the late 1940s and into the early ’50s, and Leon was his student for a number of years.

Adam and I came to New York with a deep interest in documentary photography, and a lot of the old-timers were gone, but we heard from my mother that Leon was still around, still shooting, lived up in the Bronx, and would probably like to hear from us. And so we ended up spending quite a bit of time with him, and he was also interested in encouraging us in our work. One of my earliest memories of Leon was him leaving a message on our answering machine, saying, “Boys, there’s going to be a parade today up on Fifth Avenue and I want you out there shooting, because a parade is always a good place to start.”

Leon was a somewhat contradictory figure. He wasn’t a naive folk artist: He loved photography and the history of photography; he loved to go to museums; he’d studied some as a painter. But on the other hand, he was not an intellectual. He was very unpretentious, deeply down to earth, and quite a loner. And this all fed into his work.

In 1988, my brother and I decided that it would be interesting and maybe even important to try to do a little interview with Leon and learn more about his life and work. And we knew that he would be a little hesitant because he was, in his way, very private and soft-spoken, or at least he wasn’t prone to intellectualizing about photography or art work. And he agreed to give it a go. 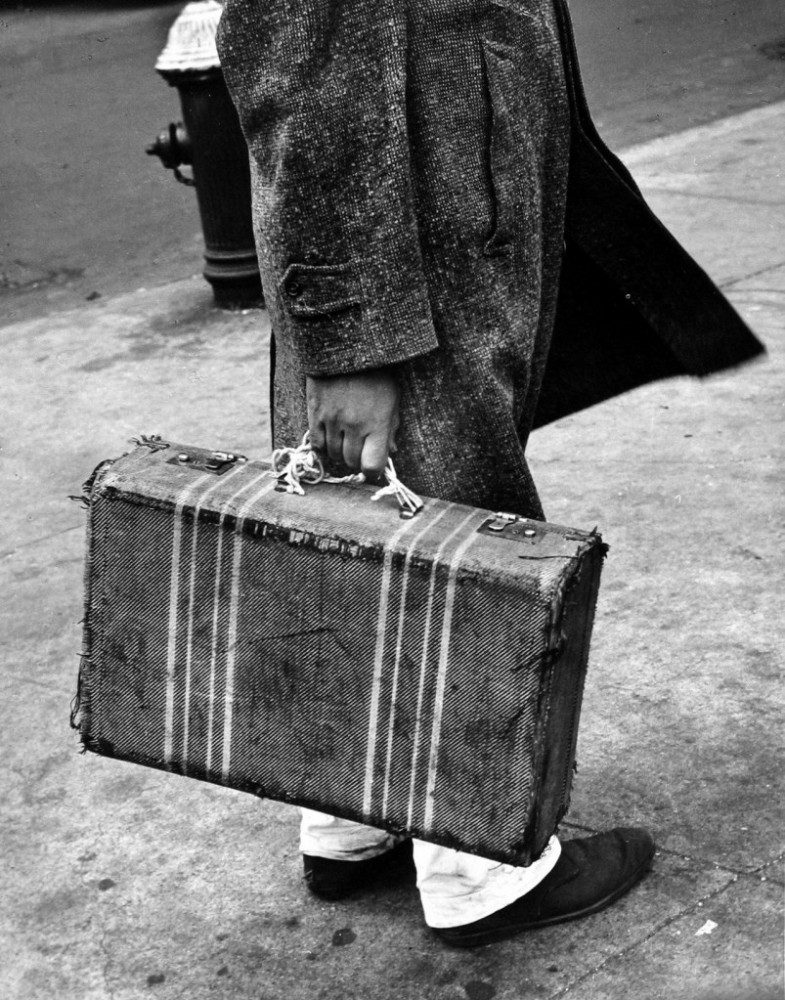 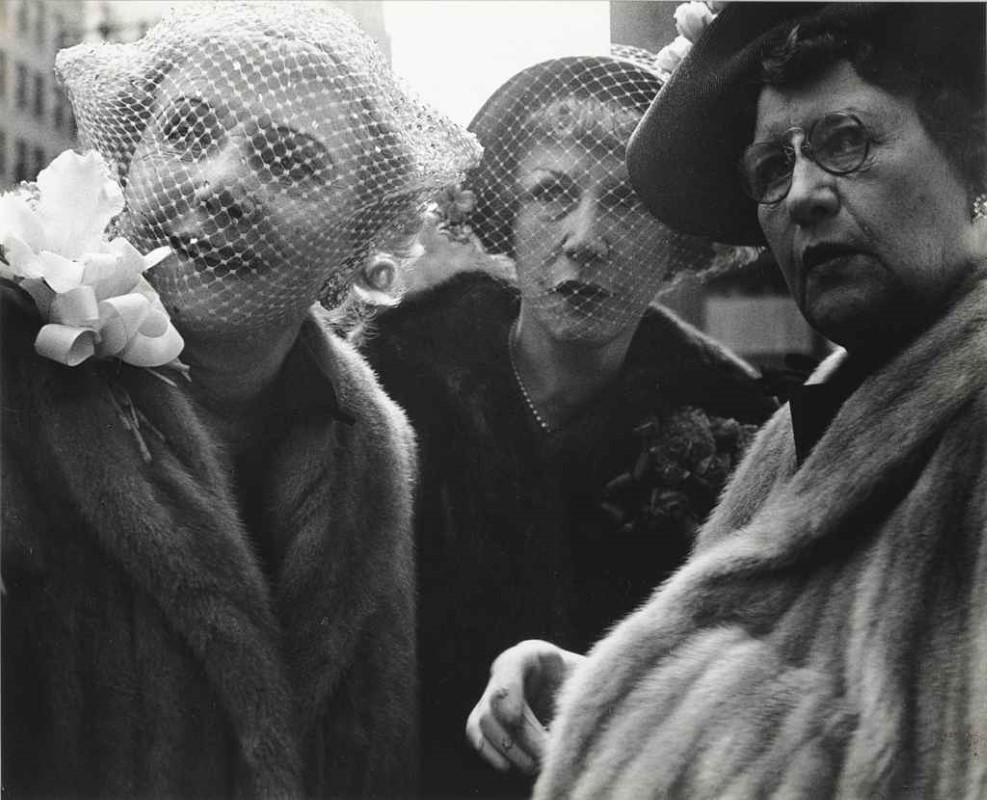 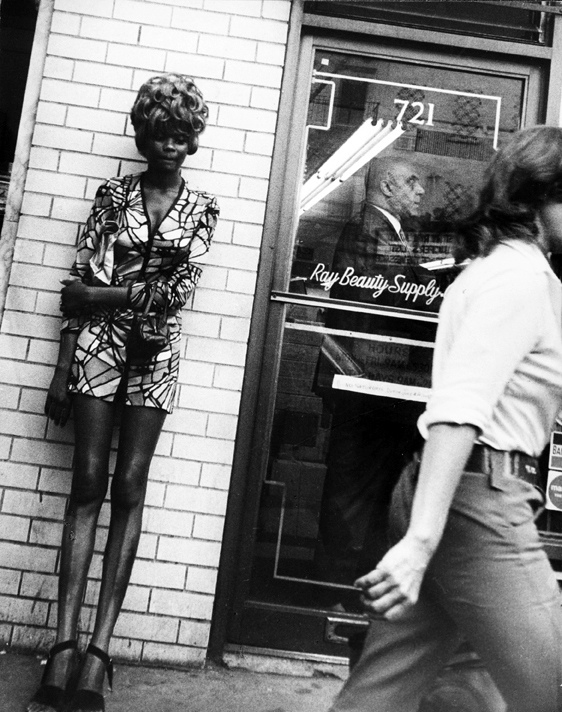 “Well, it’s sort of a vicarious experience when you photograph. Because you’re always on the outside. They’re having a good time there, maybe a family, or a couple families, having a picnic, eating this fried chicken and potato salad and all that junk. And you’re on the outside, you know, trying to sneak a picture.”

In this first excerpt from the interview, we asked him about the locations that he preferred to photograph in.

Leon Levinstein: If you look at my pictures, you’ll see, I didn’t go into places that—where only Miss Vanderbilt or Miss Rockefeller is living, you know. I go in all type of neighborhoods. And naturally you use discretion. It’s very important to use discretion. You don’t, you know, all of sudden become a fool, because it can be a bit dangerous and—I mean, you’re not going to get shot, but you could, you know, get into a fight, break your equipment.

Jem Cohen: We were curious as to how things had changed, both for photographers and for the city itself, from the time when Leon first began to photograph.

LL: Days by, they didn’t know what the lens was. They never had a camera. Now everybody knows. Everybody has a camera and they know the lens—what the lens is for. And if it’s pointed at them, they know their picture’s being taken. Other days, they—they weren’t sure, because they never had camera, especially the older people.

But most people don’t particularly care to be photographed. And if you ask them, the picture’s ruined. You know, they pose; it’s no good. It’s—what you want to see is something that’s spontaneous. You don’t want to have them posing for you.

JC: A great deal of Leon’s work was done in the thick of the crowd, especially in places like Coney Island, and we wondered how that felt for him.

LL: Well, it’s sort of a vicarious experience when you photograph. Because you’re always on the outside. They’re having a good time there, maybe a family, or a couple families, having a picnic, eating this fried chicken and potato salad and all that junk. And you’re on the outside, you know, trying to sneak a picture. You walk around them and around them and look and look and see if for a moment something might happen, and they don’t invite you to sit down and have fried chicken. You’re always on the outside. And then you go somewhere else, but again you’re on the outside. And if you have somebody with you it’s no good, they detract you from what you’re doing. So you got to be alone and work alone. And it’s a lonely—a very lonely occupation, if you want to call it that.

“Most people, really, don’t see—see only what they have always seen and what they expect to see—where a photographer, if he’s good, will see everything.”

JC: When Leon’s work was noticed at all, we felt that it’s sometimes been lumped in with a kind of humanistic, Family of Man,and, occasionally, sentimental aspect to street photography. My brother and I were particularly interested, however, in the power of the work, the strength of the work, and a kind of raw and very tough quality.

LL: One thing I always try to do, if possible, is never to speak mildly or softly. I don’t think any photographer should. You should speak loud and clear. And that’s the way I try to take my pictures. Not, you know, looking for poetic things—if there should be, fine. But I make, you know, as strong a statement as I possibly can. And that probably would be a better way to say it.

And, another thing, I never go out with any intentions of photographing any particular thing. I let anything that comes within my sight or in my path that excites me to photograph, I’ll photograph, I don’t care what it is. But I never go out there and say, “Well, I’m going to look for certain type of pictures today”—maybe, you know, “It’ll be great art, or I can sell them,” or something like that. Or with the intention of going out and trying to take pictures that might have a market. Never. I just go out and photograph and if something I see comes—that I can reach and I’m interested in—I will photograph. I don’t believe in intellectualizing and working in any particular method. Just photograph, period.

JC: In a way it was quite mysterious to us that Leon came out of the army, bought a used camera, had virtually no experience in photography and, within a few years, he was making work that was not only, kind of, archetypal street photography but with some extraordinary formal innovation. There was something radical about the way that he used space, the way that he dealt with the edge of the frame, but it was done in a very unpretentious way. It wasn’t something that he could necessarily even articulate. But it was extraordinary.

LL: A good photograph will prove to the viewer how little our eyes permit us to see. Most people, really, don’t see—see only what they have always seen and what they expect to see—where a photographer, if he’s good, will see everything. And better if he sees things he doesn’t expect to see.

EXPLORE ALL LEON LEVINSTEIN ON ASX

(© Jem Cohen, 1998. All rights reserved. All images © copyright the photographer and/or publisher)