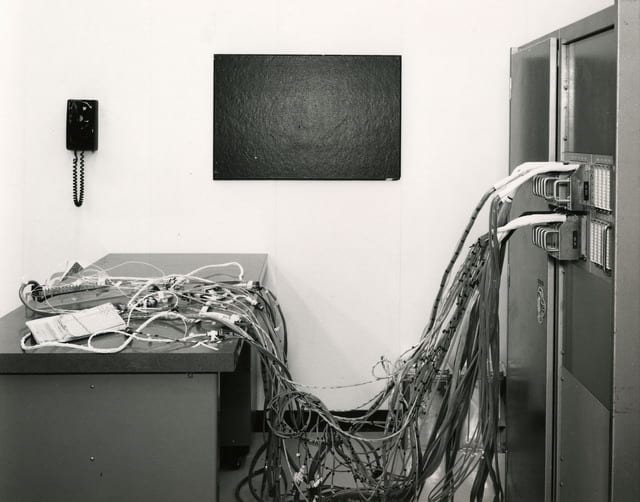 The myth of the photograph as a perfect analogue of reality persists to this day. Though the photograph continues to be used as evidence-by police, by news media-we now know that a photograph cannot be totally objective. Every news photographer practices visual editing, choosing how and what to photograph. Editors of daily newspapers then make a selection from among the hundreds of photographs available on a given day. At the next stage, photographs are placed within particular contexts which affect their meanings. One aspect of this contextual change is the phenomenon of the “third effect,” in which the new meaning created by the juxtaposition of two photographs differs from the sense conveyed by either one alone. And perhaps most significantly, the effect of the image is altered by the text that inevitably accompanies it in photojournalism.

Photography critic and curator Carol Squiers has been studying the ways in which the news photograph transmits political and cultural messages. By analyzing photographs that she isolated from the text of The New York Times over a four-month period, she found that-despite the seemingly objective character of the predominantly banal style of photograph used-the frequency of certain types of images conveyed a consistent world view. In general, the photographs presented cultural stereotypes: Men were most often shown as competent and in positions of world power, whereas women were pictured much less often and usually in subordinate roles. (From a press release for the exhibition In and Out of Power, P.S. 1, NY, ’81). She also determined that the way in which text and photograph are currently linked in photo journalism was first defined by Life magazine. Like The New York Times, Life deliberately chose fairly undistinguished photographs to illustrate stories, ones that could be easily colored by words. Photographs that were too expressive, such as those by Walker Evans or Andre Kertesz, were reserved for a special section entitled, “Photographic Essay.” (Squiers, “Looking at Life,” Artforum, Dec. ’81). 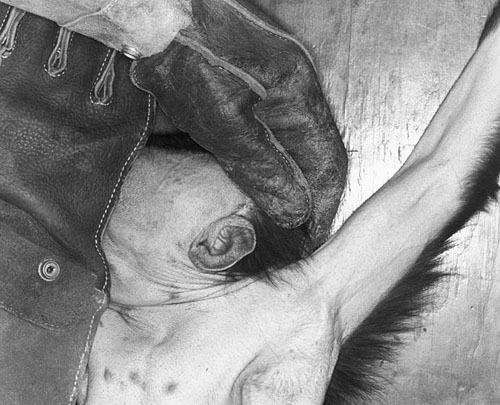 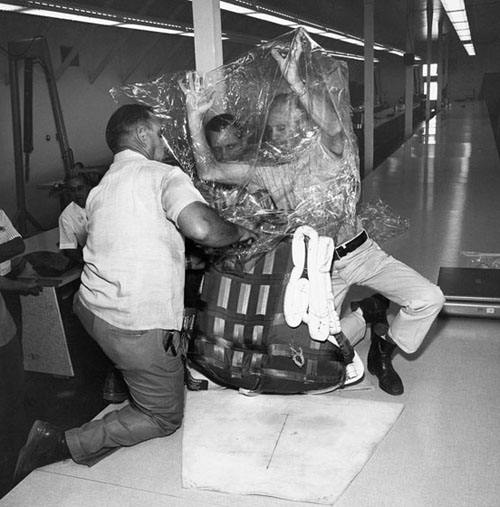 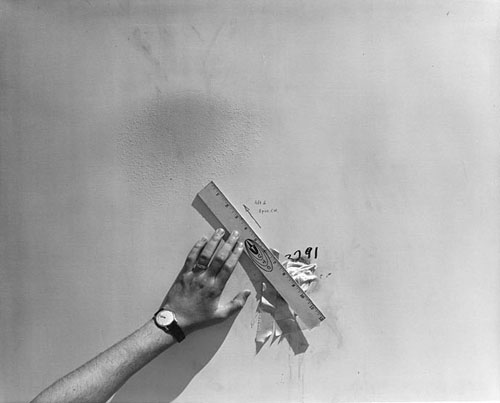 These and other issues are explored by Larry Sultan and Mike Mandel in the http://www.bampfa.berkeley.edu/exhibition/61″>current MATRIX exhibition. The artists have placed in the Museum functioning electronic news and Wirephoto machines from Associated Press and United Press International. Around the clock the machines produce the same visual and verbal information (over 200 photographs and 1000 stories per day) from which newspapers across the country draw their news. Mandel and Sultan respond to the raw news material as news editors, but instead of printing it, they present it as an installation which they change twice weekly.

Hidden biases in the media are revealed through various strategies, such as creating visual narratives through selected sequences of photographs; arranging the material into subject categories to uncover the media’s perspective on what constitutes the news; and altering the meaning of an image by the choice of caption.

Mandel and Sultan’s interest in the media goes back to 1973, the year they collaborated on the first of many billboards. They were attracted to the billboard as an artistic vehicle, because they wanted to reach a much larger and more varied public than would ever find its way into an art institution. Our society is exposed to countless images every day, most of them designed to sell products. The image, and the verbal messages paired with them, are so common that many people are unaware of the power they exert over our lives. The text of the mass media image, as the late French philosopher Roland Barthes explained in his essay, “The Photographic Message,” (Image, Music, Text, NY: Hill & Wag, ’77) functions on both the level of denotation (identification) and that of connotation (the communication of certain cultural ideas through textures, colors, selection, etc.). He recognized that just as language structure is based on a system of signs or symbols, so is a visual image. A photograph is a complex of signs that can be analyzed scientifically-Barthes called this method of sign analysis semiology. Billboard designs by Mandel and Sultan are a result of semiotic analysis of commercial imagery. By duplicating the sign structures of advertising words and images, the artists have been able to adapt these highly sophisticated devices to transmit their own message.

Sultan and Mandel’s forthcoming billboard, to appear in San Francisco this year, is a series of four smokers, two women and two men, from Kent III ads. These images exemplify advertisers’ selective use of the several connotations carried by the pictures in order best to promote their product. Here the negative connotations of smoking are rejected in favor of the pleasurable aspects. The words, “We Make You Us,” are presented as a fragment of a larger partly hidden text. Juxtaposed with the smokers, these words convey the frightening message of what cigarette and other advertisers are willing to do to us in order to sell their products. 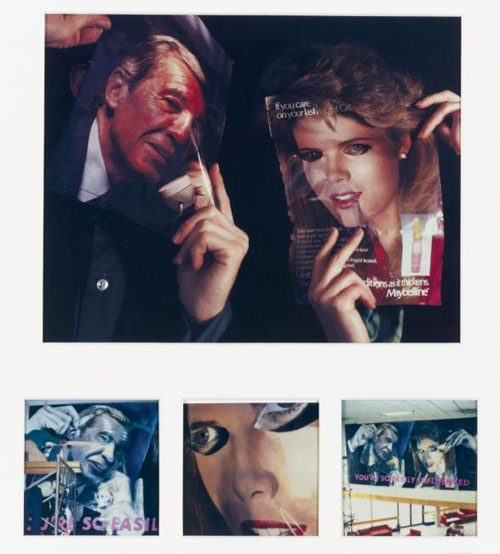 Mandel and Sultan are perhaps best known for their 1977 book and exhibition, Evidence, a collection of 85 photographs culled from the two million they examined in the files of various corporations, government and educational agencies. When they began their research, the artists were not clear about what they were seeking. As they progressed, they found themselves concentrating on photographs in which people were shown demonstrating or testing a function of a technological device. The artists extracted these photographs from the everyday world and gave them new meanings through placement in a different context, in a way similar to Marcel Duchamp’s creation of “ready-mades.” Evidence is structured in the photo-narrative style of such books as Robert Frank’s The Americans; there is a subtle order to the progression of images. Sultan said that, by recording existing information, he and Mandel were making “…poetry based on (the institutions’) facts.”

The common thread in all of Sultan and Mandel’s collaborative ventures has been, as Sultan said, “…how the context of the information conditions the way the information will be perceived.” The billboards, Evidence, and the current exhibition Newsroom explore aspects of this point of view. Newsroom is being presented as a workshop in which the artists hope to learn as well as to present facts about the methods of the mass media.

Sultan and Mandel were both brought up in the San Fernando Valley of Los Angeles during a period of expansion and transformation of the landscape that included the appearance of billboards along miles of freeway. Each artist independently developed an interest in cultural artifacts that continues to this day. Though they have worked together since shortly after meeting as graduate students at the San Francisco Art Institute (Sultan received his M.F.A. in 1973, Mandel in 1974), they also pursue individual projects. Both teach photography-Mandel at Cabrillo College in Aptos and Hartnell College in Salinas, and Sultan at the San Francisco Art Institute. They have received several joint fellowships, among them a Special Projects Film grant from the California Arts Council (1972) and-from the National Endowment for the Arts-an Art in Public Places grant (1976) and Photographer’s Fellowship (1977).

Around the WEB: Larry Sultan

(© Constance Lewallen, 1983. All rights reserved. All images © copyright the photographer and/or publisher)