I catch myself leaning into Martina Hoogland Ivanow’s pictures.

True, my eyesight isn’t good, but that’s not the reason. I press my ear to them because I expect to hear something.

It’s been a long time I saw images that were so quiet. They’re so completely embedded. If they were to speak, you’d only see them moving their lips.

Perhaps it’s because of the light that nothing can be heard? Or the fact that the people are turned shunning us, turned away, introverted? Maybe.

Sometimes art makes quite a bit of noise; you can hear waves in the background, the noise from a café outside the window. A radio turned on, melancholic. A moped passing by on road 246 towards Hagfors. 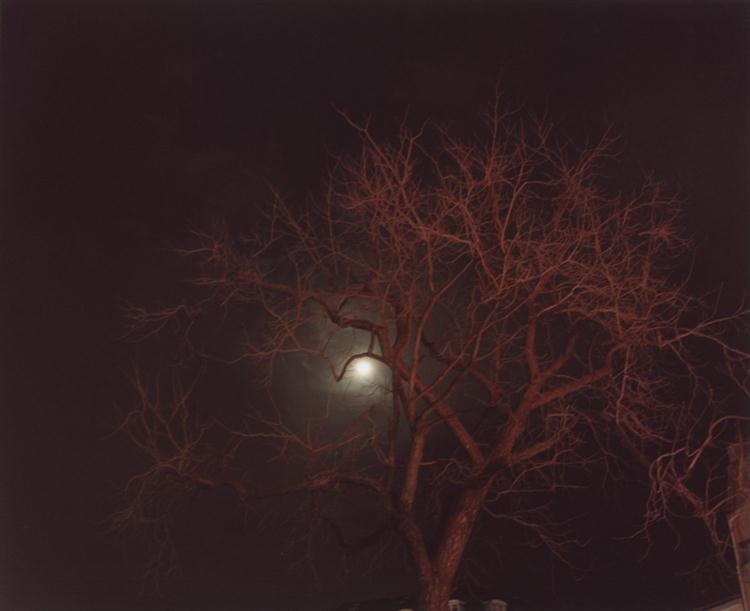 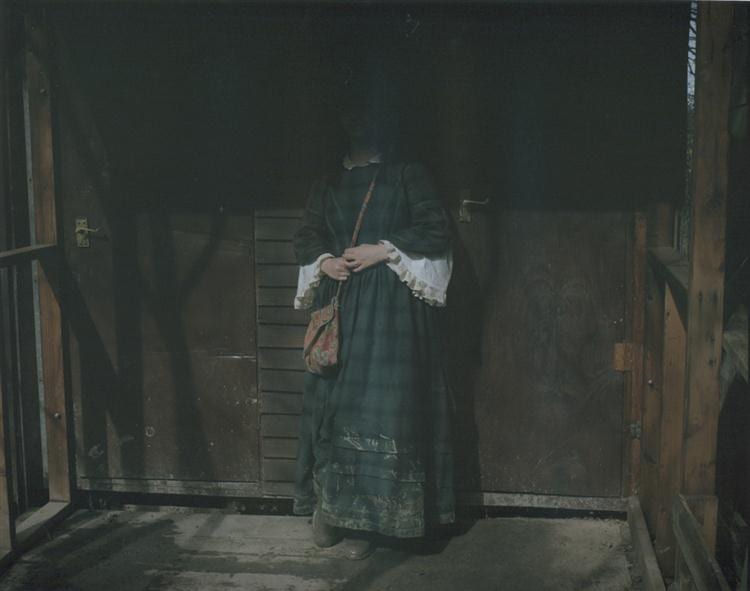 There is a thin bit of soundproofing in Martina Hoogland Ivanow’s pictures this time. A veil.

There’s probably too much noise in art, generally speaking. And when it isn’t in the art, it’s around it. I perform an experiment: I bring a pair of earplugs the next time I go to the opening of an exhibition, to avoid the environment. It is to be recommended. I try it at Moderna Museet as well. Everything becomes more intense, more concentrated.

After an hour, a friend comes up to me and gives me a friendly pat on the shoulder. I jump seven feet and my heart stops. It starts again on my way down.

Quiet art obviously doesn’t mean it’s not communicating, just that it’s stopped making that damn racket. Many (myself included) sometimes make fun of people who stare at pictures in grimly serious silence. But how would you do it otherwise? “You shouldn’t have so much respect,” some people say. No, but maybe one shouldn’t have as little as possible, either.

Martina Hoogland Ivanow probably wants to shield herself a little from the pure, mystifying beauty of her images; in a recent interview, she said that she wanted to create both wonder and insecurity in the beholder. Wonder? Yes. Insecurity? Hmm, well. 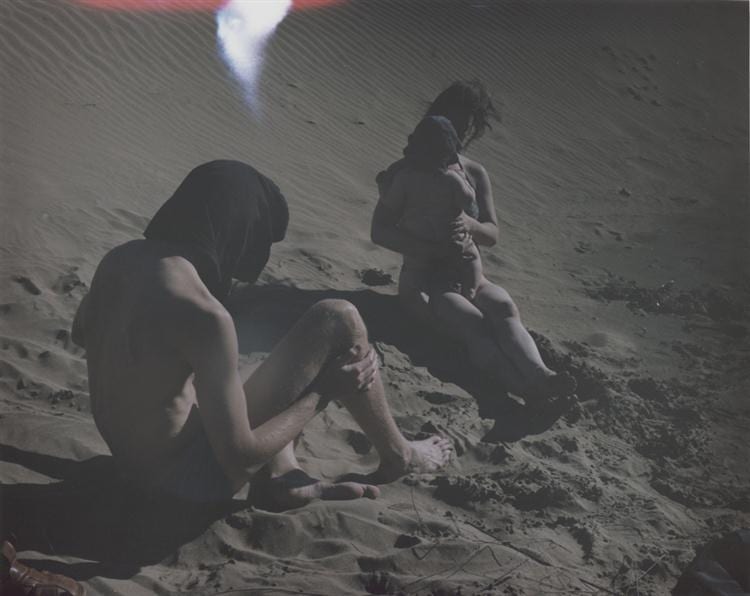 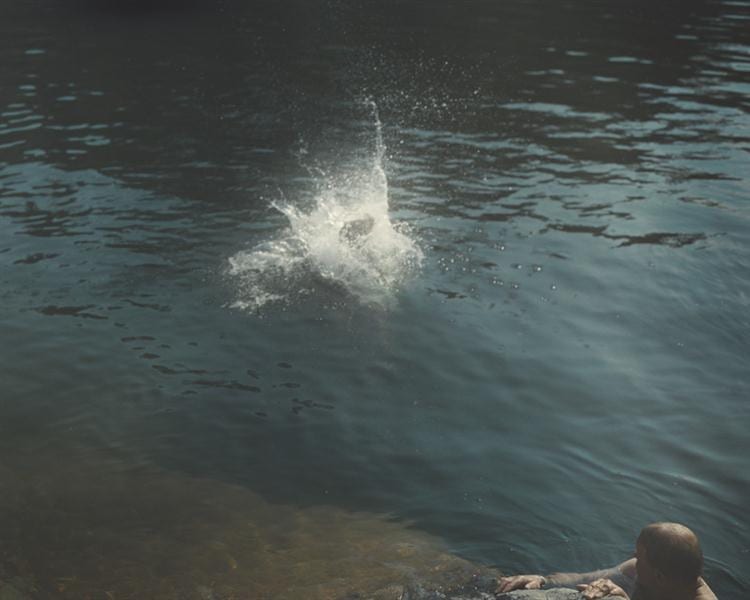 Let’s not mind the artist’s words too much: it’s actually up to us. It’s all right if they want to join the discussion, but they don’t get right of way. Tough, but too bad.

At school, I had a strange, quiet but wonderful art teacher, Josef Schibli (he is represented at Moderna Museet, the Norrköping county museum and the Malmö art gallery). I was a remarkably untalented pupil, but recently politically aware. I was only 14.

Torsten and I worked as an artists’ collective (!?); we were mainly interested in creating titles for our pieces. We cut loose with anything available. Josef approached us and was pretty impressed (read: encouraging), asking “What was your thinking here?” It was a chaotic cover of paint in several layers. 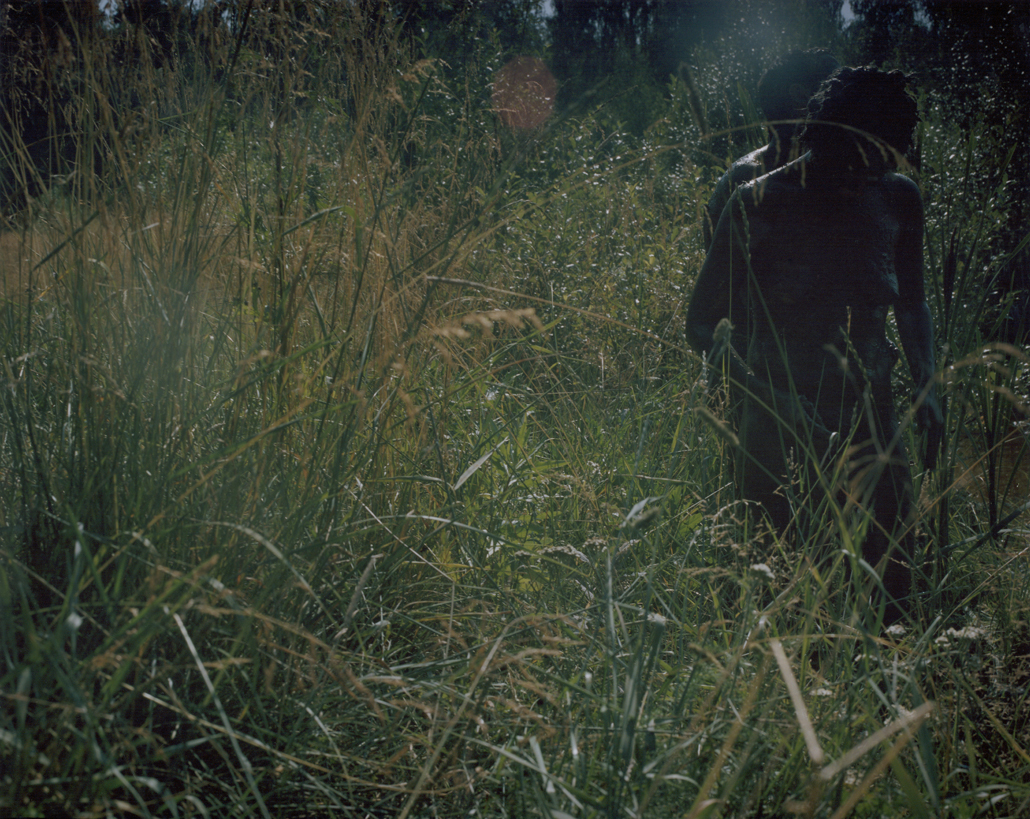 We said: “We don’t really know, but we think it has to do with the conflict, war and famine in Biafra.”

Josef said: “Good work, boys, it’s beautiful, dramatic, it speaks to us”. And then he smiled a bit.

If you (once more) you lay your ear close to Martina Hoogland Ivanow’s pictures, you don’t hear anyone speaking, but I see an enormously thick glass wall between us, at least three feet wide. In films, you often see desperate people trying to get out of prisons like that, and you can hear something pounding on the other side.

But with Martina’s images, it’s the other way round; it’s me, on the other side, trying to get in. I wanted to break through to that serenity. When you die, perhaps you become a subject of a Martina Hoogland Ivanow picture.

I think I’m looking forward to it.

(© Johan Croneman, 2010. All rights reserved. All images © copyright the photographer and/or publisher)