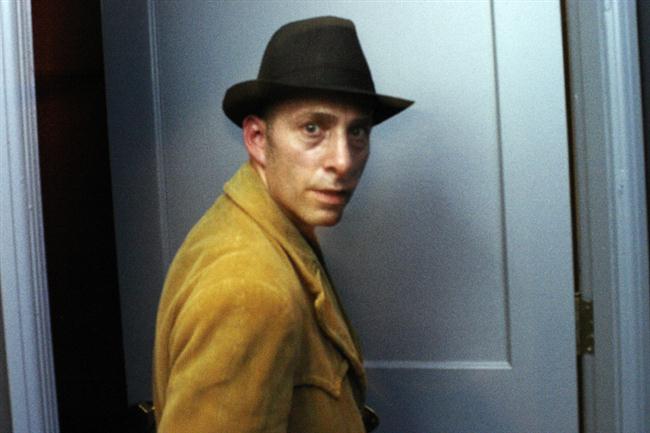 Headlong into the Rabbit Hole

Jessica Dimmock dove headlong into it.

There she was, in 2004, walking around with her new digital camera, perhaps “innocent”, still a student. Then, a chance meeting with a drug dealer, the door in the floor opened and into the rabbit hole she went. The apartment at 4 W. 22nd St would become a second home of sorts for Jessica.  A dark cave of broken-wills, filled with the dead-weight-pain of hitting the bottom. She was, “in it”, right in the Heroin-is-God-Universe.  Amazing for a young photographer, right? To have this opportunity to photograph drug-fueled descent, to watch a death-march, to document the land of phoney-dreams. Amazing, wasn’t it?  Is it okay to use the word “amazing” to describe it? I guess that depends on how look at it.

“The Ninth Floor” was the stage, an apartment up high, overlooking 5th Avenue in Manhattan. Three years Jessica would spend in this “rabbit hole”. The lock-jaw of addiction was the plot and 20 or 30 heroin addicts, falling in and out of the tar pit, were the players. Jessica described the initial “hall pass” that brought here into this human-hamster-habitat as initially occurring by chance, but after a few first visits and some photography prints given to “the dealer” to paste on the walls for parties… “(she) was allowed to return at any time”. And so it began. Free reign was here – total artistic freedom was granted. Take pictures of the sweaty-zombie-sex and street-side blow jobs, during the beatings, brawls and madness – as a witness to their slow-dance-with-the-devil and his injections of liquid-love… there was nothing off limits. Jessica watched and witnessed as the wreckage unfolded from this squatter’s base camp – this dark, dirty bat-cave in the sky. 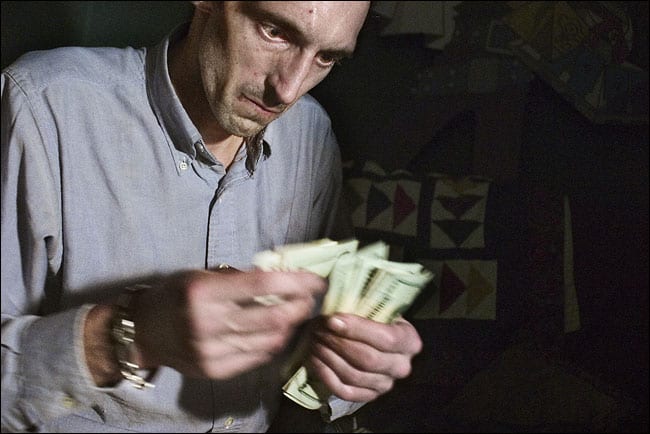 Can you imagine the excitement and anticipation, the artistic addiction, that comes with a carte blanche license into a Manhattan den of iniquity? And what about the thrill of the photographic results? Hmmm, are “thrill” and “excitement” the right words? Yes, surely it is thrilling. But wait, can I describe it that way in the midst of this human pain as subject? Should we call it something else because of the downfall that was occurring in front of Jessica’s eyes, in front of our eyes, in front of the camera’s “eyes”?  Well, I suppose that we can also say that people don’t like to slow down to look at a car wreck or that ratings are not high during the 24/7 coverage of catastrophe on television. Yes, let’s just call it “thrilling and exciting” for the photographer. And what about the viewing that we get in looking at her photos?  A “pleasure”? Even if the subject matter is beyond brutal? Yes, of course there is pleasure. I will even go as far as to say that Jessica’s photographs are beautiful in spite of bone-crunching pain. Pleasure and beauty can occur in the act of showing pain. Is it because it is art?  This beauty and enjoyment while looking at pain.  Perhaps yes, because it is art.

Obviously, Jessica, being a human being, would come to care deeply about the players. And she had to come to grips with the reality – she could not change them, she could not save them and they could not save themselves. Hope had hopped on the subway train and booked it the hell outta here. She would helplessly watch the downfall.  She cared like crazy of course. We are all human and this is what human is meant to be… we care about each other and we want to change things, we want badly to help.

Finally, there would be no happy endings.

What is the role as relates to the suffering of our “brother”? What is our obligation when it comes to others and what about art, what does it do? What is it supposed to do? When does journalism become art and can you document something like this for art’s sake? And what about you, the viewer who is thrilled by art while looking at pain? Are you supposed to look at it if you are never going to “act”? Do you need to react with a form of action if you are to participate in “the looking”?