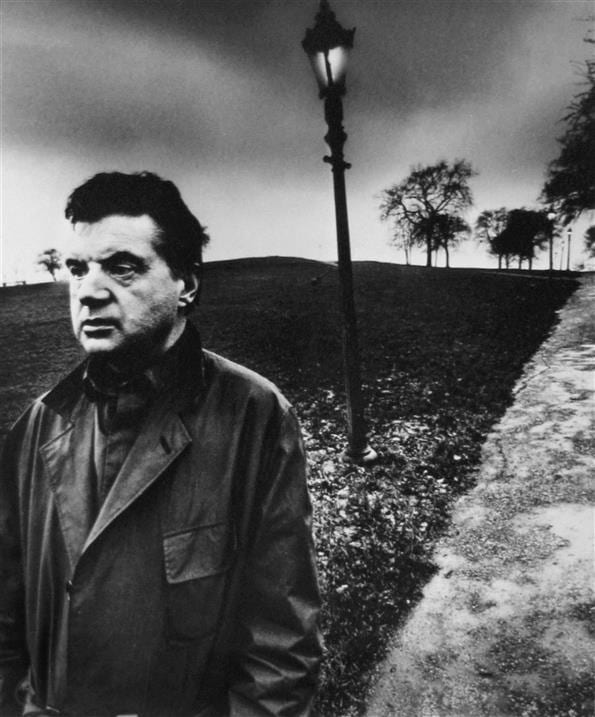 “When you take someone smiling,” he explained to his niece, “they look stupid.”

Taking celebrity portraits involves making a crucial decision. You can embrace the celebrity machine, relishing your own role in the business of image-creation; this was the approach of Cecil Beaton and he handled the task more deftly than almost anyone, as the crowds at the National Portrait Gallery for the current Beaton exhibition (2004) know.

Alternatively, you can try to prick the celebrity bubble. This might mean taking the warts-and-all route – revelling in the reality behind the glitz of fame. Or it might mean adopting a more artful attitude, one that embraces ambiguity and suggests certain truths that may or may not be specific to the celebrity in question.

This last was the way Bill Brandt tackled the job of photographing the famous. And though portraiture was never his first love (Brandt’s most striking achievements came in the form of nudes, landscapes, and social documentary-style photographs), his idiosyncratic approach could be just as memorable as Beaton’s.

Both men were born in 1904. Brandt’s birthplace was Hamburg but, as Paul Delany reveals in his new biography, Bill Brandt: a Life, he went to great lengths throughout his life to conceal his German origins. Through a mixture of talent and good fortune, he quickly carved out a career in photography, and eventually became one of the form’s most important practitioners. To mark the 100th anniversary of his birth, Brandt is the subject of a major exhibition at the V&A Museum. And, to complement this show, 40 of his portraits are going on display at the National Portrait Gallery.

Whenever someone tried to take a photograph of him, Brandt would never smile. “When you take someone smiling,” he explained to his niece, “they look stupid.” In his own portraiture, Brandt liked to emphasise his subjects’ interior life. He had certain tried and tested ways of doing this, none of which involved smiling. Rather, he favoured expressionless stares, sideways glances and distant, far-off looks.

Like his photographs of British landscapes and twilit streets, Brandt’s portraits have a grainy quality that stands in absolute contrast to the dominant style of bright, vivid celebrity photographs today. Two things strike home when you look at them.

The first is that a portrait needn’t convey anything very concrete about a person to be good. It can emphasise instead the unknowability of other people, conveying a sense of bottomless depths and contradictions. As Shakespeare put it: “There’s no art to find the mind’s construction in the face.”

The second is that Brandt responded to the idea of celebrity in a completely different way to Cecil Beaton. Beaton’s eye-flushingly beautiful, flattering take on fame led the way into the work of the most successful celebrity photographers of our own era – the “wow” brigade of men like Mario Testino and Gilles Bensimon, whose portraits, constantly reiterate themes of youth, sex, fame and beauty.

Brandt, in contrast, had little interest in fame by itself. The only renowned people he accepted commissions to photograph were those whose creative talent had made them successful – writers, artists, and actors. To interest him, fame had to be anchored in achievement; it wasn’t yet the free-floating commodity it became in the era of Andy Warhol.

Time and again, Brandt’s portraits emphasised the fact that his subjects’ creativity came from within – often, in fact, from so far within that it could only be gestured at, never exposed.

But was Brandt’s vision ultimately any less artificial and contrived than Beaton’s? One of Brandt’s most famous portraits shows the painter Francis Bacon walking on Primrose Hill in stormy evening light in 1963. Typically, the subject’s eyes are averted and downcast. The wide-angled lens, which Brandt had just started using, allows for a composition of dramatically tilted lines. The effect is to create an atmosphere of mental precariousness. 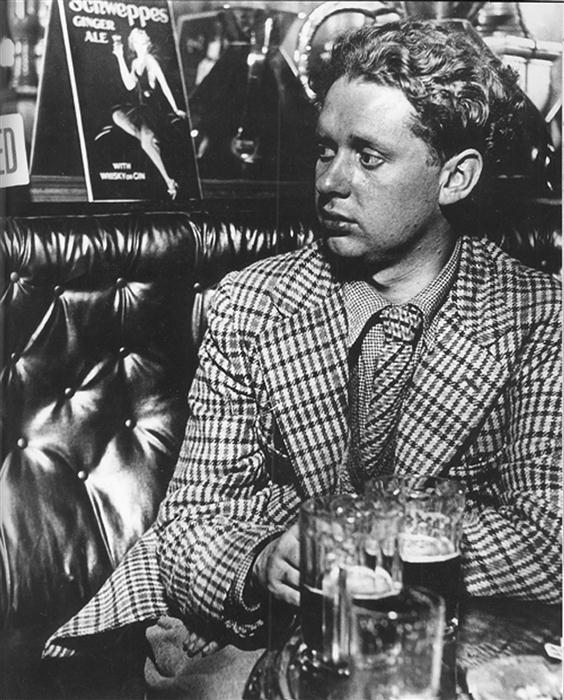 Bacon, on the other hand, hated it. Perhaps he found something falsely portentous or hackneyed in Brandt’s approach.

Cyril Connolly described the picture as a “symbol of the despair of a generation”. Bacon, on the other hand, hated it. Perhaps he found something falsely portentous or hackneyed in Brandt’s approach. If so, he wasn’t alone.

Paul Delany says that Brandt’s portrait commissions soon led to the coining of the term “Brandtian”, which was short-hand for “a certain remoteness in the subject, often tinged with melancholy”. Everyone Brandt photographed looked as if they had been sentenced to death, according to David Mellor. And the critic John Berger described Brandt’s portraits as “highly mannered”.

They “romanticise all the sitters in the name of art,” he said, “establishing the superiority of the private reality.” Of course, people might justifiably feel a form of romanticism that emphasises a person’s interior life is preferable to one that glorifies outward appearances, in the manner of today’s celebrity photographers. It all depends on what you are looking for.

In 1948, Brandt told the leading Surrealist, André Breton, that “a portrait should not only be an image but an oracle one questions”. In other words, it should give some suggestion of the sitter’s future, without necessarily asserting anything definite. When we look at Brandt’s 1941 portrait of Dylan Thomas, for instance – one the portraits of young poets commissioned by Lilliput magazine – we instinctively feel we can make just such an imaginative projection into the future.

Is this response simply informed by hindsight, because we know Thomas would die an alcoholic at the age of 39? Or is it rather because there is something “oracular”, something both precise and querying in the picture itself?

Surely both. Thomas’s ruddy-cheeked youth, his apparent normality as he sits in a pub in a tweed jacket with a beer in his hand, sits oddly beside what we know about Dylan Thomas the poet. But this inkling of strangeness is reinforced by his not-quite-relaxed, off-kilter pose and his slow, troubled gaze off to the right. Everything about the picture seems provisional, poised on the edge.

Discussing the art of portrait photography in The Mind’s Eye, a book of his writings, the great Henri Cartier-Bresson talked about grasping “the interior silence of a willing victim”. “It’s very difficult,” he wrote. “… you must somehow position the camera between his shirt and his skin.” Indeed, it’s a task that may finally prove impossible, even for a master like Cartier-Bresson, who 30 years ago gave up photography to concentrate instead on drawing.

Nonetheless, when you look at Cartier-Bresson’s portraits, you never feel that he settled on a manner, a formula. Brandt, by contrast, relied heavily – at times too heavily – on the vague emotion aroused simply by showing people we thought we know “off in their own world”.

Still, there is a basic reticence about his approach that feels refreshing in today’s culture of maximum exposure. Brandt did not go to great lengths to turn people into icons, nor did he presume to show their “true nature” in something so transient as a photograph. Instead, he used photography’s special qualities to suggest intimate things about his subjects, things that cannot be put into words, and may not even be possible to put into pictures.