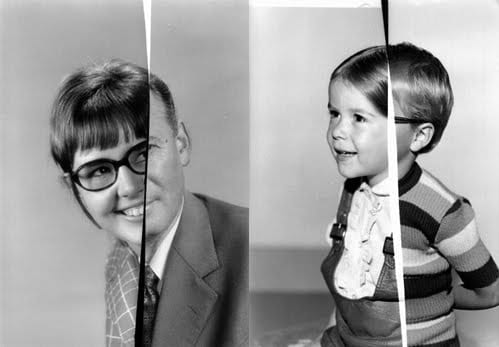 Joachim Schmid is a thief and a liar. For twenty years Schmid has been taking other peoples’ photographs and using them for his own purposes. He has even gone so far as to falsely claim that some of these pictures are lost works by famous photographers. How can Schmid justify such outrageous deception?

Schmid is not alone in his activities. Ever since the Surrealists began buying old photographs from Parisian markets and presenting them as naive products of the unconscious mind, the practice of ‘found photography’ has lingered on the margins of art photography. Many artists and photographers have used appropriated photographs in their work, but none have focused on the technique as thoroughly as Joachim Schmid.

Over the last two decades Schmid has systematically investigated the possibilities of the found photograph with a rare combination of rigour and humour. Schmid begs us not to take any more pictures; to stop flooding a planet already drowning in photographs with more images. Thankfully he has been ignored, as selections from the unceasing flow of photographs produced globally have formed the basis of Schmid’s fascinating projects.

One of these projects has now lasted for twenty years. The title Pictures From The Street may conjure up visions of street documentary, but Schmid’s pictures are discarded ones he has picked up from pavements the world over since 1982. Plucked from oblivion, meticulously catalogued, and placed on the context of a gallery wall, these images make for curious viewing. Just what is that sinister man in the Polaroid doing as he places his hand on a worried-looking woman’s shoulder in a bathroom? Who could violently tear up a snapshot of a child smiling at the camera and throw it away? We shall never know the answers to these questions. The stories behind found photographs remain unknown. In fact it is this very ambiguity that creates their lasting appeal. 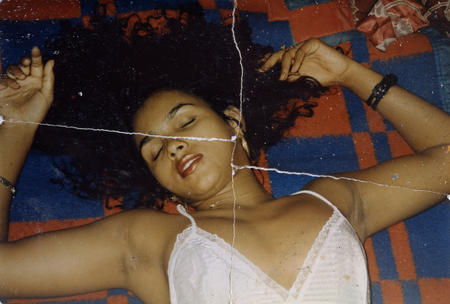 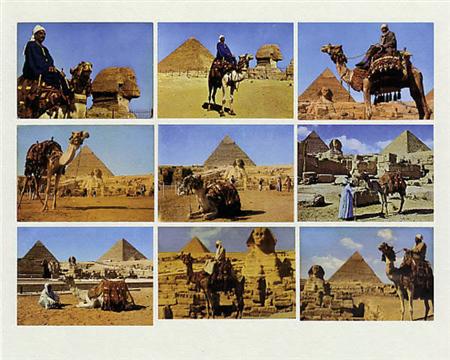 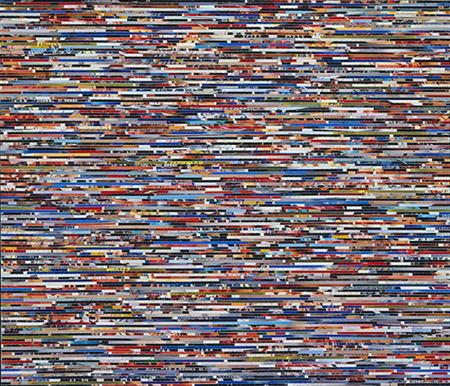 By 1986 Schmid had amassed a huge stockpile of photographic material, not just found in the street, but actively sought out from invaluable sources such as fleamarkets and periodicals. From this material (snapshots, postcards, photographs cut out from magazines) Schmid began to assemble panels of similar pictures.

This became the series Archiv. Pouring over the mass of snapshots in the archive, he realised that the same kinds of family pictures appeared again and again: birthday parties, weddings, mothers with children. Like an anthropologist of the photograph, Schmid grouped these images into different ‘species’. The result is Knipsen, a history of twentieth century Germany in snaps. But the history is a partial one. If an alien were to come down and look at Knipsen they might well think that everyone had spent the last hundred years partying and going on holiday. What we do not see in the family snaps leaves as big an impression as what we do: no work, no funerals, no arguments. Knipsen makes an important statement about what we wish to record and what we hope to forget. 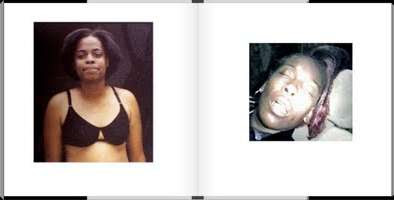 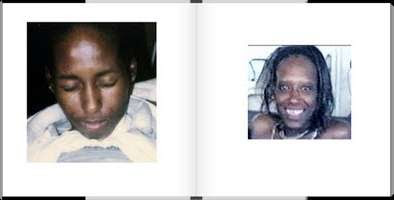 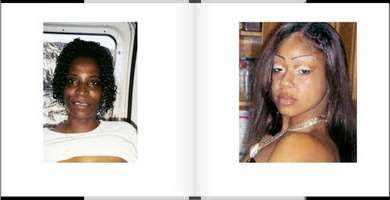 Amongst the images Schmid found at fleamarkets were pictures by famous photographers and artists. Or so it seemed. Occasionally a picture would turn up which closely resembled an Ansel Adams, or an August Sander, or a Cindy Sherman. Working with Adib Fricke, Schmid collected these together into the series Masterpieces of Photography. They make for convincing forgeries. The first time I saw a postcard of Schmid and Fricke’s found August Sander image, I was certain that I was looking at a Sander photograph I had never seen before. The series points out the tenuous nature of authorship. Perhaps to be Ansel Adams you just have to be in the right place at the right time. Authorship and originality, the flimsy foundations which prop up so much of art history, are brought into question by the exhibition of these lost masterpieces.

In a newer series by Schmid, no names are needed to elevate the images to art. In 2002, Schmid rescued abandoned negatives made by portrait photographers working in the city centre of Belo Horizonte in Brazil (a project he first started ten years before). These photographers make quick and cheap images to be used for passports, driving licenses and ID cards. The colour pictures are processed and printed in nearby labs. Once the client has their print the negatives are disposed of. Getting up before the street cleaners every morning, Schmid found the films and printed the scratched images for himself. The results are stunning. A huge variety of faces shot against plain backgrounds in a range of hues; like Thomas Ruff’s portraits, but with far more emotion. These photographs do not actually require any false provenance, they stand up as ‘masterpieces’ in their own right. 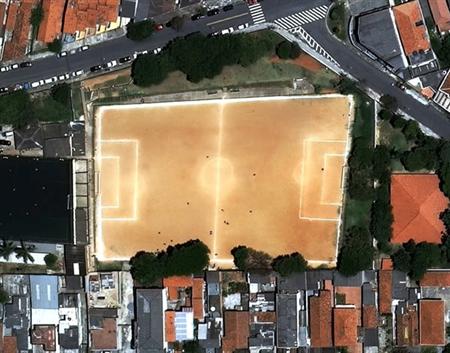 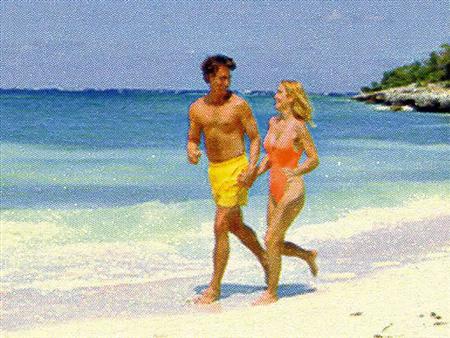 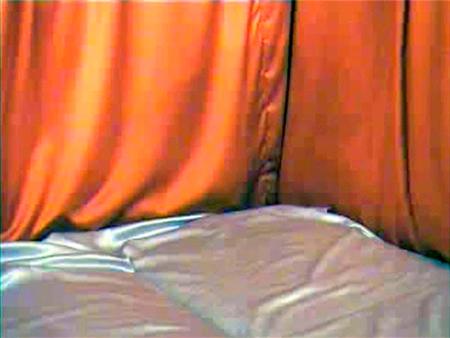 Another recent project by Schmid shows a more personal side to a body of work which had previously appeared to keep its subject at arm’s length. Very Miscellaneous is a moving selection of black and white portraits made between the late-1920s and early-1950s by George Garland, an almost unknown British photographer. Commissioned by Photoworks, an organisation based in the South of England, to work with Garland’s images, Schmid chose to display the portraits alongside photographed excerpts from local newspaper articles of the same era. As viewers we link the stories with the people pictured nearby, despite the fact that they are in reality unconnected. But then again, as so much of Schmid’s work suggests, what did reality ever have to do with photography?

Joachim Schmid may steal photographs and lie about their authors, but his misdemeanours are all in a good cause. He has shown how the supposed masters of photography plunder from the world of snapshots and yet claim their work as unique and original. He has also pointed out time and time again that snapshots themselves, far from being innocent, are elaborately constructed deceits. Over the last twenty years, Schmid has exposed the ways in which photography itself steals and lies.

Born in 1955 in Balingen, Germany. Lives and works in Berlin.

Joachim Schmid is a Berlin-based artist who has been working with found photographs since the early 1980s. His work has been exhibited internationally and is included in numerous collections. In 2007 Photoworks and Steidl published a comprehensive monograph Joachim Schmid Photoworks 1982-2007 on the occasion of his first retrospective exhibition. In 2008, the Rencontres d’Arles exhibited his work.

Around the WEB: Joachim Schmid