Half the commercial photographers in America have ripped Clark off at one time or another.

One afternoon earlier this year (1997), a woman called the Luhring Augustine Gallery on 24th Street from an apartment in SoHo. She understood that they represented the photographer Larry Clark, and she was trying to find him. She had been his girlfriend about 25 years ago. They had lived together, and when he moved out he left behind a suitcase. Now she was moving too, and the suitcase was still there; if he wanted the thing, it was time to come and get it.

The gallery dispatched an assistant, and the assistant came back with a treasure trove: inside the suitcase were hundreds of vintage prints and outtakes from the days when Clark was putting together Tulsa, his classic, early 70’s study of high times and low life in the Midwest. Some of the photographs were work prints; some of them have never been seen or published before.

This month (1997) the gallery will mount them in an exhibition timed to coincide with the release of Clark’s first movie since Kids, a tale of drug dealers and petty thieves starring James Woods and Melanie Griffith called Another Day in Paradise. And later this year, if all goes well, there’ll be a new book of Clark’s still photography called Heroin.

The pictures at Luhring Augustine help explain why the movie is as it is. Clark’s singular ability is to be there with a camera, there where things are happening that ordinarily escape a photographer’s presence. In one scene in the movie, Griffith shoots heroin into a vein in her neck. It’s staged, of course, but there are pictures in the gallery of kids shooting up that aren’t staged at all, and the later scene draws its power from the knowledge manifested in the earlier one.

There’s another scene in the movie in which a robbery gone wrong ends in a bloody battle in somebody’s bedroom. Any number of directors might have tried such a tableau of panic and violence, but few of them could have pulled it off the way Clark has, because he photographed the real thing long before he shot the movie, photographed it way back when he was just a kid in Tulsa who took a camera with him everywhere he went. Every picture has a long, long story behind it, a winding tale of Brobdingnagian misadventure. Let’s just take one: the man on the following pages, staring into the camera with a bloodied face (and there he is below in another, later moment with a needle in his arm) was a police informant. 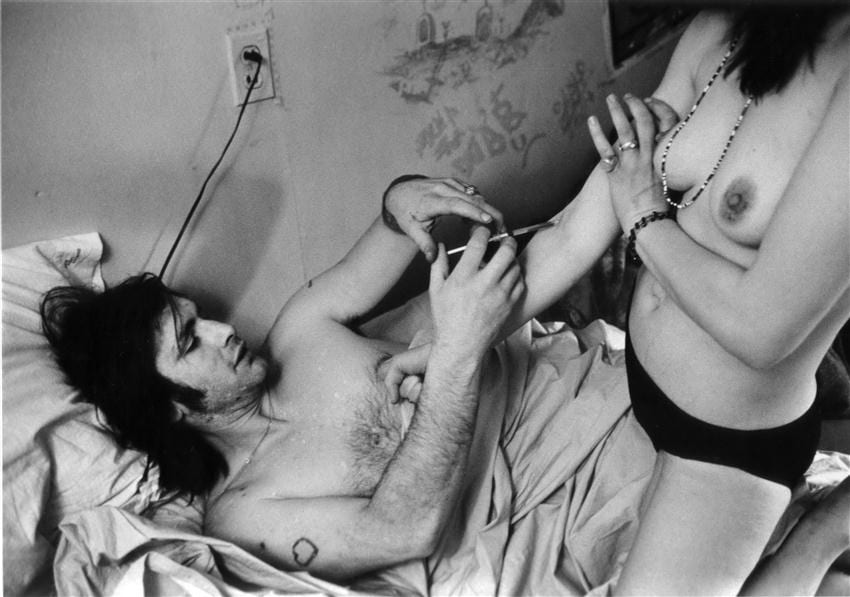 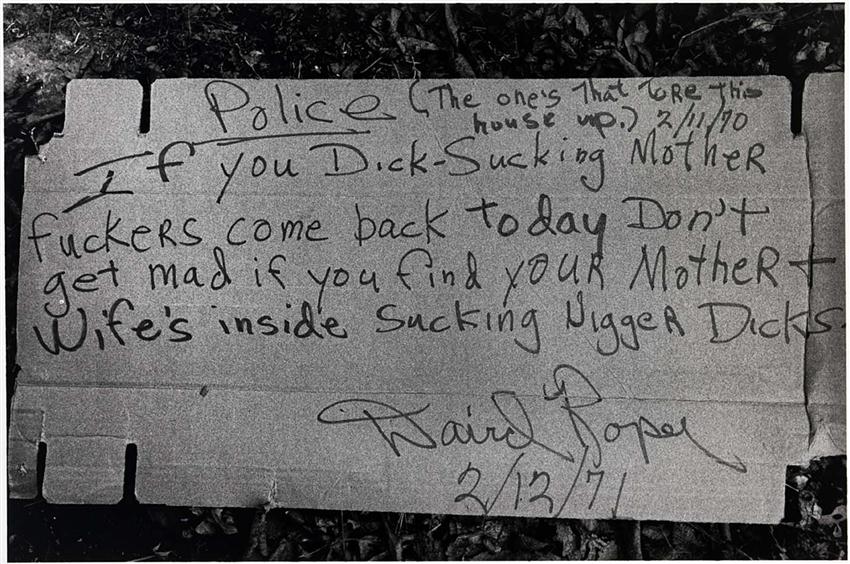 Listen to this: “His name was Neal. He had snitched on somebody,” says Clark. “I was out in the car somewhere, and I’m told that this kid’s gonna get it in about ten minutes – they set him up to come over to Roper’s back house – so I raced over there. It was just me and Gene, the guy who beat him up. Bobby – with the brass knuckles – he was hiding in the bathroom. So then Neal comes in, Bobby comes busting out of the bathroom, and that’s what happened. And then Bobby turned to me and said, “You shouldn’t be taking pictures of this.’ I said, ‘You do what you do, and I do what I do,’ and that was that. That was the only time I ever got any heat about taking pictures.”

Even the most intrepid photographer would have stopped right there, but not Clark. The story continues: “So dig it. After that Bobby leaves, right? and Gene’s with me, and Gene had some fucking morphine, man, we had some pharmaceutical… it must have been morphine or Demerol or something. So Gene takes pity on Neal and fixes him, man, gives him a big old shot. But later I found out that Neal snitched on me and Gene, man! So I felt that, I was with Gene, we got the motherfucker high, and then he snitched on us! So the next time I saw him a few weeks later at the drive-in, I motioned for him to pull over, and started kicking the shit out of him.” 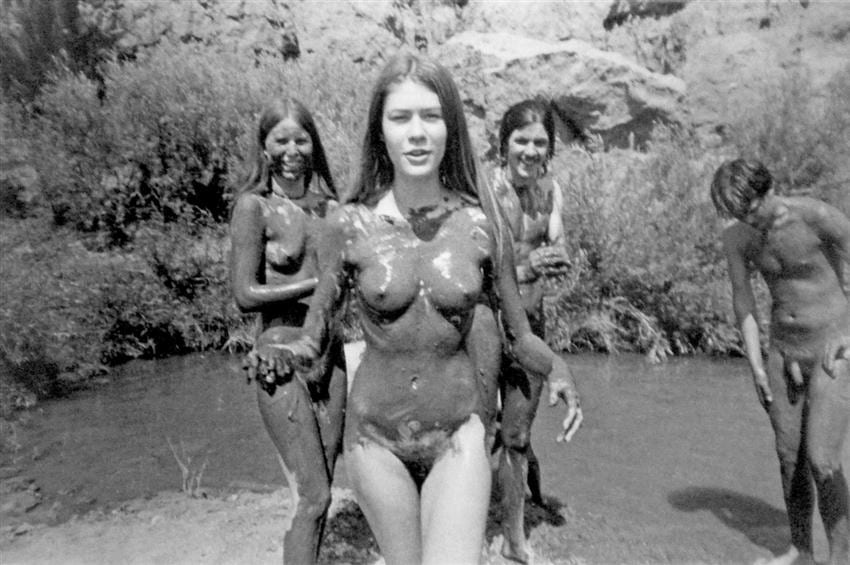 And just when you think the story’s over, there’s always a kicker: “Bobby’s been in the joint forever,” Clark winds up. “He killed some Indian, stabbed some guy. Last time I heard from him he was still in the walls. They ain’t letting him go, man. He’s a real good chess player now, I understand.”

You can’t fake an image like that, or the story that goes with it. And you can’t fake the decades it took to get these images on one wall, or the energy that they both capture and inspire.

Not that people haven’t tried. Half the commercial photographers in America have ripped Clark off at one time or another: you don’t have to look for too long to see who they are, so I won’t name names. It was fashionable for awhile to see the world that way – and then it wasn’t, and then it was again, and so on. It doesn’t matter anyway, because sooner or later we always come back to the original and celebrate its bona fides.

Whether she knew it or not, the woman with the suitcase had a little piece of history, a little piece of America, just sitting in her closet. Like most great photographs, they’re as much a mirror as a window. Go take a look, and see what you recognize.

(© Jim Lewis, 1997. All rights reserved. All images © copyright the photographer and/or publisher)