Although Modica’s final photographs of Barbara provide a sombre ending to a 15-year relationship, they also lend a glowing immortality to Barbara’s life.

Travelling through rural upstate New York in 1986 and feeling like a misplaced tourist, photographer Andrea Modica came across a farmhouse owned by a family with 14 children. Struck by this large number, she approached and asked if she could take some photographs. She was particularly captivated by an eight-year-old girl named Barbara. Their first meeting sparked a 15-year relationship that ended only with Barbara’s death in 2001 from complications of juvenile diabetes. These photographs form the basis of Modica’s exhibition, Barbara, which was on view at the Edwynn Houk Gallery in New York City from March 4 to April 17, 2004.

The 41 works in the show, displayed chronologically, reflected only a small sample of the many photographs produced during this long-term collaboration between artist and subject. Modica first documented Barbara as a young girl posed within her rundown environment, and followed her to her final illness, in which she appears as a shadowy presence immobilized in a darkened room. The closely cropped images are printed as 8” × 10” platinum contact prints. The breadth of detail and tone inherent in this process, as well as the small size of the prints, reinforce the powerful intimacy of Modica’s arresting images. Barbara’s body began to fail her as her illness progressed, and she became increasingly confined to her bed. During this period, Modica’s visits and photographic sessions continued but were often limited by space, mobility and lighting.

In Modica’s first, pivotal image of Barbara in 1986, the young girl sits with her head turned to one side, a single hand held to her chest, projecting a maturity beyond her years. In her gaze and posture there is the sense of someone who intuitively recognizes the burden of a world that she has not yet experienced. During their periodic photographic sessions, Modica and Barbara collaborated to create pictures that tell cryptic stories characterized more by questions than by answers, with Barbara freely contributing her own ideas to the picture-making process. The early images of Barbara were compiled in 1996 in a book called Treadwell. In her introduction, Maria Morris Hambourg, curator of photography at the Metropolitan Museum of Art, writes, “Towards the end of the story, the scene changes to a sacramental realm where transformation, death, and spiritual grace may enter” (p.7). Written before Modica made her final pictures of Barbara, this text serves as an eerie premonition of the transformation that would occur in her subject.

As Barbara grew into adulthood, the plump child became increasingly obese and developed severe diabetes. As her body changed, so did Modica’s approach to photographing her. “In the last pictures,” says Modica, “her body is pushing the edges of the frame. There is a sense of her body taking her over.”

Barbara’s body began to fail her as her illness progressed, and she became increasingly confined to her bed. During this period, Modica’s visits and photographic sessions continued but were often limited by space, mobility and lighting. As a result, the final images of Barbara are dark and fluid, lacking the razor-sharp clarity of the earlier photographs. The abstracted, blurred and almost featureless face depicted in the final sequence of pictures is almost fetus-like in appearance. These are images that we might imagine from a world before birth; round, unblemished faces floating in shadowy pockets of amniotic fluid. They represent the gradual regression of life, as if Barbara were moving back in time to a moment when life was closest to its fragile beginning. These final photographs contrast starkly with the earliest ones of Barbara, in which she projects a premature wisdom. The final photograph of her in the exhibition alludes undeniably to that of a suckling newborn. 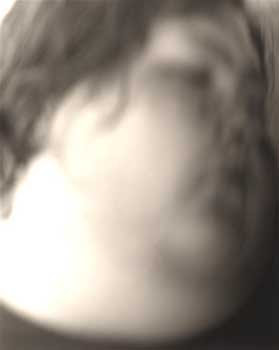 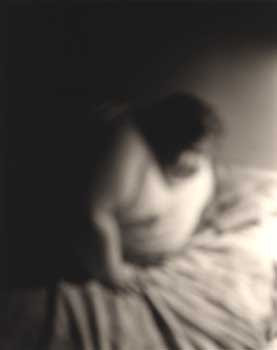 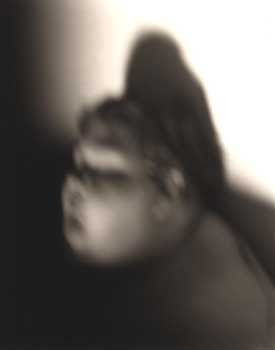 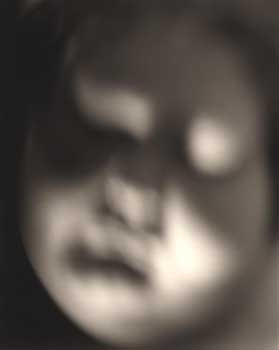 One of the images included in Modica’s book Treadwell is of a complete horse skeleton lying among the leaves on a forest floor. Far in the distance is the faint presence of a live horse. Referring to this photograph in an essay included in Treadwell, E. Annie Proulx notes Modica’s curious reference to her photographs as relics, naming this horse, “a ghost horse, an after-image of life, a reincarnation, a dream-animal, or another fragment in the reliquary of Treadwell” (p.12).

Although Modica’s final photographs of Barbara provide a sombre ending to a 15-year relationship, they also lend a glowing immortality to Barbara’s life. They are Barbara’s “ghost horse.” The suggestion of a fetus signals a magical rebirth, providing the conduit to the earlier images and a retelling of her life in an endless, regenerative cycle. These images gently portray the harsh reality of Barbara’s fading life. “There was a mania and laughter between us that kept us going,” says Modica, “but that rarely enters the pictures. You can see it in some of the last photos, even though the laughter often appears as something more ominous.” But no matter what the original context, all of the emotions one imagines might exist near the end of one’s life appear in the final images in this collection. In them we connect with pain and restlessness, peace and comfort. We find a beauty that is not always joyful and a gratitude for moments shared.

(© Jonah Samson. All rights reserved. All images © copyright the photographer and/or publisher)