Dear Mr. Frank: It seems so long since I was in New York and talked with you on the telephone that I am afraid you have forgotten the conversations we had in regard to an exhibition. Since I came back to Chicago, I have been very busy and knew you had little time to be bothered with correspondence. However, I have not forgotten that you said you might be interested in a show and my experience with The Americans have been so many since my return that I am writing you at last, still with the hope that we may have an exhibition here.

In the last week I have completed an exhibition schedule so that I am able to give you, if you are still interested, some idea of when the show would take place. How would the period of April 28 through June 11 of next year suit you? I remember you said you would like to have some delay and although these dates-almost a year in the future-may seem distant, the time will pass much faster than we think. 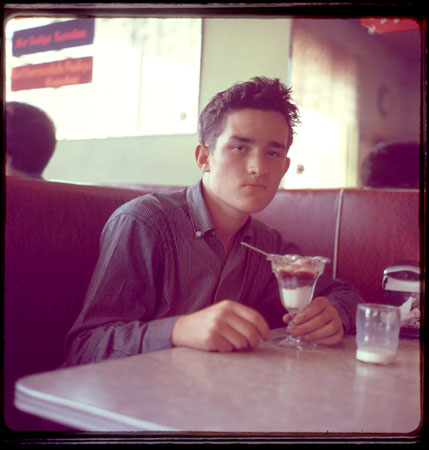 I have had the museum store stock the American edition of your book. They have sold a number of copies and there is steady demand for it. We have both the French and American editions in the print room and they have been enthusiastically received by many young photographers who come here to look at the prints in our collection. This pleases me a great deal because no other book, except Walker Evans’ American Photographs, has given me so much stimulation and reassurance as to what I feel the camera was created for. I hope this does not have too pompous a sound for I feel your work is the most sincere and truthful attention paid to the American people for a long time. Although so different and not stemming from them, it may be kept in the company of Frank Norris, Sherwood Anderson, Hart Crane, Jon Dos Passos and Walker Evans and these are the best in American expression in the time I can remember. It is a real privilege to have known your pictures in their first freshness and newness. Someday they will spread to everyone and even the most sterile and analytical of intellectuals will accept them at last.

I should greatly appreciate hearing from you as soon as possible in regard to what you think about the exhibition so that I may put it definitely in the schedule of exhibitions.

I hope to be in New York again, at least in the early fall, and talk with you again. As typewriters and telephones are instruments of inhibition for me, I regret I could not arrange a meeting during those days I was there this spring.

Hugh Logan Edwards was the curator of photography at the Art Institute of Chicago from 1959 until his retirement in 1970.