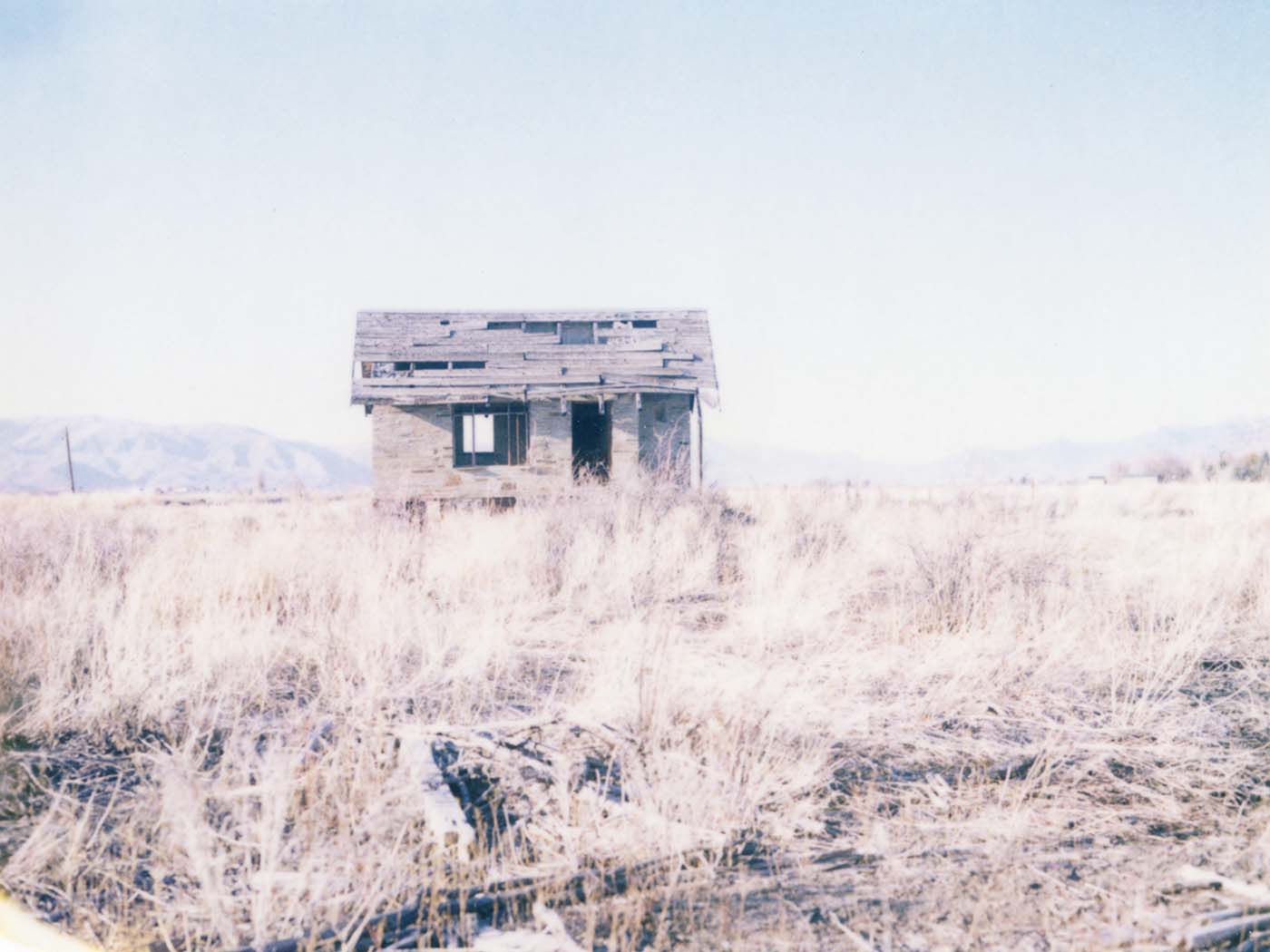 (Essay from the foreward to Wilted Country by Roger Eberhard, Verlag Scheidegger & Spiess, 2010)

You’ve left Las Vegas a mere two hours behind. The lights of the nightclubs, casinos, bars, and hotels still shimmer through the hangover in your head. And suddenly you’re nowhere. The colors pale, it becomes blinding. An unbearable heat seeps through the car. You’ve entered Death Valley. Out here, everything’s different: Emptiness for miles around. You haven’t seen a single person for what seems like a thousand years. Then you discover the dunes. Only two hours away from Vegas and there are actually a few sand dunes. You stop, of course, take photos and walk around on the dunes. You take off your shirt, your naked chest roasts.

You feel like the only person on earth. All of a sudden you hear barking. That can’t be, you think, but there’s this cute little mutt running toward you. You’re in the middle of goddamn nowhere but the dog is barking at you; who the hell knows where it came from. Probably an apparition, it is most definitely some very special animal, a spirit dog or something like that. Then on the horizon you see the horde of tourists that the pooch belongs to. You idiot, you tell yourself, and take off. The sun shines relentlessly, 122 degrees in the shade. The air conditioning in your car croaks. You stop at a gas station, walk a bit further to a lookout site and have a look at the wrinkled hill of Zabriskie Point. You can hardly breathe in the heat, but it’s mainly the thirst that drives you crazy. A minute later comes the most beautiful sound in the world: the fizz of a just opened, ice-cold can of coke. You drink it in a single gulp and then go into one of the wretched public toilets to take a piss. The stench takes your breath away. As soon as you shut the door behind you, the sweat starts pouring down. The heat turns the narrow room into a sauna. A few minutes later you’re driving through the colorless monotone expanse again.

No one ever told me how large Kansas is. Kansas sounds like a tiny state at the end of the world with a few wheat fields, hometown of Superman. But it’s more. Kansas is a twelve-hour drive into eternity. By the way: I am driving straight through the U.S., east coast to west coast. I left a few days ago and now Kansas is on my route. On a road trip, every day goes the same way. Stand up, drink a coffee in the motel on the highway, drive away, breakfast then lunch in some burger joint or another, continue to drive, drive, drive, another burger and fries, look for a motel, then good night. There’s nothing out here. And in Kansas there’s even a lot less than that. No life, no change, no people. The entire twelve hours, the landscape stays the same. It’s as though someone had stuck a huge picture in front of my windshield with only the same endless straight line dividing a huge green field. The street heads to the horizon, and then hours later when I reach the horizon, it keeps on going in another endless straight line. Sisyphus knows what I mean. Time comes undone, everything comes undone. I grab on tight to the steering wheel until my knuckles turn white, just to feel something. Other than a few farmers, it seems like no one lives here. Darkness falls. They play a lot of Springsteen and Dylan on the radio. I get off the Interstate and stop suddenly on a country road; huge fields of rye surround me. Like always when I see rye, I have to think of J.D. Salinger, the thought occurs to me automatically, every time. Meanwhile, the chirping of the crickets drowns out the music. Above me is the kitschiest starry sky that you could ever imagine. The next person is probably miles away. I close my eyes and think of the roar of New York, where I started out from a week ago. Or the noise of Chicago. Then I open my eyes again. Suddenly I like being out here. The lonesomeness and calm; crickets and Dylan and Springsteen, and the crystal clear sky at night. At this moment, I’m not missing anything. Freedom is just another word for nothing left to lose. I smoke a peaceful cigarette, maybe two, then flick the butt away and climb into the car. When I get back on the highway, a sea of lights shines in the distance announcing a huge metropolis. I flip through the map, but there’s no city at all to be found. Strange. Getting closer, I see that it’s not a city. It’s just a billion lights, a bunch of gas stations, supermarkets, fast-food chains, and motels. They built these consumer temples out here in the middle of nowhere. Somehow the plan didn’t seem to work out, though: I don’t see any people. Everything seems to have died out. A different kind of ghost town. 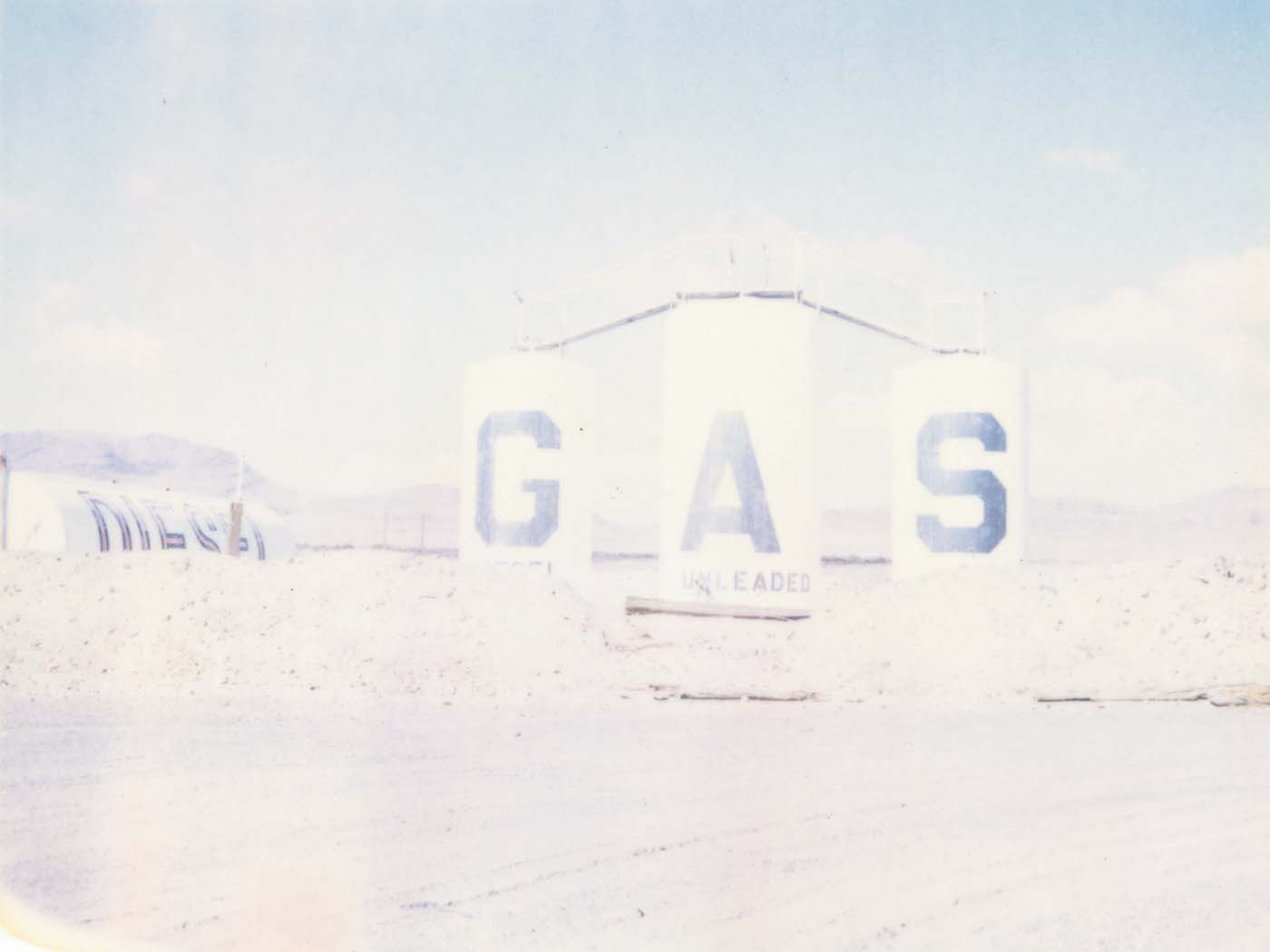 After the city comes the countryside, after the noise the silence, after the progress the regress. You’ve just barely gotten used to the metropolises and then you always end up again in no man’s land on your tour through the States. The states are young, people forget that. The country attempts to walk the line, it wants to be modern, but the price for the huge cities that shot up on the coasts are the even greater voids in between, where there’s nothing, no tradition, no history, no skyscrapers. Just a few people that live their lives, remote from everything, in a vast emptiness that they’ve filled with fast food restaurants, religions and Wal-Marts. In the meantime, I’ve gotten used to this disparity. I’ve traveled through the country for almost three months now. I’ve had some fantastic moments behind the steering wheel of my leased Toyota. I drove through the serpentine of the Rocky Mountains in storm and rain, swerved to avoid leaping deer at Grand Junction; raced in fog across the bridge to Rhode Island, and in a sunset through Colorado to the Canyons. I drove through Yosemite and Yellowstone National Parks, and along the west coast, with the Pacific sparkling away to my right. So enticing, I stopped a moment later at a coastal town and went surfing. Now I’m driving back to New York. I get off of the highway in Texas and like all of the romantic tourists, embark down the trail of old Route 66. A few trailers and houses that look more like shacks scattered around. Old wanted posters hang in the restaurants, most of the waiters have a butt stuck in the corner of their mouths when they talk and everywhere you can buy pendants, shirts, and mugs with the Route 66 emblem. Time seems to have stood still. I actually do see bikers on their Harleys from time to time. A few fellow romantics. Traveling the tracks of old Route 66 I pass by little villages that life detoured decades ago. Derelict gas stations, half-demolished buildings, shops covered in dust with cracked window panes, junk heaps with piles of old vintage car wrecks stacked up on top of each other. And, of course, there are more churches, but there hasn’t been any praying going on in them for a long time now. Out here, the colors seem to pale again, paint is gone, nothing shines. I feel like crap. All I want to do is get away from here, I think, and climb back into the car. Meanwhile, I’m sick of the constant driving, the heat, and the lonesomeness, too. Suddenly, the humid day ends in a magnificent evening. The sky turns red. I hold my hand out the window and make waves in the air rushing by. My mood improves, especially when I pick up two hitchhikers. A couple from Oregon, Sue and Michael; they’re traveling around the country like I am. The two have a huge backpack with them, their clothes look pretty dirty, and of course they instantly roll a joint in the backseat. We get to talking. There’s good music playing on the radio now, we talk and laugh while the reddish sun above lights up the endless, empty road ahead. Suddenly, everything out here feels free and huge and right. 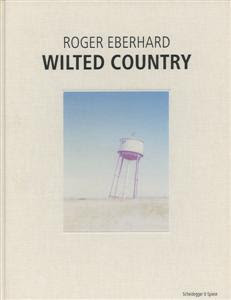