Bernd and Hilla Becher began their collaborative project in 1959 (and were married shortly thereafter), at a time when German photography was mired in the same collective paralysis as the culture at large. The most prominent photographer at that time was Otto Steinert, whose Subjective Photography movement attempted to resuscitate moribund ideas of expressive pictorialism. The Bechers’ work—clearly delineated, neutral views of industrial architectural forms seen from fixed vantage points against a cloudless sky and without expressive effects—looked back to a richer tradition in recent German art, the Neue Sachlichkeit (New Objectivity) photography of August Sander, Karl Blossfeldt, and Albert Renger-Patzsch. What the Bechers sought from their subjects was the ways in which a single type of structure (watertower, blast furnace, etc.) varied wildly in its external appearance due to its specific historical, geographical context. This site-specificity, as it were, was most clearly visible when they showed their photographs in groupings and grids comparing the different forms, which soon became their preferred method of presentation.

By the time Bernd Becher became professor of photography at the Kunstakademie in Düsseldorf in 1976 (policy matters prevented Hilla’s simultaneous appointment), the Bechers’ work, with its emphasis on impersonal series, had been successfully integrated into the broader arena of Minimal and Conceptual Art. Their photographs were included in international surveys such as Information at the Museum of Modern Art in 1970 and documenta V in 1972, and they called their first monograph Anonyme Skulpturen (Anonymous Sculptures), an implicit nod to the legacy of Duchamp’s readymade. The Kunstakademie in Düsseldorf had been at the forefront of German contemporary art since Joseph Beuys was appointed professor of sculpture in 1961, and students included Anselm Kiefer, Gerhard Richter (who went on to teach painting there), and Sigmar Polke. Throughout the 1970s, leading artists such as Michael Asher, Daniel Buren, and Richard Serra visited or taught there, and their presence would also influence the Bechers’ first students. 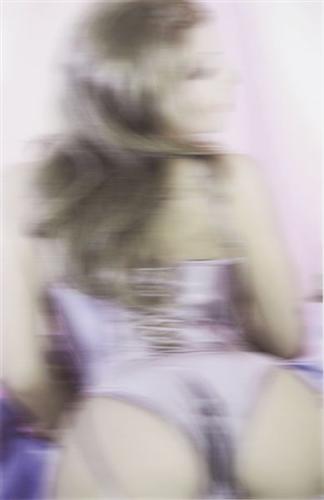 Among the most important and earliest of the Bechers’ pupils was Thomas Struth, who first enrolled to study under Gerhard Richter before moving to photography. Like his professors, Struth rigorously excluded all traces of subjectivity from his images by using a centralized viewpoint and comparative technique. He chose as his central subject the city street, first focusing on his native Düsseldorf before moving on to other European cities; this early work culminated in the artist’s one-year scholarship to New York in 1978. Struth catalogued with clarity and dispassion the unselfconscious structures that characterize a culture—that irreducible mélange of textures, shapes, and the scale of its streets. The results infused an older tradition of urban architectural photography, exemplified by Charles Marville (1816–1878/79), with the lessons of recent Minimal and Conceptual Art—the clear-eyed geometries of Sol LeWitt and a concern for social, historical, and institutional context as shown in the work of Michael Asher and Daniel Buren.

Over the next decade, Struth expanded his project geographically to include many other cities in Western Europe, America, and Asia. He also abandoned one-point perspective and serial comparison to locate meaning within individual images, rather than between them, creating distinctive portraits of place that chart the historical transformations affecting our urban environments. Struth’s most celebrated pictures belong to the so-called Museum Photographs series—large color images of people visiting churches, museums, and other cultural destinations around the world, including the National Museum in Tokyo, the Art Institute of Chicago, the Vatican, and the Kunsthistoriches Museum in Vienna, among others (1996.297).

Struth’s Museum Photographs of the late 1980s constituted a major addition to the progression of photography toward the center of contemporary artistic practice by seeking to reconcile Conceptualism’s knowing self-critique and concern for institutional context with the renewed desire to engage with representation, narrative, and other forms repressed in recent art. As such, Struth’s large-scale color photographs were the next chapter in a development that had begun a decade earlier in the work of Pictures Generation artists such as Cindy Sherman and Richard Prince (whose photographs were often collected by departments of painting and sculpture instead of those devoted to photography), or the grandly orchestrated lightbox tableaux of Jeff Wall—the increasing acceptance of the medium into the wider field of art. 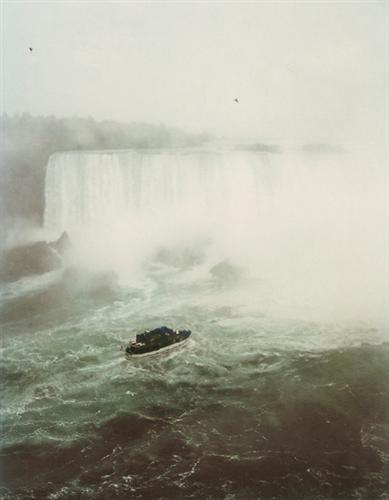 Although the Bechers’ students tend to be grouped together for the sake of art historical convenience, their respective careers reveal greater differences than similarities. Like Struth, Thomas Ruff works in series divided by subject (such as portraits, nudes, interiors), but the latter’s cool, nearly clinical approach shares almost nothing with that of his fellow students at the Kunstakademie. His subject can be said to be photography itself: the artist has described his landmark series of portraits of friends and colleagues not just as portraits of people, but as portraits of portraiture for those raised on images as much as reality (1999.210). It is fitting to note also that Ruff was the first photographer from the Kunstakademie program (again in his series of portraits) to dramatically enlarge the size of his pictures—a move intended to refer his works to the scale of traditional art as well as that of the highway billboard—and to face-mount them directly to a sheet of Plexiglas to enhance their sheen and objectlike quality, two technical innovations widely imitated in contemporary photography.

Perhaps the most misleading, and frequently offered, comparison of Becher students is between Struth and Andreas Gursky. A passing glance at their photographs makes this understandable: both make large, technically proficient, globally oriented views of social spaces. The viewer may also sense from their pictures that both artists carry a large swath of the history of visual representation with them, however lightly, from painting and cinema to photography in all its myriad forms. Yet their visions could hardly be more different: Struth is an artist consumed with history and its relationship to the individual subject, while Gursky assumes a bird’s-eye vantage point on the movements of the mass—a beehive of feverish production and consumption that effaces historical reflection in favor of the spectacles of technology and tourism (1995.191). 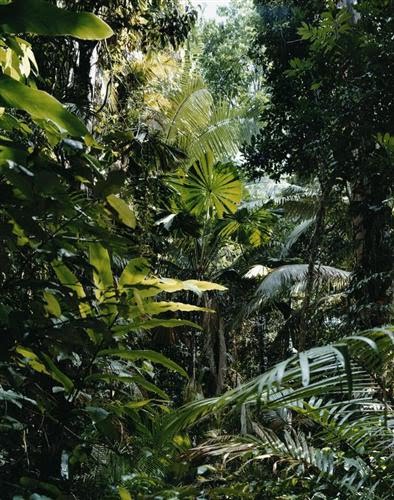 Recent touring retrospectives of Struth and Gursky have led to increased interest in previously overlooked students of the Bechers, most significantly Candida Höfer, who for nearly three decades has examined the mostly empty interior spaces of public buildings—from lecture halls and museums to lobbies and waiting rooms—that together reveal what has been described as a “psychology of social architecture.” The son of an art historian based in Rome, Elger Esser has imported a repertoire of more traditional pictorial effects and composition (from Canaletto to Japanese painting and the Impressionists) into the rigorously conceptual schema of his teachers and their older students, such as Struth and Ruff. Finally, the Bechers’ influence comes full circle in the work of one of their last students, Frank Breuer, who accumulates individual examples of a single architectural type—in this case, the billboardlike facades of transnational, postindustrial corporations that line the highways of the world. Unlike the ugly but endearing structures of the modernist era (which were designed without regard for aesthetics) chosen by his professors for their subject, Breuer’s vaguely sinister false fronts of warehouses for global titans such as Nike and Philip Morris intentionally reveal nothing of what goes on inside, projecting instead the power of a logo over a brightly colored field, like the heraldic emblems of new rulers.

Department of Photographs, The Metropolitan Museum of Art