“Most people thought that I was glorifying that behavior,” says the 25-year-old. “But I also saw them as horror stories.”

Dash Snow (1981-2009) has been taking pictures since he was 11. But it was after a two-year stint in juvenile detention, at age 16, that he turned to the Polaroid camera to shoot the happenings around him. Almost a decade later, this New York artist’s Polaroids—which involve images of bruised faces from street fights, vomiting 20-year-olds hanging over railings, hardcore three-way romps on hotel beds, and young noses vacuuming up cocaine-became his introduction into the art world.

Lost, passed out, and fucked-up, the friends and acquaintances caught in Snow’s images are reminiscent of Weegee’s mafia-hit photographs—if Weegee’s victims’ wounds had been self-inflicted. “Most people thought that I was glorifying that behavior,” says the 25-year-old. “But I also saw them as horror stories.”

In one Polaroid of a deserted Shell station, the S has been burnt out, leaving the word “hell” burning red in the night. In the last few years, Snow’s productions have gone beyond the Instamatic process. A square piece of paper from a recent show reveals a photocopy of a recent mug shot of Snow, while the other side reads “Bin Laden Youth” with a phone number for the Good Samaritan Suicide Hotline; he spread 6,000 of these flyers on a gallery floor for viewers to clear their own paths. At last spring’s Whitney Biennial, Snow’s contribution included a record player with an inch of white powder around the rim and a sign that read “Eat Shit & Die.” 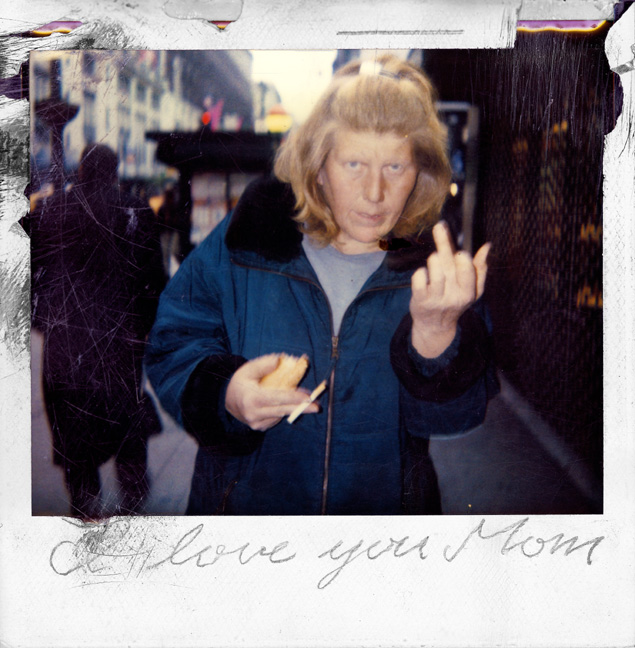 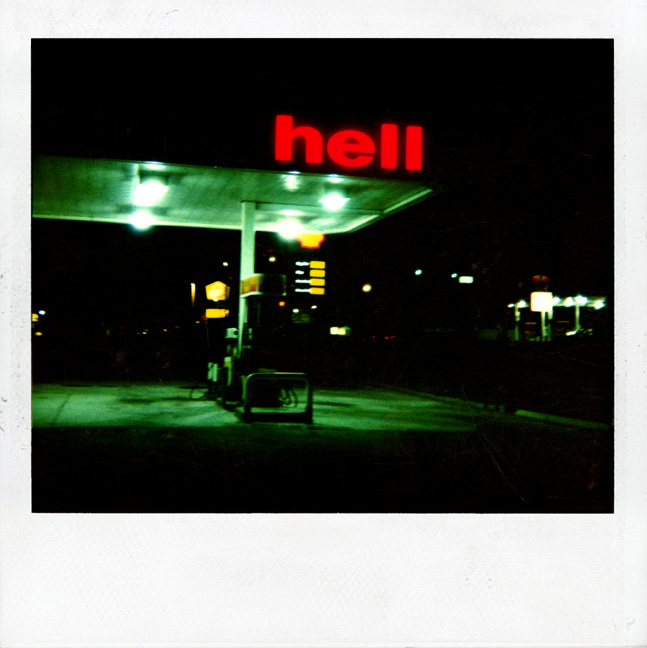 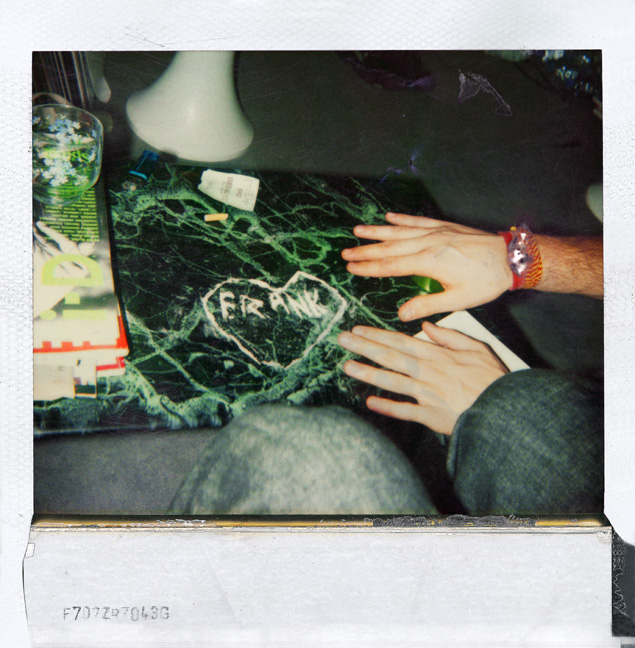 No question, shock is a heavy ingredient in Snow’s pieces, but there is more to his work than fashionable mayhem.

No question, shock is a heavy ingredient in Snow’s pieces, but there is more to his work than fashionable mayhem. His photographs, sculptures, and collages deal specifically with tough questions about surveillance and authority—and often the places where those controls break down. Recently, the artist has been taking pictures of the Los Angeles River, starting in Los Feliz and following its course. “I also spent a lot of time on the elevated train tracks in Manhattan,” he says. “I’m interested in nonpoliced zones.”

The personal journeys don’t stop there. His collages are also inspired by his daily routines around New York. “It’s protest art,” he says. “Pretty much against everything that’s happening right now.” Snow finds his material on the street, and in three main New York newspapers, which are delivered every morning to his door. The collages include anthropomorphic forms and pulled-from-the-headlines messages about war, death, and dreams. 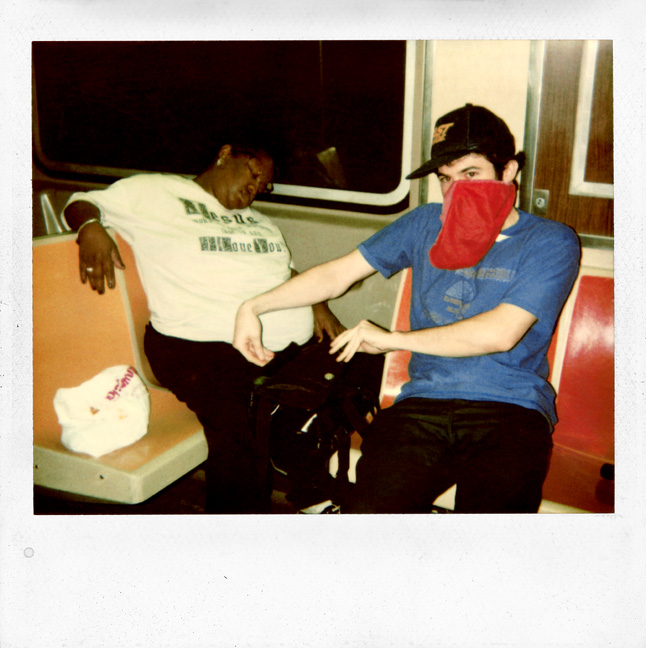 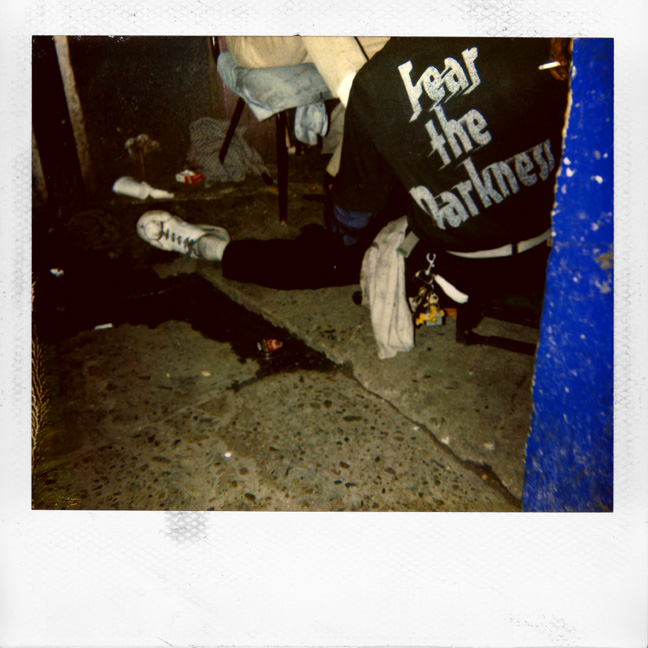 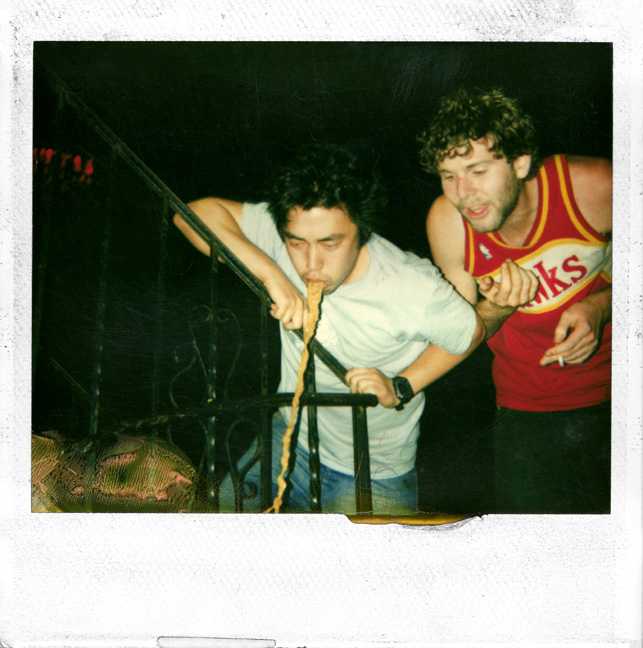 Despite his growing artistic presence, getting in touch with Snow is no easy task: he doesn’t use e-mail or cell phones. He doesn’t even own a television.

Despite his growing artistic presence, getting in touch with Snow is no easy task: he doesn’t use e-mail or cell phones. He doesn’t even own a television. While his antitechnology bent is not far from the Unabomber’s (Snow has a tattoo of Saddam Hussein on his right forearm and another of Ted Kaczynski on his left), it is probably more in line with one of his artistic heroes, Kenneth Anger, famous for only corresponding through postal mail. “I have a house phone and that’s it,” says Snow. “I know being anti-technology is kind of funny because I take pictures. But technology makes everything less sacred. All the outdated tech stuff in the world would fill land dumps the size of Manhattan.”

Snow’s life is about walking the tightrope between social malcontent and art Wunderkind, and that tension comes through in his work—and even his clothes. Among the pieces that Snow plans to show at an exhibition for Agnès B. this winter is the white suit he has been wearing almost every day. “Agnès gave it to me new, so I’m going to take it off and hang it on the wall all dirty,” he says. Like his Polaroids, each of those stains will have a dark story to tell.

EXPLORE ALL DASH SHOW ON ASX

(© Christopher Bollen. All rights reserved. All images © copyright the photographer and/or publisher)