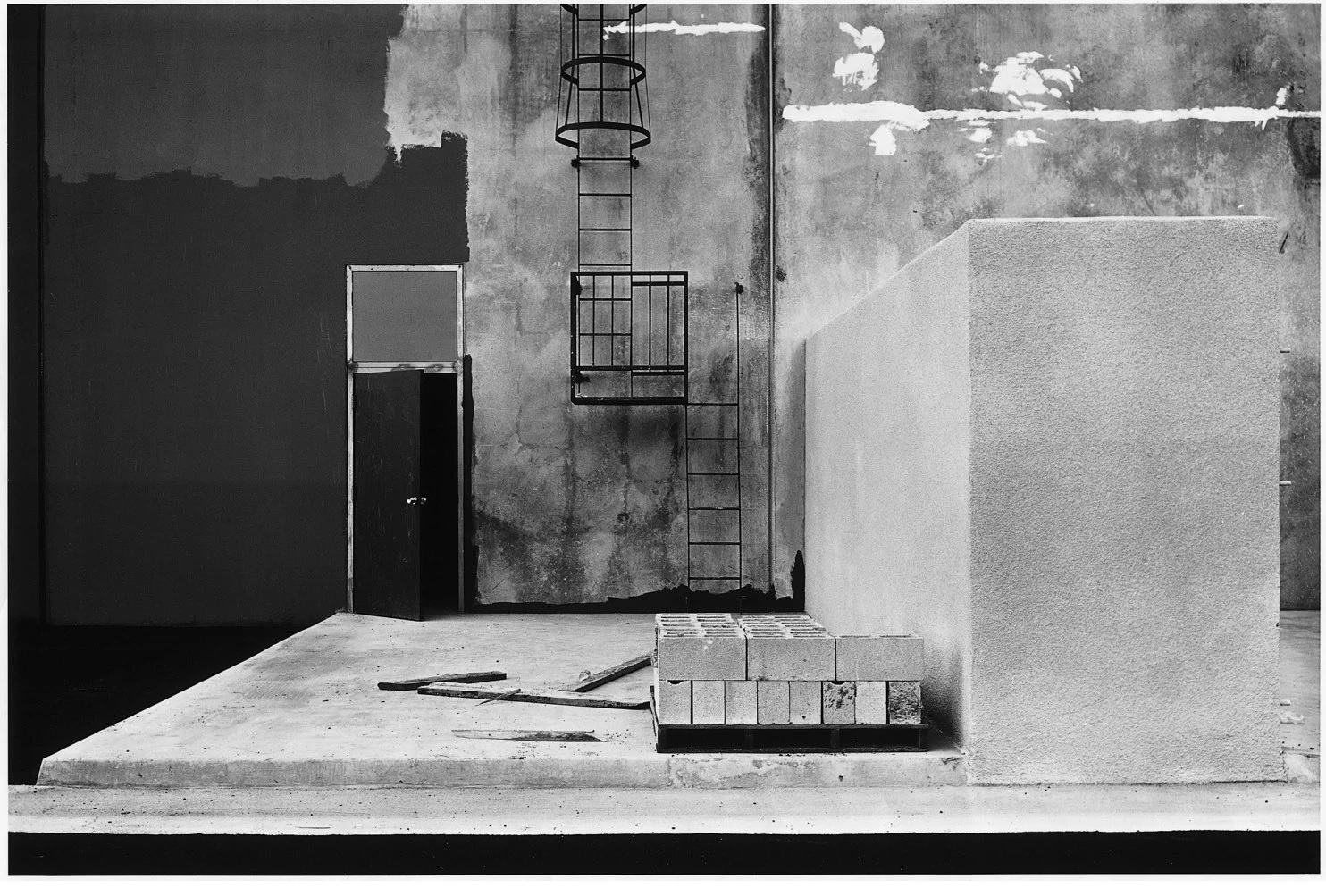 
When Baltz’s series “The Tract Houses” was exhibited at the International Museum of Photography in 1972, photographs by Bernd and Hilla Becher purposely appeared in an adjoining gallery.

Typical locations: Previously unimproved land. Proximity to freeways and airports is of primary importance. Secondary consideration is given to the availability of rail and marine transport.

Typical considerations in site selections: Flat land requiring a minimum of grading and which poses no unusual problems in soil or foundation engineering. Typical choices are valley bottoms or the flood plains of rivers. As this type of land is originally often agricultural, the development of one or more large industrial areas may cause severe dislocations in the local economy, such as have occurred in parts of Orange and Santa Clara counties, where agriculture has been almost completely supplanted by the development of industry.

Typical site planning: One developer plans the entire industrial area, usually in conformity with a county or regional master plan. The site is divided into a simple grid of streets and blocks. The grid pattern is broken only at the perimeter of the development, where an encircling frontage road may channel traffic to freeway access or to previously existing surface streets. Broad interior streets are designed to accommodate large numbers of heavy vehicles. Lot sizes, setbacks, and other zoning determinations are incorporated into the master plan and maintained uniformly throughout the development.

Typical construction techniques: A 6″ thick concrete slab is poured to form the floor. Concrete slab walls are then poured in forms on the floor slab. These wall slabs are poured in modules. A typical module for a light industrial building would be 18′ x 18′ with a thickness of 6″. Cranes lift these into an upright position along the perimeter of the floor slab, leaving a space of approximately 18″ between the edges of the wall modules. Concrete columns are then poured to join the wall modules. These columns often protrude from the exterior surface of the wall and are commonly painted a color different from that of the wall modules as an element of decoration. Roof structure is usually constructed of glue-laminated wood beams. In cases where the area to be spanned is unusually large and the tenant requires that the interior space be free of supporting columns, pre-fabricated roof trusses are employed. Pre-fabricated windows and doors are available in a number of standard sizes. A building of this type, suitable for warehousing or light manufacture, can cost between $11.00 and $50.00 per square foot, depending upon the division of the interior spaces and the quality of finish required. 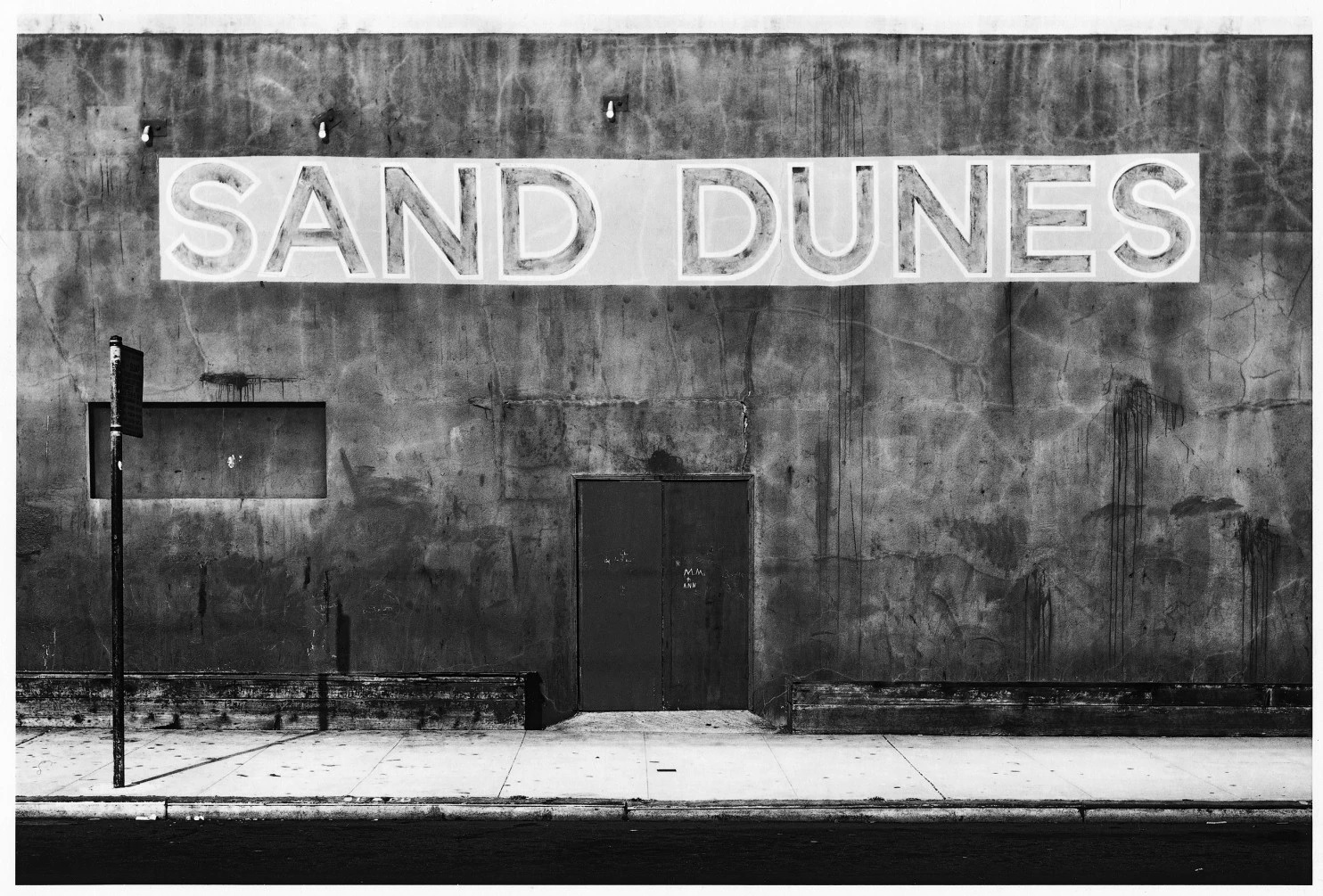 Typical functions: Such developments typically house industries which have become significant in the years since the Korean War. These include: aerospace; data processing and information storage; leisure time industries, such as the fabrication of recreation vehicles and equipment. Often these developments house storage and distribution centers for firms whose manufacturing occurs in other parts of the country or abroad.

Typical names: Often companies tend to select names which obscure the nature of their activities and the identity of their owners. These names are often drawn from the terminology of space exploration, cybernetics, electronics, plastics, and similar new technologies.

Typical environmental relations: Industries which tenant the new industrial parks are often induced to locate there by neighboring communities which regard light industry as an economic asset. Characteristics of heavy manufacturing and extraction industries, such as air, water and noise pollution, unsightly structures, and the necessity of a large unskilled labor force are explicitly absent from the new industries. In contrast, new industries tend to have substantially lower pollution levels; are housed in inoffensive, anonymous structures, often with extensive landscaping; and are staffed by a small, technologically trained labor force, earning middle to upper-middle range salaries.

If they are documents they are very poor ones since they provide so little useable information. The only transperancy present is in the photographs themselves.

Typical economic considerations: As these industries provide goods and services of a more highly specialized nature than the older heavy industries, they are therefore more subject to economic fluctuations. Furthermore, as these industries often depend in sum or part upon government contracts, they are vulnerable to changes of priorities in the federal budget even in periods of general economic stability.

There exists a thoroughly understandable tendency to regard Lewis Baltz’s work as astringent reportage: a simple and accurate re-presentation of subject matter. In fact, when Baltz’s series “The Tract Houses” was exhibited at the International Museum of Photography in 1972, photographs by Bernd and Hilla Becher purposely appeared in an adjoining gallery. Such a comparison is obvious, particularly if one considers the precise, almost restrictive delineation of subject matter present in both groups of photographs. It is, however, the remarkable differences between Baltz and the Bechers that are of interest to me, differences that can be easily seen once the superficial similarities involving style and subject matter are removed. 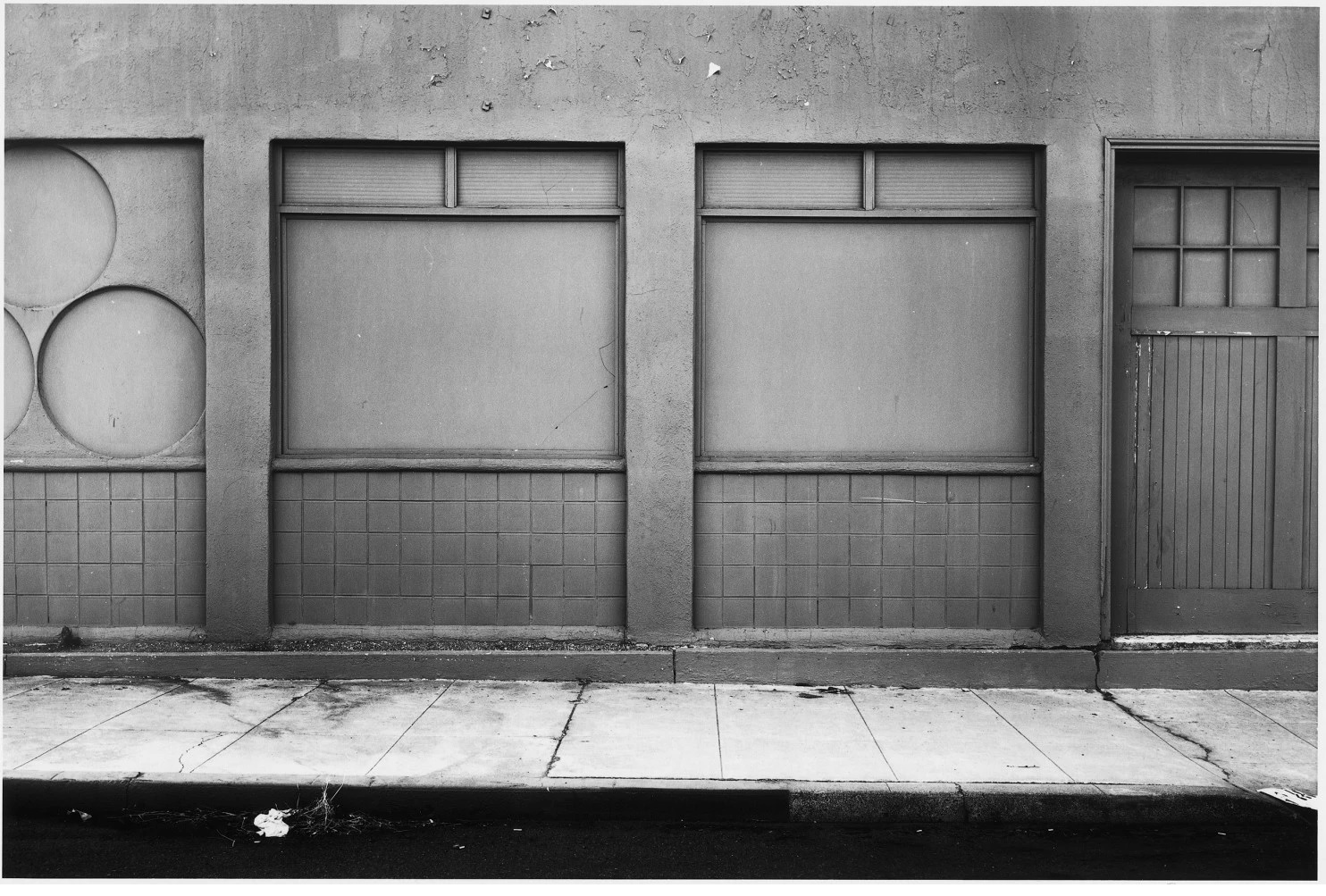 Clearly the Bechers are involved in conceptual problems concerning function, form and anonymity and address these problems through the medium of photography, it being the most convenient method of keeping visual records. But they do not function as photographers in the sense that their prints are not pictures but flat, minimal, detached, analytical documents. The Bechers are interested in anonymous sculpture, not photography.

These pictures by Baltz are much like the written material he has provided to accompany them in they pretend to a detached analysis of subject. In order to realize that this is indeed a pretense one need only to consider how very much in keeping with the subject matter Baltz’s records are. If they are documents they are very poor ones since they provide so little useable information. The only transperancy present is in the photographs themselves. We see clearly through them, but only as far as the opaque concrete facade with the company name PLASTX upon it. The name doesn’t tell us what they make and, conspicuously, neither does Baltz.

(© Lewis Baltz, 1974. All rights reserved. All images © copyright the photographer and/or publisher)