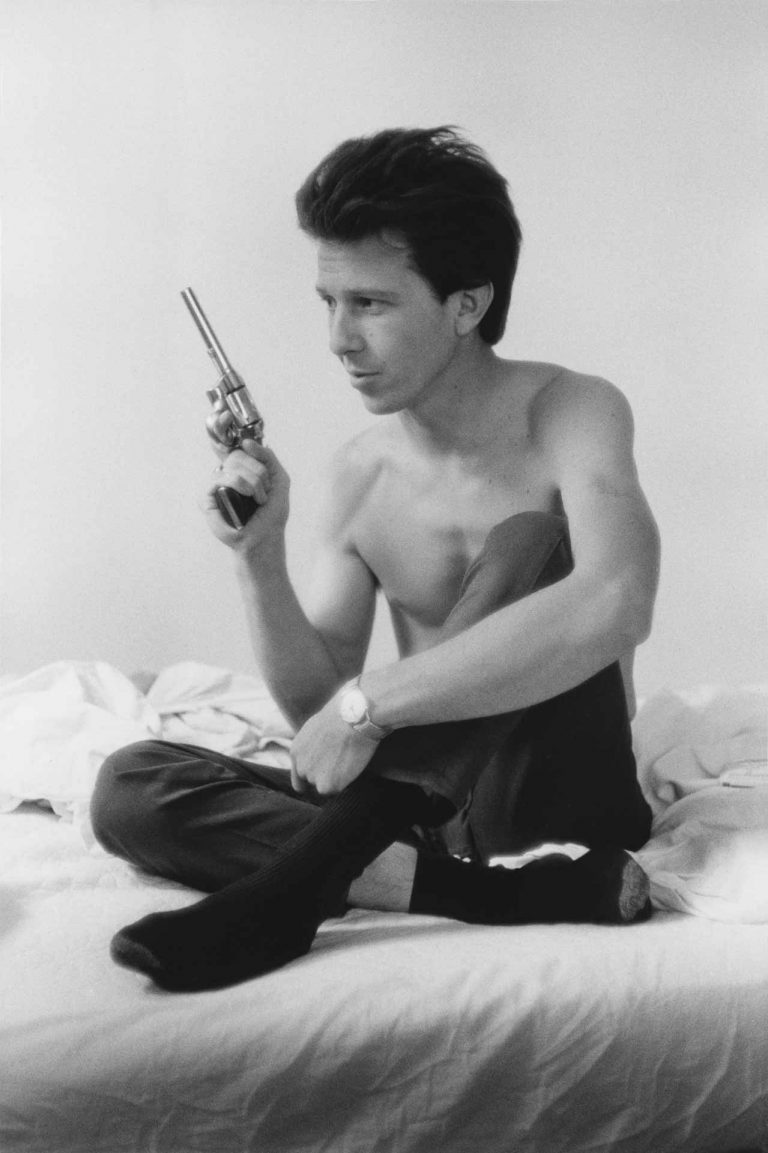 “When I was 16 I started shooting valo. Valo was a nasel inhaler you could buy at the drugstore for a dollar with a tremendous amount of amphetamine in it.”

I was born in Tulsa, Oklahoma in January 1943. When I was 16 I started shooting valo. Valo was a nasel inhaler you could buy at the drugstore for a dollar with a tremendous amount of amphetamine in it. We would work up a shot and shoot it. I shot with my friends everyday through high school. When I was eighteen I left Tulsa and went to art school and studied photography. In 1963 I went back to Tulsa and shot valo and took pictures for a few months. Then I went to New York City to become a magazine photographer but I was drafted so I did two years in the army. 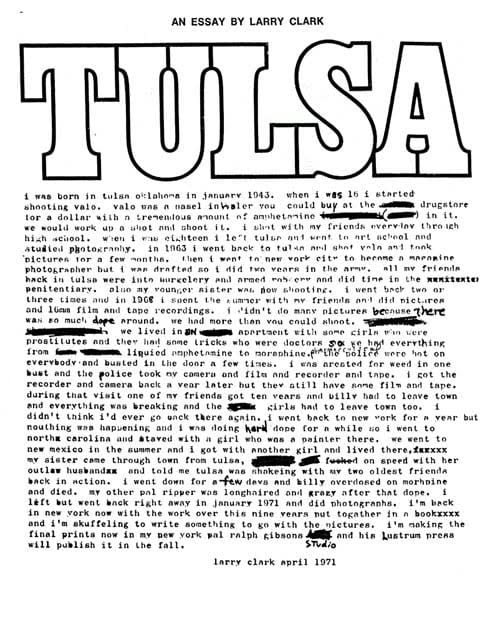 All my friends back in Tulsa were into burglary and armed robbery and did time in the penitentiary. Also my younger sister was now shooting. I went back two or three times and in 1968 I spent the summer with my friends and did pictures and 16mm film and tape recordings. I didn’t do many pictures because there was so much dope around. We had more than you could shoot. We lived in an apartment with some girls who were prostitutes and then had some tricks who were doctors so we had everything from liquid amphetamine to morphine pharmaceutical. The police were hot on everybody and busted the door down a few times. I was arrested for weed in one bust and the police took my camera and film and recorder and tape. I got the recorder and camera back a year later abut they still have some film and tape. During that visit one of my friends got ten years and Billy had to leave town and everything was breaking and the girls had to leave town too. I didn’t think I’d ever go back there again. I went back to New York for a year but nothing was happening and I was doing hard dope for awhile so I went to North Carolina and stayed with a girl who was a painter there. We went to New Mexico in the summer and I got with another girl and live there. My sister came through town from Tulsa, f-cked on speed with her outlaw husband and told me Tulsa was shaking with my two oldest friends back in action. I went down for a few days and Billy overdosed on morphine and died. My other pal Ripper was longhaired and crazy after that dope. I left but went back right away in January 1971 and did photographs. I’m back and I’m skuffeling to write something to go with the pictures. I’m making the final prints now in my New York pal Ralph Gibson’s studio and his Lustrum Press with publish it in the fall.

(© Larry Clark, 1971. All rights reserved. All images © copyright the photographer and/or publisher)