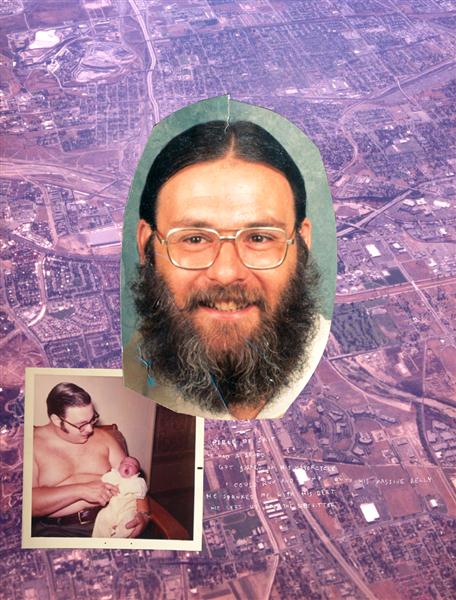 The “Epic Experiment to Break Ed’s Spirit” would begin when little Ed Templeton was just a wee young lad. A cast of characters were put into motion that would attempt to affect and influence Ed, to “deform” him and to warp and bend his pure and unblemished shape. The roles that they would play were established and the actions that they would take were set in motion. Some of the characters were placed in little Ed’s life to do good yet one dark figure was built to do much bad. This big-bellied, raging tempered, slothful creature was carefully built to achieve his task – the destruction and breaking of little Ed and his spirit. As a counter to his darkness, heroic figures would step in that were driven by goodness and love. They would, through their love, prevent much of the damage yet the key figure was most formidable and seemed initially destined to achieve success.

The primary weapon (mentioned above) would be the villainous “Dad” (an ill fitting name), otherwise known as “Piece of Sh-t”, “Scammer” (faked a work injury to collect benefits) or “Louse”. He was equipped with a devastating arsenal of tools that could and would be wielded to inflict maximum punishment on the enemy and target for his dastardly deeds, little Ed. The tools would include belts (good for whipping the backside when angry), fists (good for hitting anywhere on a target child’s body), a huge belly (good for holding large volumes of Schlitz beer to provide temper fuel – the can with the blue bull), and a significant height and weight advantage (good for manhandling and intimidating your sons with ease and no danger of retaliation). “Piece of Sh-t” would have quite a few years to achieve his ambitions yet he would ultimately fall short. That he would fall short is a miraculous thing, yet fitting for a lazy louse I would imagine.

As mentioned above, several Heroes and Angels would enter the scene to counter “Piece of Sh-t’s” ambitions. The first heroes and crucial figures in Ed’s salvation would be Connie and Will, otherwise known as “Gramps” & “Nana”. Although their bodies were aging, they would battle with the ferocity of a Spartan for Ed’s soul and they were equipped with an otherworldly arsenal of tools that would include Faith (good for giving an eternal perspective), Hope (strength to pass on, allowing a child to make it through adversity), Patience (good for standing by through “thick and thin”) and enduring, utterly, unfailing Love (good for helping to build a solid foundation in one’s character and also to provide a moral compass). 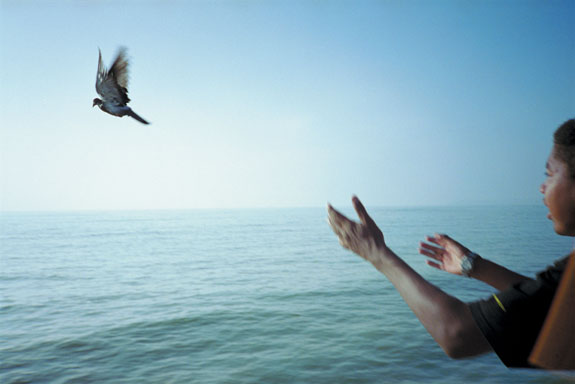 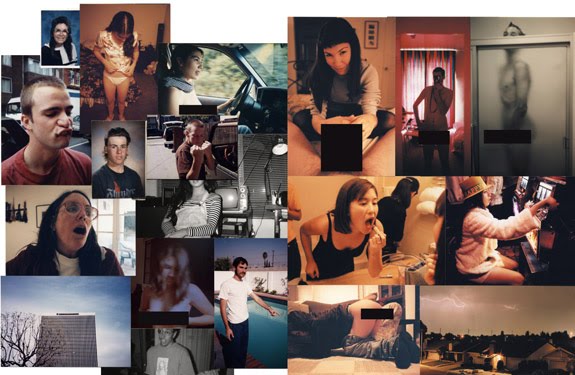 As a grown man, Ed would come to create an Ode to his and to youth’s troubles (11 years in the making) and to his ultimate salvation in the form of a book, “Deformer”. The book would serve as a vehicle for self expression, also to give testament to his battle, to his heart, to his spirit, to his desires and to his love of life.

As a witness to the heroism provided by “Gramps” or “Will”, we can look at Deformer which includes letters that were written to the young Ed:

Your character is being formed. You want to be a good character. Your character, the personality you develop is yours alone. You are unique. Make the right choices. YOU have to live with them for always.

Handsome is as handsome does. (It is what is inside of you that counts.)

Evil is as evil does.

RIGHT and wrong. Your choice.

Man is not an island. You don’t live in a vacuum. What you think and say and do interacts with others – your fans, friends, family.

The mother of young Ed, Susan Hope Templeton or “Suzie”, would be as if a boat on an ocean without a sail or an oar… a drifting child, damaged head, nothing less but certainly much more. Brain damage as a little girl, a crippled head, maintenance drugs and life as a whirl. Oh, that “Dad” would trample on her… a giant sloth foot, stomping on a pearl.

The next crucial figure to provide Ed with the “wings” that he would need to soar high and defeat the villain, “Dad”, would be the heroine, Deanna Templeton, who would ultimately make a pact with Ed for life as his lover, and sacred wife. Deanna would be equipped with an arsenal of angelic tools to help Ed overcome his foes including pure and all-consuming love (good for giving courage and the feeling that one can do anything, weather any storm), touch and affection (perfect to heal any wound, overcome any hate, empower any man) and commitment (“I will go anywhere with you, do anything for you, never leave your side”).

To supplement my written testimony is written proof for this need in Deanna that Ed would fill… another quote from the Ode that is “Deformer”.

“Me + Life is like a battery, we’re both negative though, and if you put 2 negative together they just don’t work, just as if they were dead… I’m finally getting something I want, I get to be dead.”

Little Ed was born to be the positive to Deanna’s negative – their battery would come alive and serve as the power, electric love, built to thrive. Together, they would conquer the world.

It is here that I’ll cut the story short, you have heard the important part. That Ed could not be fucked. The villain “Dad” would ultimately flee (with “Brandy”, the 16 year old babysitter) their Corona trailer park (defeated by little Ed, Deanna, “Gramps” and “Nana”) and head off into the darkness with his hideous tail tucked between his big fat legs to live the rest of his miserable life in a cave, alone… miserable and fat, gnawing on a bone. 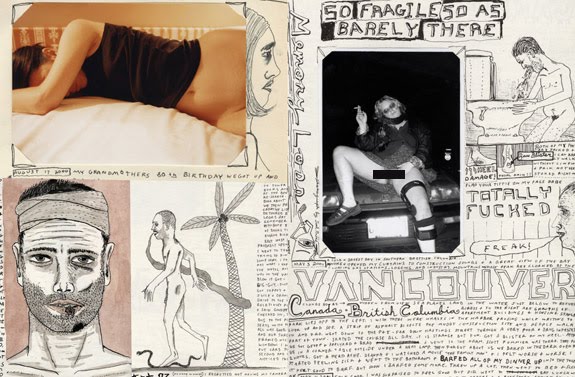 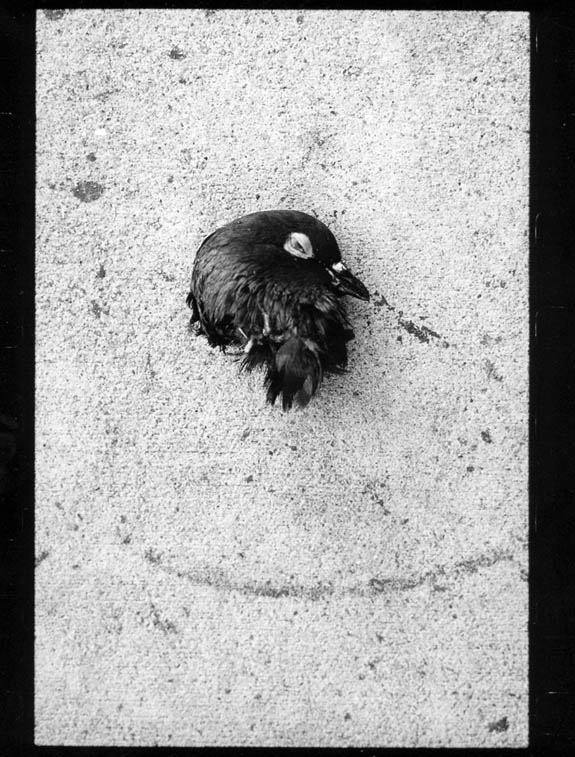 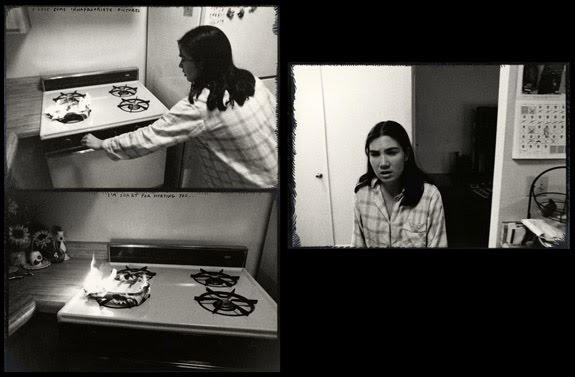 “I shot some inappropriate pictures… I’m sorry for hurting you.”

F-ck the enemies, f-ck that which would break us, f-ck the villains and thank God for the heroes. We are broken to be repaired! We struggle through pain to find hope! We are a negative waiting to find our positive! We make mistakes to find redemption! We are born with hurt so that we can feel love.

The epic photographic/written/drawn/sweat & blood tale that is Deformer taps into the epic story that is LIFE, into the monsters and the angels, the pain and the suffering, the hugging and the tasting, the praying to prevent the wasting. This is what photography should be… Scars and Hugs, Tears and Fears.

This is “little Ed” and Deformer is his Ode. A bar has been set. 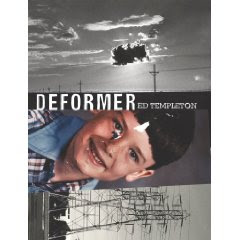