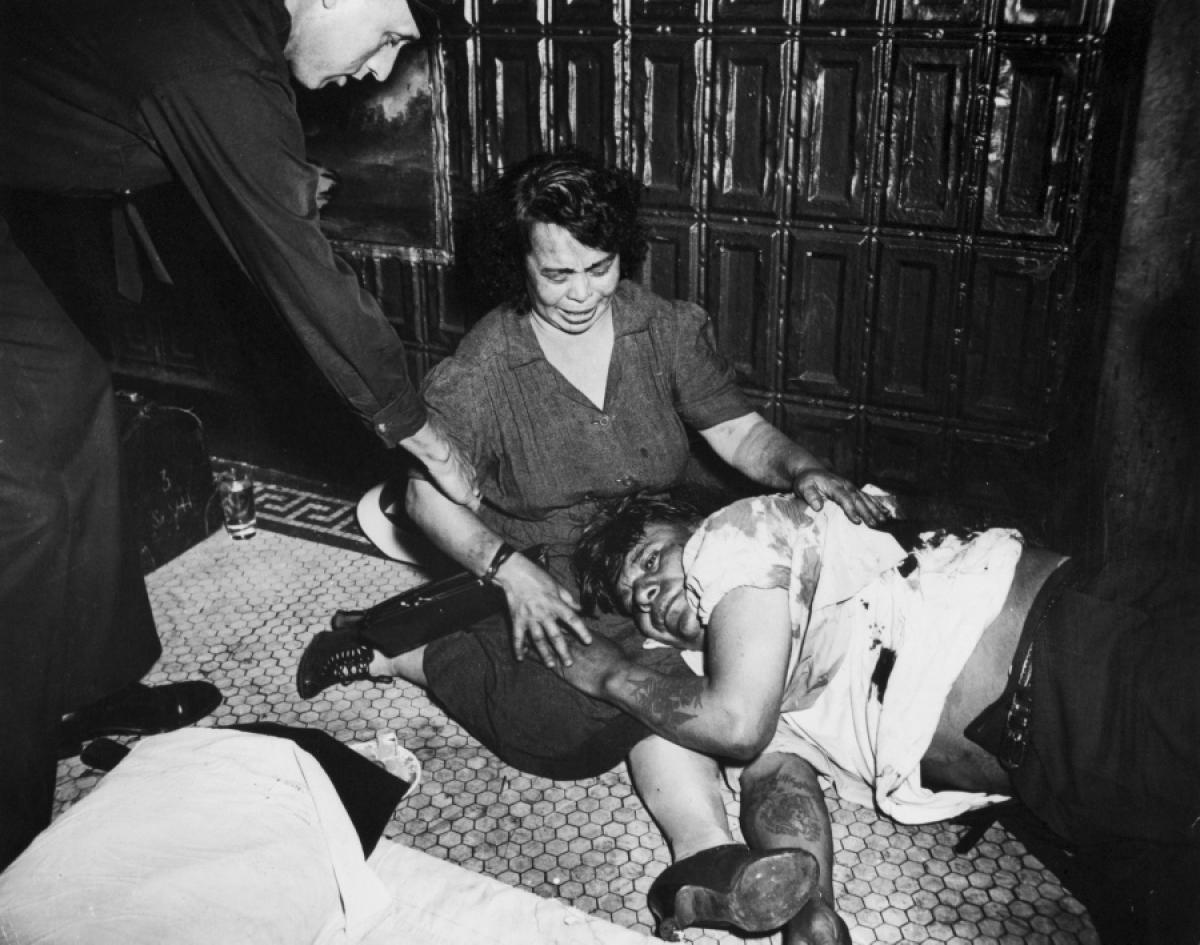 “It’s like a modern Aladdin’s Lamp, you rub it and, in this case the camera, you push the button and it gives you the things you want.”

Weegee: “The subject is news photography. This was the most wonderful experience for any man or woman to go through. It’s like a modern Aladdin’s Lamp, you rub it and, in this case the camera, you push the button and it gives you the things you want. News photography teaches you to think fast, to be sure of yourself, self confidence. When you go out on a story, you don’t go back for another sitting. You gotta get it.”

“And, I have found covering stories as they happen – in my particular case I didn’t wait till somebody gave me a job or something – I went and created a job for myself; freelance photographer. And what I did anybody else can do. What I did simply was this; I went down to Manhattan police headquarters. For two years I worked without a police card or any kind of credentials. When a story came over the police teletype, I would go to it. And the idea was I sold the pictures to the newspapers. And naturally, I picked a story that meant something, in other words, names make news. If there’s a fight between a couple on 3rd avenue or 9th avenue in Hell’s Kitchen, nobody cares, it’s just a barroom brawl. But if society has a fight in a Cadillac on Park avenue and their names are in the Social Register, this makes news, and the papers are interested in that.”

“I covered all kinds of stories from Murder Incorporated to the opening of the opera to the Cinderella Ball at the Waldorf. In other words, you take everything in stride. The same camera that photographs a murder scene can photograph a beautiful society affair at a big hotel.” 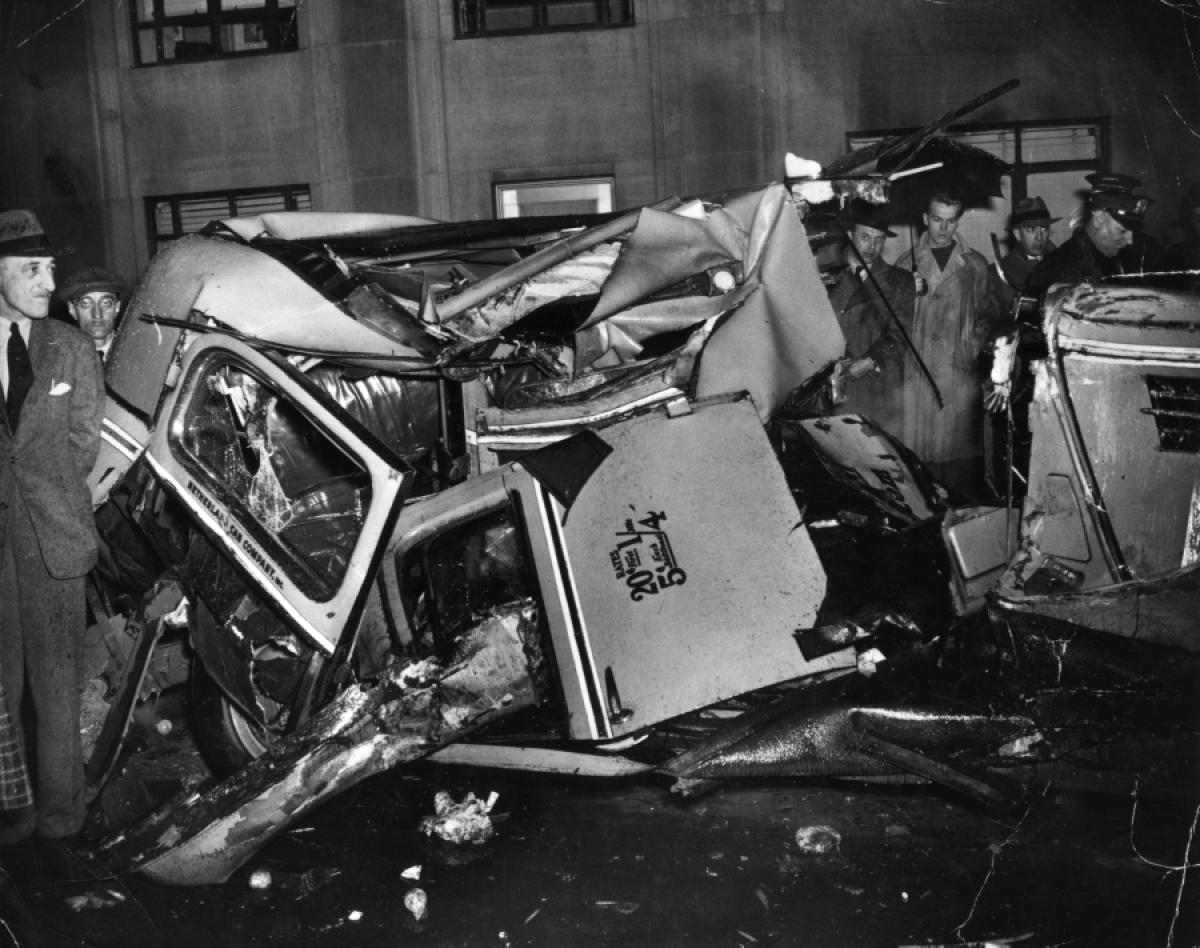 “I will walk many times with friends down the street and they’ll say ‘Hey, Weegee. Here’s a drunk or two drunks laying on the gutter.’ I take one quick look at that and say ‘They lack character.’ So, even a drunk must be a masterpiece!”

“Now the easiest kind of a job to cover is a murder, because the stiff will be laying on the ground, he couldn’t get up and walk away or get temperamental, and he would be good for at least two hours. So I had plenty of time. At fires, you had to work very fast. Eh, one of the best pictures I’ve made, just to give you an aside – I got up 9 o’clock one night and I says to myself “I’m gonna take a nice little ride and work up an appetite.” I arrive, right in the heart of Little Italy, 10 Prince street, here’s a guy had been bumped off in the doorway of a little candy store. This was a nice balmy hot summer’s night, the detectives are all over, but all the five stories of the tenement, people are on the fire escape. They’re looking, they’re having a good time, some of the kids are even reading the funny papers and the comics.”

“There was another photographer there, and he made what they call a ten foot shot. He made a shot of just a guy laying in the doorway, that was it. To me, this was drama, this was like a backdrop. I stepped back all the way about a hundred feet, I used flash powder, and I got this whole scene: the people on the fire escapes, the body, everything. Of course the title for it was “Balcony Seats at a Murder.” That picture won me a gold medal with a real genuine diamond, so that was it. In other words I try to humanize the news story.”

EXPLORE ALL WEEGEE ON ASX

“Of course I ran into snags with the dopey editors. If it was a fire, they’d say, “Where’s the burning building?” I says “Look, they all look alike. I says look, here’s the people affected by the burning building.” Well some understood it and some didn’t. In one case I went to a tenement house fire, here’s a mother and daughter looking up hopelessly. Another daughter and baby are burning to death. Now, at a fire, what happens, those that are lucky to get out of the burning tenements gather in the street, of course. And then the firemen start counting noses. They want to see how many people are there, and I notice also at this particular fire the aid to the Chief came out and he says “Boss, this is a roast.” meaning, somebody, one or more persons had burnt to death. That’s what the firemen call a roast. And I saw this woman and the daughter looking up hopelessly, I took that picture. To me, that symbolized the lousy tenements, and everything else that went with them.” 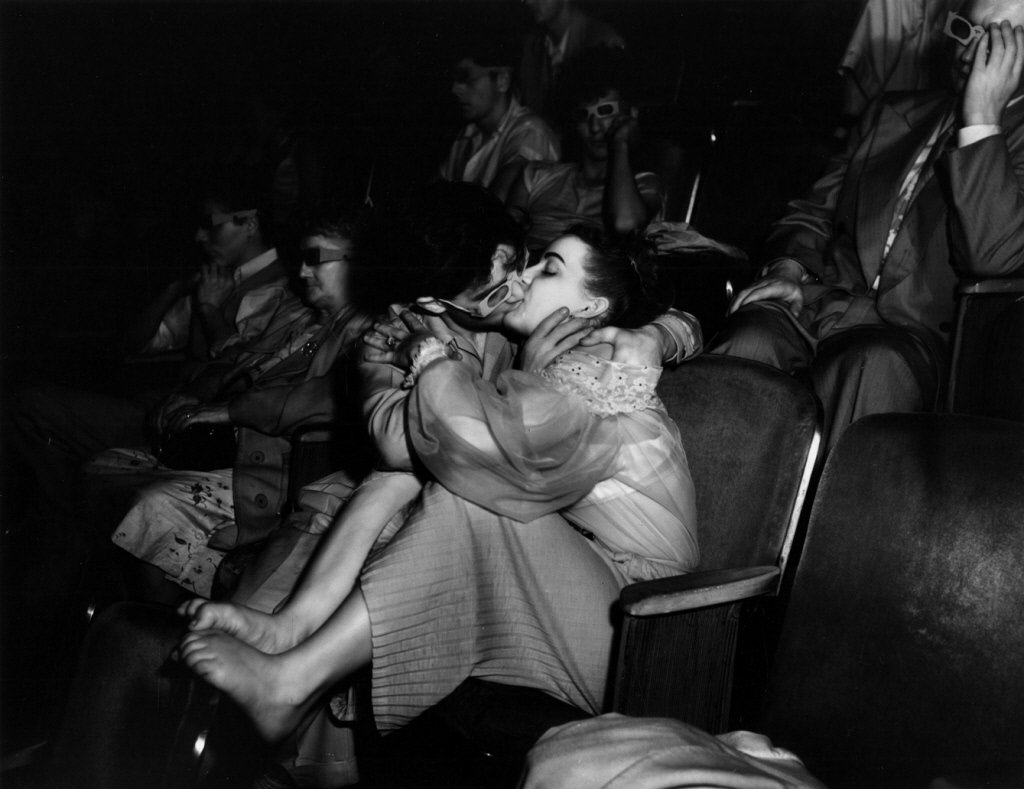 “In other words, you take everything in stride. The same camera that photographs a murder scene can photograph a beautiful society affair at a big hotel.”

“I will walk many times with friends down the street and they’ll say “Hey, Weegee. Here’s a drunk or two drunks laying on the gutter.” I take one quick look at that and say “They lack character.” So, even a drunk must be a masterpiece! I will ride around all night, or all year, looking for a good drunk picture. One of the most beautiful ones I got after riding around two years. Then I made my drunk picture. It was a guy on (Amsterdam avenue?) one Sunday morning about 5 o’clock, he was sleeping underneath a canopy of a funeral undertaking parlor. Now that tome was a picture. Of course the obvious title would be “Dead Drunk.” So, in other words, I am a perfectionist. When I take a picture, if it’s a murder or it’s a drunk, it has gotta be good.”

“When a person gets in trouble and they get arrested, the first thing they do they cover up their faces, and the editors don’t like it. They say “Don’t give me any excuses, give me a picture so my, our readers can see what the person looks like.”

“For example, a woman.. the New York cops arrested a woman who was wanted for 25 thousand jewel robbery in Washington, D.C. The woman, being a dope, was naturally captured. And she was in the cell downstairs in the basement of the Manhattan police headquarters. I went down, she started to cover up, I says “Look lady, save your energy. I’m not gonna take your picture. All I want to do is talk with you.” She says “No, I know what you want, you want to take my picture. Why should I let you? So my friends, relatives and mother can see it on the front pages of newspapers?” I says “Now wait a minute lady, don’t be so hasty. You have your choice. Do you want your picture to appear in the papers, a rose gallery picture with your number underneath it? Or, would you let me make a nice home portrait study of you using nice, soft lighting like Rembrandt would have done?” Talking and (knocking?) with her, I convinced her that was the only logical thing for her to do, to pose for a picture. Now that was a good catch I’d say for me, besides the New York cops. Anyway, this showed that by arguing with people you can get ’em to uncover. people are reasonable, even jewel thieves.” 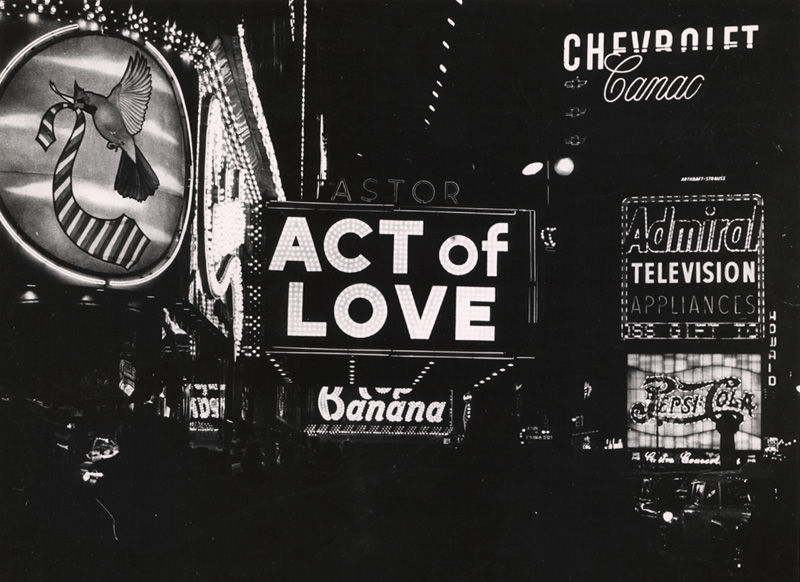 “Now for instance, say you have a camera, you make good pictures, everybody likes them. But you have to get out of the class where you’re only photographing your friends and relatives indoors. That’s very nice, but if you want to do it professionally, and I don’t see any reason why you shouldn’t, go out and photograph strangers.”

“And the way to start of is, you have a police radio in your home. Something happens in the immediate neighborhood, go to it. Take pictures of it. Take it down to the local paper. After a while, they will give you assignments, they will learn to depend upon you. Instead of waking up their own photographers during the night, they will call upon you. And this will be followed up by an offer of a job. And this is a very good way to get started.”

“Now for instance, say you have a camera, you make good pictures, everybody likes them. But you have to get out of the class where you’re only photographing your friends and relatives indoors. That’s very nice, but if you want to do it professionally, and I don’t see any reason why you shouldn’t, go out and photograph strangers. I know you’re afraid to do it at first, I was scared stiff myself, but you have to do it. And most people like to be photographed. They consider it an honor to be picked out of a big crowd. In other words, you can’t be a Nice Nellie and do photography.”

“And my, I think the definition of a news shot would be this, a news picture editor. I once photographed and did a story on Stieglitz, truly a great photographer. And we started talking about things and he said, ahh..he said “Something happens, it’s a thousandth part of a fleeting second. It’s up to the photographer to capture that on film, because like a dying day, the thing will never come back again.”

(Courtesy of Ted Barron from Boogie Woogie Flu, Laura Levine from Mystery Spot Vintage and Erica McDonald from her Scribbling in the Dark project)