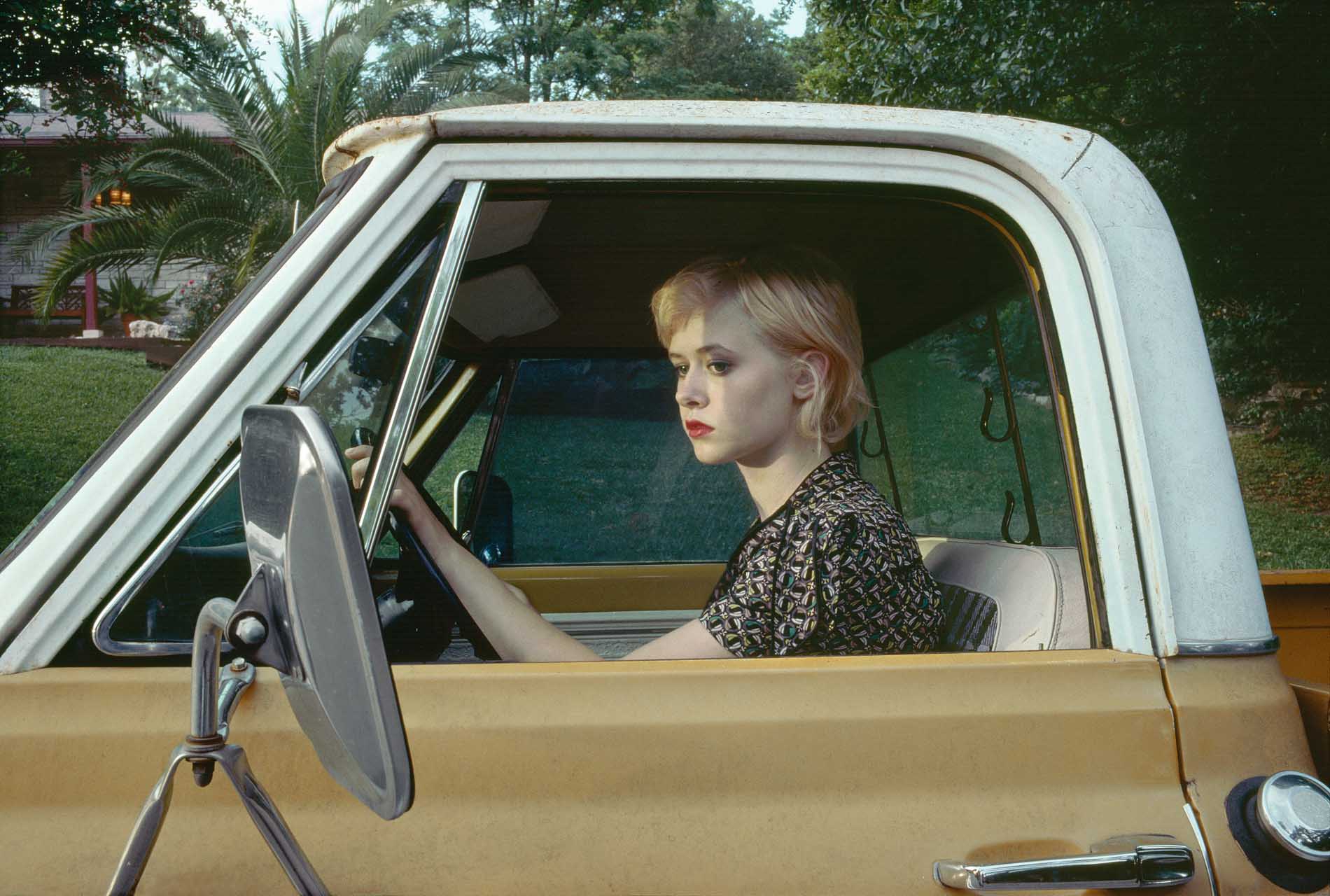 The awakening of adolescence has been a recurring theme that has always fascinated a great many visual artists; conflicts of identity, physical metamorphosis, psychological instability, emerging sexual and emotional sensations within young people are all themes which, in particular, have appeared in photography ever since it was first developed. From Lewis Carrol’s “perverse-innocent” girls to Larry Clark’s problematic “Kids”, a long and tortuous path has been paved.

Alongside these, the latest work of Lise Sarfati could also deservedly be included. A series of fifty images of mostly androgynous-like adolescents, photographed in 2003 during a three-month trip to the United States, taking in cities like Austin (Texas), Asheville (North Carolina), Portland (Oregon), Berkley, San Francisco and Los Angeles (California) and some small towns in Georgia.

It isn’t the first time Lise Sarfati has touched on the theme of adolescence; in fact in her earlier book Acta Est (Phaidon Press, 2000) she has already shown, tangentially, some of the most sordid aspects of young people’s lives in the former USSR. Paradoxically, although the present photographs have been taken in an environment which is geographically and socio-politically very different, we continue to find some of the more disturbing and unnerving elements that we did in her Russian series. These parallels would seem revolve around the discovery of “strangeness” within everyday spaces and situations, apparently void of any mystery and yet which we observe with a sense of unease and separation, as we would of the unknown.

In each of these portraits, Lise Sarfati “dramatizes” the complexity of adolescent identity; within unfamiliar territory – both emotionally and physically – where the simplest of feelings become exalted and everything is lived with an intensity that adults will never again be able to feel. We are talking here of a kind of parallel reality, an interstitial territory which doesn’t understand geographical spaces or political systems, which no longer belongs either to a completely real reality or to a consciously conceived fiction, but rather finds itself fed by its own rituals and codes of behaviour, where the dividing line between good and bad, happiness and sadness, innocence and perversity or reality and fantasy is extensively blurred.

This means that these photographs reproduce real characters and situations, but without the slightest intention of being a document. In fact, Lise Sarfati, carefully rations the information that she gives out about each character, forcing us to decide each one’s destiny subjectively. Everything oozes verisimilitude but none of these images is a simple reproduction of reality. While far from rigorously following a script, they respond to a degree of planning, and I suspect that the acts and situations in which these adolescents find themselves have been, at most, “suggested” in order to facilitate a more direct transmission of a certain narrative essence. We say this because, although the majority of these photographs are “portraits” in the generic sense, many of them anticipate “stories” which continue outside the limits of the picture, and as such are perceived by the viewer as “pauses in the course of a narrative”. The level of complexity that each photograph seems to have reached with its “models” guarantees the “effect of truth”. 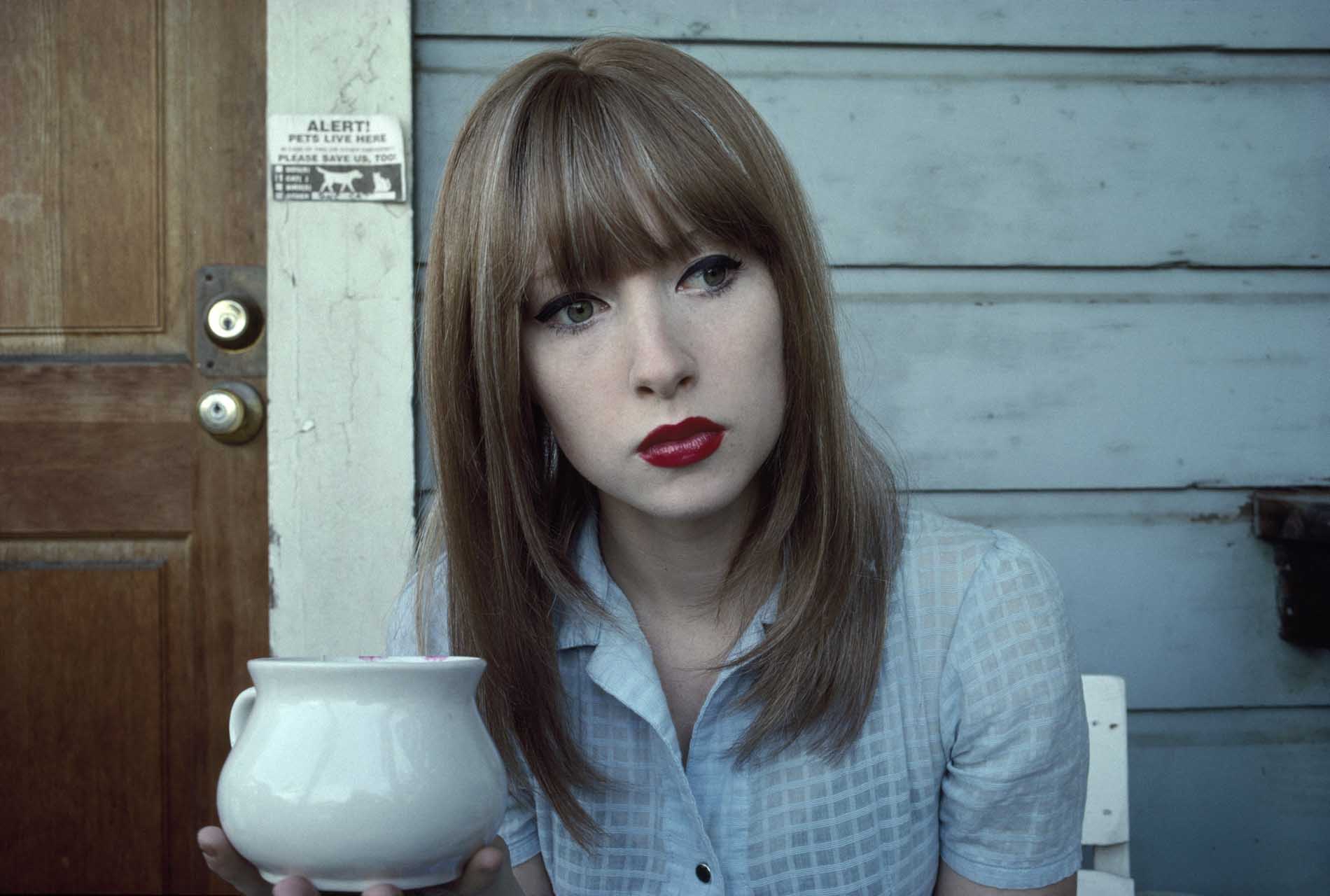 Another common aspect between the photos of American adolescents and the series taken in Russia is their aesthetic clarity of the images, their relationship both from a compositional point of view and their treatment of light and colour, with more or less self-evident references to the history of painting. In short, we have before us a collection of sophisticated images, narcissistic and aesthetically indulgent, “pictures” which are capable of seducing those who look at them, leaving them emotionally defenseless.

Nevertheless, in most cases, beneath the aesthetic beauty of each image, we can detect “anomalies”, and there is not a single attractive element in which an underlying threat is not more or less implied. In fact, one of the things which makes us most uneasy is the fact that – even in the scenes of blatant exhibitionism – most of the characters photographed seem distanced from our view and there seems to be an insuperable separation between their world and our own.

The young people intuitively know that the severe visual intrusion adults have subjected them to is linked to their physical metamorphosis and their sexuality, to that ambiguously emotional territory where they have entered, which adults are unable to access, and which they themselves will have to leave before very long. All this crystallizes into an unnerving game between voyeurism and exhibitionism that configures an imaginary space for seeking out the “other”, the “other which we all know can be found within ourselves. It is a search carried out through “signs” that range from clothing to make-up and hairstyle, from the vulnerable show of affection to the brazen, obscene gesture, from the timidly seductive pose to insolent exhibitionism…

Earlier we referred to Larry Clark in order to mark out one of the extremes to which the subject of adolescence has gone to in the field of photography. However, unlike the photographer from Tulsa, whose objective has always been to expose the depressing youth culture of his home town, Lise Sarfati isn’t interested in explicitly bringing to light the alienation or tedium of American youth. She isn’t moralizing nor does she give much space for us to make moral interpretations, and yet her photographs are tremendously perturbing because they transport us to an unknown kingdom – though common to all continents – a territory which exists in the next-door room hardly a centimeter away from the limits of our everyday life and probably also existing within our early memories, or in the fears we feel when we think about what could happen to our own children.