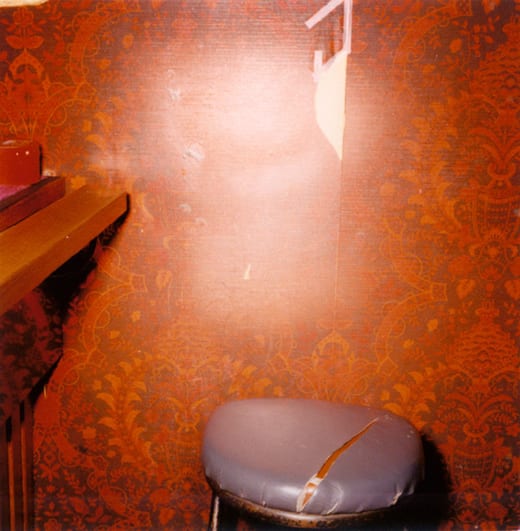 I never figured out how to make art from the suburbs. While I lived there throughout art school (and still do, just in a different one) the translation of the places I resided in and walked by into anything of emotional, aesthetic or intellectual note whatsoever escaped me. Sure, I wasn’t meant to be an artist. I get that. Yet I was also missing something. Basically, none of it looked like the art I dug at the time. Which meant most of all – because all I was interested in was sadness – it didn’t resemble Edward Hopper’s New England. Art was just not possible. There was too much sun. The architecture was crap. The people were ugly. These ugly folks had little scungy cross-breeds not elegant bird dogs. Since then I have naturally read all those books and articles that informed me, too late, that my attitude was kinda off-beam. And yeah, I suppose it was. I understand that – consciously, intellectually. But even now I find myself overlooking everything suburban around me. It’s some sort of deeply ingrained habit, a shitty default setting.

Because of this, the work of Glenn Sloggett remains surprising to me, each and every time I encounter it. I saw it on the ABC ‘s The Art Life recently and it totally shone, as did he. The work, the voice, held so much honesty. Its mix of melancholy and prosaic hope captured my entire suburban upbringing. It brought it all back. It caught how it existed beneath the CSI gloss and the on-air rouge; so it was a relief and refreshing to see this work on the place that mostly elides such images. Afterwards I switched off the television, walked up the stairs at the back of our units, and took in the twinkly lights of Osborne Park. The smoke puffed from the factory where the early morning truck-loads of chickens go. The sign for the Victory life Church was trying to claim some souls. Dodgy sportswear distribution businesses were trying to on-sell their purple one-piece. Mechanics had lost some spare part under the sump. The units to the left and the right of ours were full of cars speeding up central drive ways after blowing through stop signs. And in the day time when I woke up, silence. The silence of a suburb deserted by all the residents saving up to leave.

Glenn Sloggett totally gets and feels and loves this world that we are either in the business of overlooking or trying to escape. He creates an intensely resonant emotional language from a set of reference points dead to others. Bricks, brown grass. Compressing blocks of flats. Kid’s 20-cent rides. Stuff like that. Stuff that is part of the grain of our lives and the texture of our beings. Sloggett easily – it seems, perhaps I am wrong – gets to this space. His images seem complete, beautiful, full already. This fullness is important. It signals that he is more than his choice of subject matter in so far as his images do no need anymore than is there within them. I think that what I mean by this is that they are not attempting to convert or prove a point. In this regard, also, they are not part of our avant-garde way of thinking about art. They are not about the everyday in so far as it is a category about the merely overlooked, an ever expanding way of art devouring more and more of the world. Instead the work is located within the tradition of folk like Atget, Stephen Shore, Walker Evans. To me, and I am probably projecting heavily here it is the view of the pedestrian. It is the glance and focal point of someone has the intimate knowledge of his environment. It therefore implies a presence and body, and a gaze is neither judgmental not scandalous. In it, it opens up a form of anthropology that examines the real conditions of habitation of a people. Sloggett does this with a whole range of emotions: humour, irony, disgust, familiarity, bleakness, hope, transcendence. He is one of the few artists in this country to be unrelenting in this regard, and his work has over the years opened up to fashion something close to an encyclopedic take on the fringes of settlement. He brings the drift and float of suburban time into the structures of contemporary art, therefore, not as a glib spectacle, yet another in a line of minor transgressive episodes, but as part of the experience of being fully human. It is, therefore, a highly structured addition to the history of humanist realism that includes both literature and the visual arts. The complexity of his work is additionally significant within the context of our so-called boom (mostly in WA where I live, but in other places too I guess). As all of us know only too well, this boom is highly selective in its affects, yet it is slowly changing the nature of our aspirations and our culture at large, from the communal to the individual. In this domain, Sloggett’s work offer us space to think again about how we aspire and why, why we seek to vault out of our immediate lives for something apparently larger. Which is to say, he allows us to start to think about the suburbs we live in as places not just where art might be made, but as places to stay, rather than escape, and to face the various layers of personal and group politics and community building that that entails.