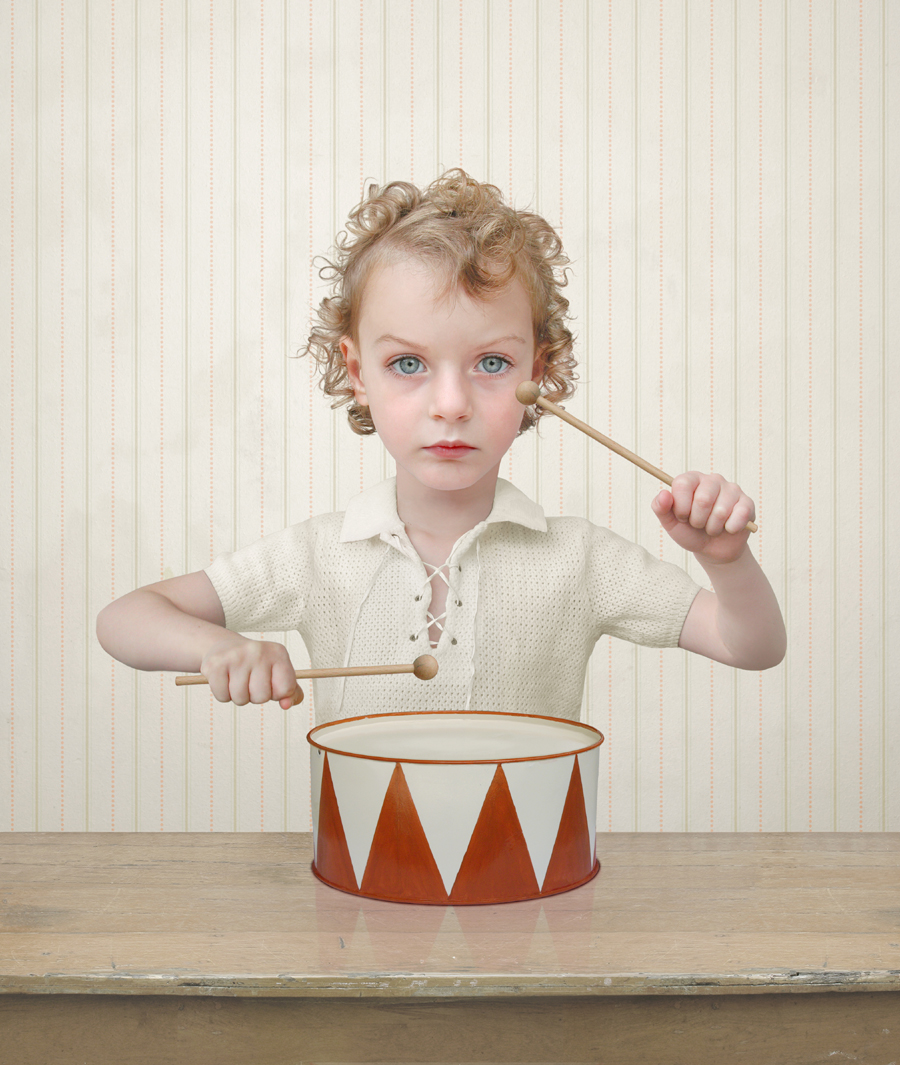 When the digital camera was introduced in the 1990s, it was predicted to displace the technique of modern photography as well as its practice. By translating light into codified data stored within a random access chip, digital technology radically changed processing habits. Photoshop did the rest. Imaging softwares provide users with the opportunity to create subtle manipulations and breathtaking visual effects, as seen in the work of Andreas Gursky. Modern photography’s mechanical and chemical reproduction processes seem to be doomed to become completely obsolete. However the creative but sometimes awkward and painstaking trial-by-error feature of traditional photography, using silver-based or alternative processes, led to the production of artistically expressive images. With the advent of the autochrome process (in its 100th anniversary in 2003), then Kodachrome and Agfacolor in the late 1930s, photographs became colorful but the process was mainly limited to commercial photography. The Kodak Dye Transfer technology, and then the Cibachrome process, because of their stability compared to regular C-prints, allowed galleries to sell color photographs and institutions to collect them. Gradually color photography changed not only the way fine art photographers work, but the way we see things. We became so used to the way color film and prints translate the world into two-dimensional images that when a new “translation” appeared, namely digital prints, the reaction was that they did not look “real”; in fact, they did not look like traditional color photographs. Then these prints were made to look more like their predecessors,… or/and we got used to the translation! 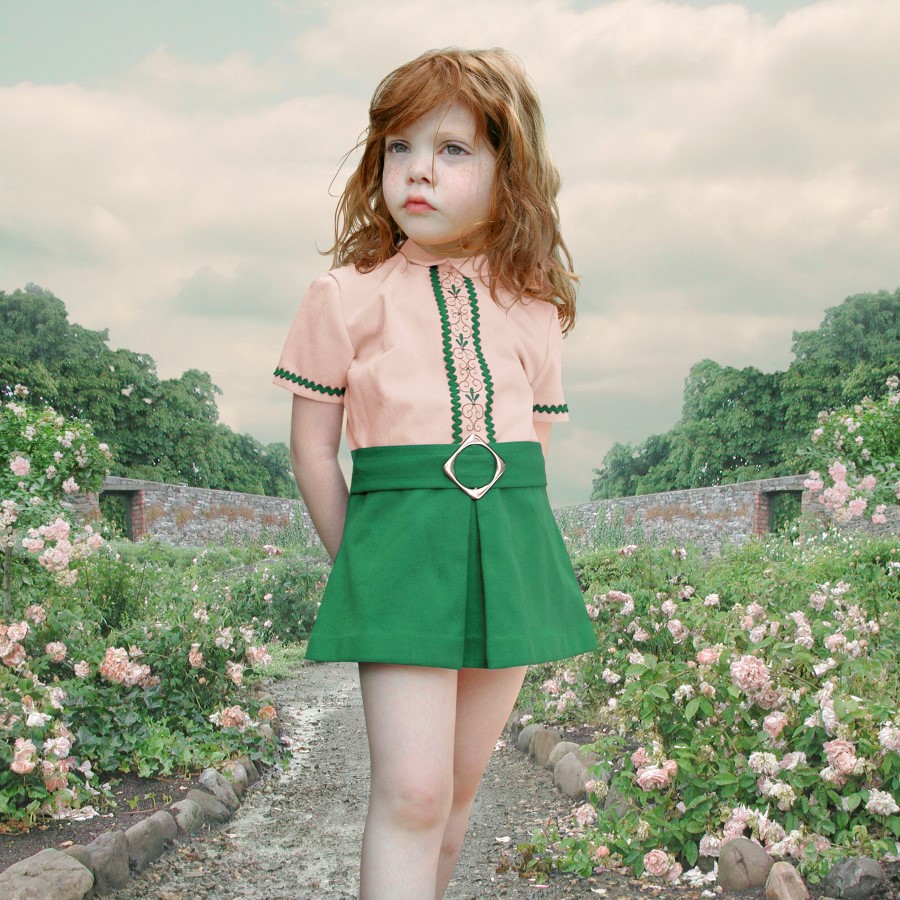 When the digital camera was introduced in the 1990s, it was predicted to displace the technique of modern photography as well as its practice. By translating light into codified data stored within a random access chip, digital technology radically changed processing habits.

A comparison of two current exhibitions in New York, digitally manipulated portraits by Loretta Lux and Seventies Color Photography, reveals that these two ways of creating images, digital and traditional, are in fact divergent, downplaying the notion that the digital technique will become preferable to the other. The new series of digital photographs by Loretta Lux on view at the Yossi Milo Gallery is composed of light-color portraits of youths which are digitally montaged against backgrounds that are each reproductions of paintings created by the artist. Lux seeks to merge graphic design and digital photography, but her technique leaves these depictions suspended between both. In fact the artist’s pronounced concern with controlling every single aspect of her work, especially with respect to the appearance of her subject matter, plays a strong role in the reception of her imagery where the frontier between painting and photography blurs. Placed against flat backgrounds infused with subtle shades of pastels, the array of portraits representing children reflect Lux’s attempt to visually narrate childhood as an idealized point in time. Two works, titled “The Boy” (2001) and “Girl with a Teddy Bear” (2001), feature two sullen youths standing in front of a marble, beige background. The face of each individual appears slightly larger by comparison to the rest of their body. As in several other pieces such as “Dorothea” (2001) and “Hidden Rooms 1” (2001), Lux’s subjects appear slightly out of proportion. Trained as a painter, Lux is intent on generating a specific ambiance rather than capturing one in whose creation she would have no part. From selecting models to costumes, the artist appears in total control of her sitters. She creates them in complete compliance with the hand-designed backdrops. “Three Wishes” (2001) for example, features the profile of a young brunette girl who clasps her hands together at different angles. A soft-colored pastoral landscape, consisting of light green and blue, frames the subject but surprisingly fails to add any visual depth. In addition, a slight outline appears around the figure revealing the artist’s practice of montage. “The Bride” (2003) depicts a young girl wearing a white dress and tiara looking directly at the viewer. However, her anonymity and young age do not reference anything beyond childhood fantasy. Lux is quite clever in “The Study of Boy 1” (2002) since the subject kneels down to touch the floor with his flat hand as if to convince the viewer that he is within a shared reality. Even though the artist does not intend for her work to be viewed as portraits in the traditional sense, the vacuousness created by her enhancements makes one wonder what her art might look like if she did not edit the subject matter to such an extent. The presentation of her subjects, head and shoulders, close to the viewer, clearly detached from the remote landscape/background in most cases, remains quite evocative of one of the most popular portraits signed by Leonardo Da Vinci, Mona Lisa. The eternal return of the same? 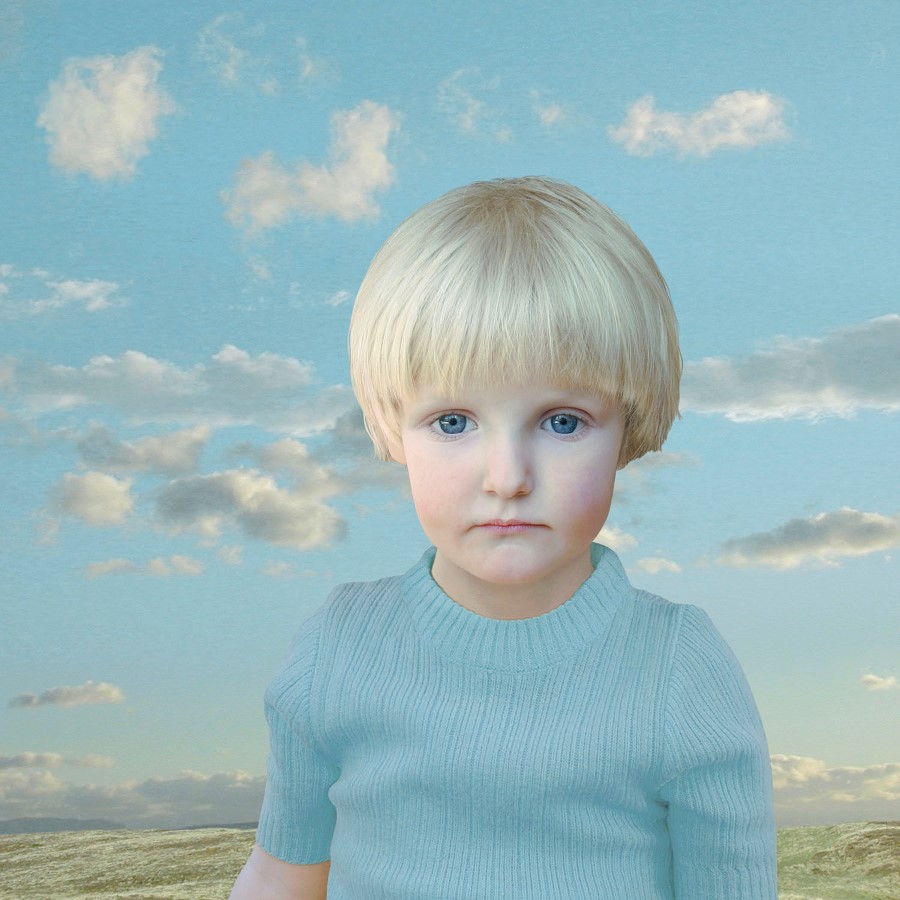 However we have now come to a point where the products of the manipulation of digital photographs are now competing with painting, sharing with it a cumulative method of creation, and stark manipulations of the subject, consequently transforming the photograph into less of a captured, lived moment.

In the mid-1970s, John Szarkowski at the Museum of Modern Art in New York championed color photography through the work of William Eggleston. Many critics at the time, however, dismissed the importance of the show and this development within the medium, and instead chastised the choice of subject matter. Hilton Kramer’s article titled “Art. Focus and Photo” responded to John Szarkowski’s description of Eggleston’s “perfect” work as: “Perfect? Perfectly bland perhaps. Perfectly boring, certainly.” It could be suggested that assertions such as these have propelled some photographers to pursue more expressive styles such as those practiced by Lucas Samaras and Uta Barth. However when photographs strive to depict color in an abstract way, it is very difficult to avoid drawing an analogy between the photographic method and another practice within the realm of fine art. Revisiting this era, the Kennedy Boesky Gallery, with Seventies Color Photography, presents several works by William Eggleston, William Christenberry, Mitch Epstein, Helen. Levitt and Stephen Shore, among others. All of these images bring objects seen in daily life closer to us through the process of abstraction and isolation. The capture of movement, banal objects, empty beds and people unknown, serve as a metaphor for the mundane world seen by the human eye. These images have a grainy and rough appearance that pulls them even further away from the canons of early modernist photography as defined by Ansel Adams and Edward Weston. The images in the show do not attempt to be anything beyond what is reflected. In other words, no particular aesthetic trajectories, outside of mundanely factual ones, are present. The 1970s defined the art of color photography rather than color photography as art.

Although photography began as an expressive medium that soon competed with painting, a trend culminating with the Pictorialist movement, it later found its strength through capturing the world as it appears. However we have now come to a point where the products of the manipulation of digital photographs are now competing with painting, sharing with it a cumulative method of creation, and stark manipulations of the subject, consequently transforming the photograph into less of a captured, lived moment. As seen in the work of Loretta Lux, and when compared to color photography in the 1970s, the digital shift toward the creation of an idealized, colorful representation does not make sense within the larger discourse of photography; it shares more features with its older predecessor, painting. Paradoxically, Loretta Lux’s work reminds the viewer that the now dated practice of modernist photography, or the unmanipulated digital photograph still remain “authentic” and distinct methods of transcription of the real world, giving images to which we can relate in a more immediate and intimate fashion.