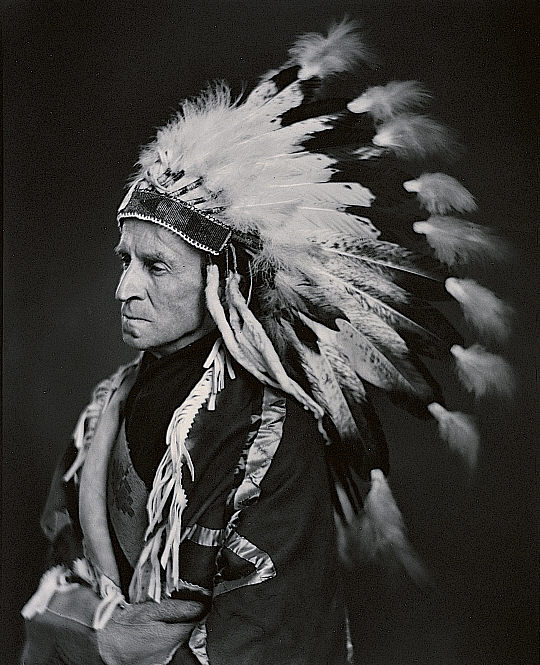 Canadian photographer Yousuf Karsh’s quest for the “perfect portrait” spans fifty years and illustrates the faces of the world’s most accomplished men and women. His detailed likenesses reveal what he calls the “inner power” of his subjects. “It is the mind and soul of the personality before my camera that interests me most”, says Karsh, “and the greater the mind and soul, the greater my interest”.The Centre National de la Photographie at the Palais de Tokyo is showing 150 of Karsh’s classic portraits this month. The show, organized by the International Center of Photography in New York, is a veritable visual Who’s Who. Karsh recently visited Paris to oversee the hanging of his show and gave the following interview.

Paris Voice: You once said that the perfect portrait has yet to be made. What did you mean?

Yousuf Karsh: In photography there is always an opportunity to develop your talent and yourself. There is always discovery, and the use of light is an elusive medium to express the human face. You can understand it, but you rarely master it.

Paris Voice: So, for you it’s a question of mastering light?

Yousuf Karsh: Yes, it’s light, but it’s also understanding your subject. To make a significant photo of someone, you have to know a great deal about them – their accomplishments, station in life or contribution to their fellow man. All this information and observation plays an important part so that the photographer can make a sensitive image. I always read a great deal about the person I’m going to photograph. I imbue myself with their contribution to the world.

Paris Voice: Hemingway once said that the portrait you made of him was his favorite photo of himself. Did you ever have someone tell you they didn’t like a picture that you made of them, that it didn’t look like them? 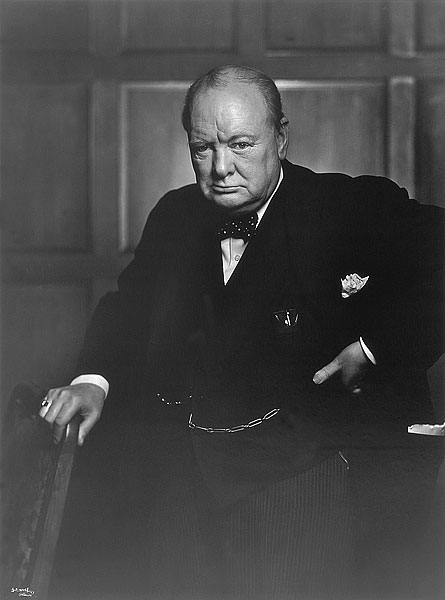 Yousuf Karsh: I don’t cater to that class of people at all. I make my portraits for editorial use. They are published before I face that question. If a portrait is not good, it doesn’t see the light of day. I don’t make photographs to please people. I make them first to satisfy my highly critical appreciation.

Paris Voice: Have any of the people you have photographed become friends?

Yousuf Karsh: Some of them, but not really. I put a lot of importance on the word friend. Anyone who has a handful of friends is very lucky. Friendship is when you can think in their presence without making an effort. A friend is someone you can open your heart to without reservation.

Paris Voice: Have any of your subjects been intimidating?

Yousuf Karsh: Never. That word doesn’t exist in my language, not even when I use French. Of course I maintain a respect for my subjects who are among the giants of the world. But if I were intimidated I could not photograph them. I work on a one to one basis with my subjects.

Paris Voice: I was thinking more of when you were photographing other photographers like Man Ray or Edward Steichen.

Yousuf Karsh: I met Man Ray in his later years. We often lunched together. When I asked Ray one time what his most serious photographic problem was he responded: “I don’t have problems, I only have solutions”. But the first time I photographed Steichen I was shy. Later we became friends. Probably one of the last photos Steichen made was of my wife and me when we visited his home here in France. But it was shyness more than intimidation.

Paris Voice: You have photographed the world’s most successful people. Is there anything you have noticed that these people have in common?

Yousuf Karsh: They have a great ability to work hard. Also, they have accepted loneliness. Once you are at that plateau you don’t have many friends. Many of them are perfectionists. They build their own standard of perfection. I have known some of these great people who cry unashamedly and readily.

Paris Voice: You are described as a photographer who exercises total control over your subjects. You once plucked a cigar out of Winston Churchill while you were making a portrait of him.

Yousuf Karsh : It’s a story that has been dramatized by the press a great deal…I photographed Churchill three times, twice after that occasion. It was a spontaneous act of my part. It was intuitive. It’s unthinkable that I would plan such a thing beforehand. It was similar to picking a piece of thread off your shirt. It was done with respect and appreciation. But he responded. His expression, although not planned on my part, fit the need of the hour. He represented the great British determination. Overnight that photo was printed around the world. It is one of the most published photographs. The greatest praise to that photo was given by the news commentator Edward R. Murrow when he said, “Here is the man who marshaled the English language and sent it into battle when we had little else”.

Paris Voice: You speak French well, have you lived here?

Yousuf Karsh: No, but I have come here frequently to work for Paris Match. I love the French language. I’m happy when I’m in France.

Paris Voice: You have photographed both President Mitterrand and Reagan. From a photographer’s point of view, what were the differences between the experiences?

Yousuf Karsh: Mitterrand is a great intellectual, while Reagan is a great communicator. They are both the best of their kind. I photographed Reagan three times. Each time was a charming and happy experience because he is a story teller, and I have my share of experiences, so it became a process of communication. Mitterrand is in a class by himself. He is a great thinker, very subtle.

Paris Voice: Do you have a favorite portrait, one that stands above the rest?

Yousuf Karsh: It’s hard to single out just one. I can give you a few. Certainly the one of Georgia O’Keefe, also Helen Keller, Eleanor Roosevelt, Hemingway, Churchill, Sweitzer and Casals. There are many.

Paris Voice: Has your style evolved over fifty years?

Yousuf Karsh: Yes, with the addition of action and motion.

Paris Voice: You have said that you are attempting to capture the mind and soul of the sitter… Yousuf Karsh: If you can photograph people objectively, you can nearly portray their spirit. What I aim to do is to see the many facets of a person, so that when you look at that person it is a culmination and summation of their life experience. With Hemingway, for example, you could see that he could me melancholic, brave and susceptible to pain…I try to fit all of that into a picture.

Paris Voice: A technical question. Do you exclusively use a large format camera?

Yousuf Karsh: My preference is large format. But I also use a Leica-flex 35mm and a Hasselblad. I think, though, that some great masterpieces have been made with 35 mm cameras. It depends in whose hands it is. It’s like writing beautifully – you can use a pencil or a pen, but what matters is what you have to say.

Paris Voice: You are nearly eighty years old and you have been making portraits for fifty years. That represents a lot of photography. What advise do you have for young photographers?

Yousuf Karsh: I urge them to study the humanities, history, music, poetry, read biographies or travel. All of this helps a photographer, or anyone, who is hoping to interpret their talent.