“It’s so difficult because it’s everywhere, every place, all the time, even right now. It’s the view of this pen in my hand as I write this, it’s an image of your hands holding this book, Drift your consciousness up and out of this text and see: it’s right there, across the room – there… and there. Then it’s gone.”

It’s so easy it’s ridiculous. It’s so easy that I can’t even begin – I just don’t know where to start. After all, it’s just looking at things. We all do that. It’s simply a way of recording what you see – point the camera at it, and press a button. How hard is that? And what’s more, in this digital age, its free – doesn’t even cost you the price of film. It’s so simple and basic, it’s ridiculous.

It’s so difficult because it’s everywhere, every place, all the time, even right now. It’s the view of this pen in my hand as I write this, it’s an image of your hands holding this book, Drift your consciousness up and out of this text and see: it’s right there, across the room – there… and there. Then it’s gone. You didn’t photograph it, because you didn’t think it was worth it. And now it’s too late, that moment has evaporated. But another one has arrived, instantly. Now. Because life is flowing through and around us, rushing onwards and onwards, in every direction.

But if it’s everywhere and all the time, and so easy to make, then what’s of value? which pictures matter? Is it the hard won photograph, knowing, controlled, previsualised? Yes. Or are those contrived, dry and belabored? Sometimes. Is it the offhand snapshot made on a whim. For sure. Or is that just a lucky observation, some random moment caught by chance? Maybe. Is it an intuitive expression of liquid intelligence? Exactly. Or the distillation of years of looking seeing thinking photography. Definitely. 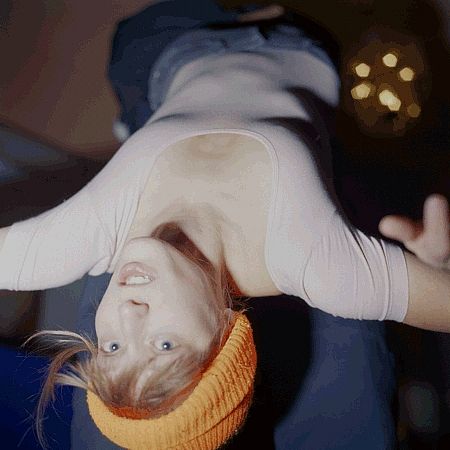 “life’s single lesson: that there is more accident to it than a man can admit to in a lifetime, and stay sane”

Ok, so how do I make sense of that never ending flow, the fog that covers life here and now. How do I see through that, how do I cross that boundary? Do I walk down the street and make pictures of strangers, do I make a drama-tableaux with my friends, do I only photograph my beloved, my family, myself? Or maybe I should just photograph the land, the rocks and trees – they don’t move or complain or push back. The old houses? The new houses? Do I go to a war zone on the other side of the world, or just to the corner store, or not leave my room at all?

Yes and yes and yes. That’s the choice you are spoiled for, but just don’t let it stop you. Be aware of it, but don’t get stuck – relax, it’s everything and everywhere. You will find it, and it will find you, just start, somehow, anyhow, but: start.

Yes, but shouldn’t I have a clear coherent theme, surely I have to know what I’m doing first? That would be nice, but I doubt Robert Frank knew what it all meant when he started, or for that matter Cindy Sherman or Robert Mapplethorpe or Atget or… so you shouldn’t expect it. The more preplanned it is the less room for surprise, for the world to talk back, for the idea to find itself, allowing ambivalence and ambiguity to seep in, and sometimes those are more important than certainty and clarity. The work often says more than the artist knows.

Ok, but my photography doesn’t always fit into neat, coherent projects, so maybe I need to roll freeform around this world, unfettered, able to photograph whatever and whenever: the sky, my feet, the coffee in my cup, the flowers I just noticed, my friends and lovers, and, because it’s all my life, surely it will make sense? Perhaps. Sometimes that works, sometimes it’s indulgent, but really it’s your choice, because you are also free to not make ‘sense’. 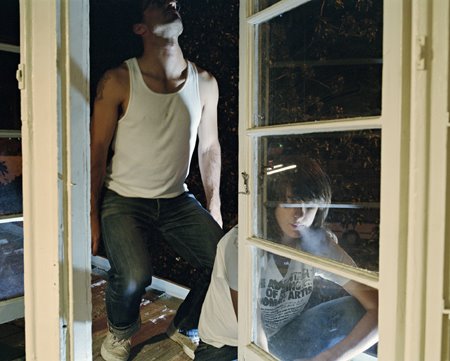 “Maybe I’ll start on the wrong road, or for the wrong reasons – because I liked cameras, because I thought photography was an easy option, but if I’m forced to try, then perhaps I’ll stumble on some little thing, that makes a piece of sense to me, or simply just feels right.”

Ok, so I do need time to think about this. To allow myself that freedom for a short time. A couple of years. Maybe I won’t find my answer, but I will be around others who understand this question, who have reached a similar point. Maybe I’ll start on the wrong road, or for the wrong reasons – because I liked cameras, because I thought photography was an easy option, but if I’m forced to try, then perhaps I’ll stumble on some little thing, that makes a piece of sense to me, or simply just feels right. If I concentrate on that, then maybe it grows, and in its modest, ineffable way, begins to matter. Like photographing Arab-Americans in the USA as human beings with lives and hopes and families and feelings, straight, gay, young, old, with all the humanity that Hollywood never grants them. Or the black community of New Haven, doing inexplicable joyous, ridiculous theatrical-charades that explode my preconceptions into a thousand pieces. Or funny-disturbing-sad echoes of a snapshot of my old boyfriend. Or the anonymous suburban landscape of upstate in a way that defies the spectacular images we’re addicted to. Or… how women use our bodies to display who we believe we should be, Or…

“A Novel? No, I don’t have the endurance any more. To write a novel, you have to be like Atlas, holding up the whole world on your shoulders, and supporting it there for months and years, while its affairs work themselves out…”

And hopefully I will carry on, and develop it, because it is worthwhile. carry on because it matters when other things don’t seem to matter so much: the money job, the editorial assignment, the fashion shoot. Then one day it will be complete enough to believe it is finished. Made. Existing. Done. And in its own way: a contribution, and all that effort and frustration and time and money will fall away. It was worth it, because it is something real, that didn’t exist before you made it exist: a sentient work of art and power and sensitivity, that speaks of this world and your fellow human beings place within it. Isn’t that beautiful?

(The text was written for the Yale MFA photography graduation book – Yale MFA Photography 2009: We Belong Together)

Around the WEB: Paul Graham