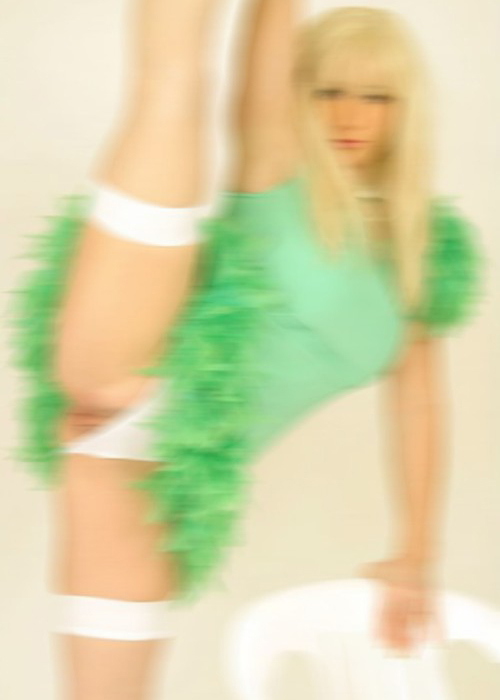 Philip Pocock: Unlike the Neue Sachlichkeit of Sander or Renger-Patzsch, there is a clear crisis of belief in the objectivity of your medium in your work. True or false?

Thomas Ruff: It’s both. It’s true and false. They also used the camera as an instrument to take pictures. The difference between them and me is that they believed to have captured reality and I believe to have created a picture. We all lost bit by bit the belief in this so-called objective capturing of real reality.

Pocock: What do you mean by real reality?

Ruff: Photography has been used for all kinds of interests for the past 150 years. Most of the photos we come across today aren’t really authentic anymore–they have the authenticity of a manipulated and prearranged reality. You have to know the conditions of a particular photograph in order to understand it properly because the camera just copes what is in front of it.

Pocock: Why did photography become so important in the art world?

Ruff: Maybe it’s a question of generations. My generation, maybe the generation before, grew up with photography, television, magazines. The surrounding is different from a hundred years ago. Photography became the most influential medium in the Western world. So nowadays you don’t have to paint to be an artist. You can use photography in a realistic, sachlich way. You can even do abstract photographs. It’s become autonomous.

Pocock: There’s little personality in your portraits, little use in the buildings, and a skepticism in photography’ ability to communicate anything real in the Stars. Does this mean photography is empty in a traditional sense?

Ruff: It’s empty in it sense of capturing real reality. But, for example, if I make a portrait, people say that there’s little personality in it. They say that. But in a way there is because I know all of the people I photograph. Maybe the problem is that if in the same way I had photographed a famous person, it would be a different looking picture because we know another thing about this person.

Ruff: They’re anonymous to you.

Pocock: You’re dealing with the absoluteness of the medium, its picture perfectness. Would you agree with this?

Ruff: Photography pretends to show reality. With your technique you have to go as near to reality as possible in order to imitate reality. And when you come so close then you recognize that, at the same time, it is not.

Pocock: And what about your relation to the picture?

Ruff: Well, maybe I can say it’s my curiosity that makes me do each one because I want to see them. And then I go on. 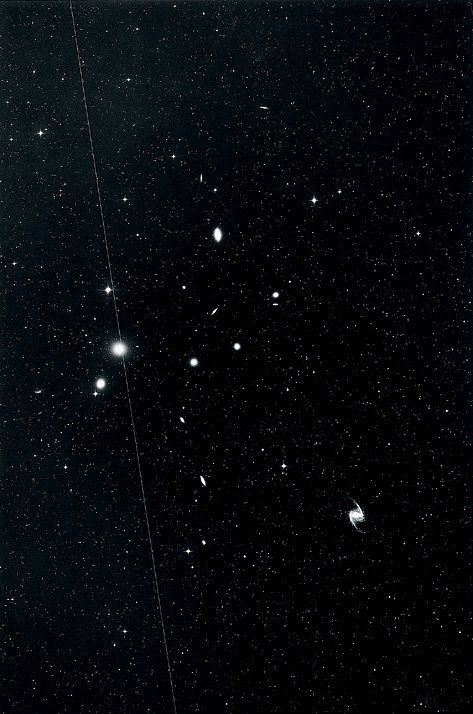 Pocock: When I look at one of your portraits, or buildings, it’s almost as though I can see more than is actually there.

Ruff: But I think that happens because it’s a picture. It’s a frozen picture, nothing moves. If you stand in front of a building, maybe you turn your head because there’s a noise, something moves, so there is not this concentration. But when a picture is on the wall, frozen, you get a totally different kind of concentration. And with the portraits you cannot stand in front of him or her and see them as you do in one of my photographs. That’s impossible.

Pocock: It’s well known that you studied photography with the Bechers. Was that the start?

Ruff: At that time I didn’t know their work.

I took twenty of my most beautiful slides, landscapes of the Black Forest and holiday pictures. It was very strange because they accepted me. In the first year I had a brief talk with Bernd Becher about the slides. He said that they were more or less stupid because those photographs were not my own photographs but cliches, and they were an indication of the photographs I had seen in magazines. They were not my own.

Pocock: Have you turned that around on your teachers, like the portraits are clearly related to standard ID photos?

Ruff: Yes, sure. The portraits are definitely a construct based on identification photographs.

Pocock: And the newspaper photographs are not your own?

Ruff: I couldn’t do all that by myself. It was also important for me that they have already been printed, that they had been so-called important enough to be worth printing, even if they are only illustrations for a text. So the photograph itself doesn’t tell you anything; it’s the text that does. And if I cut off the text, what happens then?

Pocock: What quality do you look for in an news photograph?

Ruff: You know, all the newspaper photographs are standard, archetypal, like politicians shaking hands, or a rocket blasting off, a landscape somewhere. I can’t tell you more than that. I just see it and I know it’s the right photograph. Not that it’ good but it makes a point for my idea.

Pocock: Some quick questions: What do you think of Irving Penn, Richard Avedon?

Ruff: In my first years at the academy they were my most important influence. Perhaps Stephen Shore and William Eggleston were of similar importance to me there as the older documentary photographers but within color. And I still like looking at them. 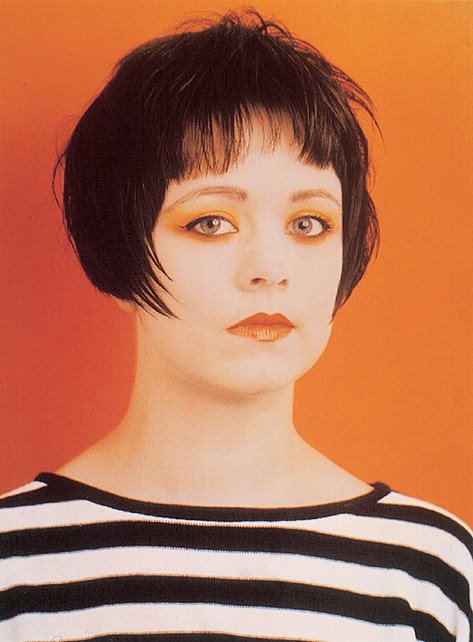 Pocock: How does the American school of the seventies large-format photography differ form the Düsseldorf school?

Pocock: Why color in the portraits and not much color anywhere else?

Ruff: Color is close to reality. The eye sees in color. Black and white is too abstract for me.

Pocock: Why stars? Do they mean something extra special to you?

Ruff: When I was eighteen I had to decide whether to become an astronomer or a photographer. I also wanted to move the so-called künstlerische Fotografie boundary. Do you know Flusser?

Ruff: He defines isolated categories for photography that sometimes cross over. For example, if medical photography is used in a journalistic way, or with the Stars, a scientific archive isn’t used for scientific research but for my idea of what stars look like. It’s also a homage to Karl Bloßfeldt. In the twenties he took photographs of plants to explain to his students architectural archetypes. So he was a researcher but the way he represented his intention with the help of photography made him an artist. I like these crossovers.

Pocock: What about the buildings you photograph?

Ruff: I choose the buildings like the people I photograph. I know them from driving around and sometimes it makes click. Then I have to go back and see if it is really something, if it’s possible to photograph it. I don’t look for high architecture but that average style you find in any suburb of any Western city. It’s color, shape, line. It’s more geometric.

Pocock: How do you see repetition in your work?

Ruff: I wouldn’t say repetition, but I would say I work in series. Not to prove to myself that I was right but I’m not satisfied with one picture but maybe with ten or fifteen or forty.

Pocock: I feel a certain anxiety when I see the portraits hung in a series. I’m reminded of that game as a kid: What is wrong with this picture?

Ruff: It’s not “What’s wrong?” but “It’s a big puzzle.” With one photograph there isn’t enough information. Even I couldn’t explain to an extraterrestrial all of mankind with my forty portraits of my friends. You cannot explain the whole world in one photograph. Photography pretends. You can see everything that’s in front of the camera, but there’s always something beside it.

Pocock: Have you ever done portrait commissions?

Ruff: Not so much, but when I did portraits, people came and asked me. At that time everything was ready for doing portraits so I said, okay, sit in front of the camera.

Pocock: Is it something you tried to avoid?

Ruff: In my series of portraits they are all young, Some of those commissions I would never use for exhibitions.

Pocock: When you show so many portraits all at once, are you trying to convince us of something?

Pocock: To persuade us of something about these people?

Ruff: Maybe I have to say it differently. I’ve been asked a lot why my portraits never smile. Why are they so serious? They look so sad and like that. And I’ve been thinking about that. Maybe it has something to do with my generation. Like I use all-over lights, no shadows. We grew up in the seventies. The reality was that there was no candlelight. If you go through a place, through the car park, it’s always fluorescent, so no shadows, just the all-over light. And in the seventies in Germany we had a so-called Terrorismushysterie: the secret service surveyed people who were against nuclear power; the government created or invented a so-called Berufsverbot. This meant left-wing teachers were dismissed, so sometimes it was better not to tell what you were thinking. All over we have those video cameras, in the supermarkets, the car park. In big places everywhere you’ve got those cameras. If you stand in front of a customs officer, you try to make a face like the one in your passport. So why should my portraits be communicative at a time when you could be prosecuted for your sympathies.

Pocock: This notion of surveillance seems to link nicely with the Night work. How far are you with this new Surveillance series?

Ruff: I started thinking about it at the beginning of last year. I had the idea of combining the surveillance aspect of the portraits with the darkness of the Stars.

Pocock: Are they all that green and black?

Ruff: Yes, I use a light-amplifying lens that is normally installed in tanks or military jets to see at night. It’s another prosthetic use of the medium. If you use a microscope or a telescope you always see something you can’t see with the naked eye.

Pocock: Why is it green?

Ruff: It’s the authentic color from the phosphorescent screen and if it’s green, it’s green.

Pocock: Do you feel that one day you’ll give up photography for electronic processes?

Ruff: I’m happy to work again with my own photographs after being in the studio since 1989 with the Stars and Newspaper photographs. Now I go out at night.

Ruff: The first pictures I made were of backyards. It was January and really cold so I visited friends and took pictures from their rear windows.

Pocock: Is there a little bit of the voyeur in every photographer?

Ruff: These have been done with a device that detectives are starting to use, so they can work on stealing privacy.

Ruff: Yes, this picture looks as though it could be a scene of a crime.