“The wandering couple coerces themselves towards enlightenment by consulting their unease through a distorted prismatic light, and hence gives their world a credence not found in the symbolic disorder of howling winds”

An Unannounced Mass Eulogy of Sorts

The wandering couple coerces themselves towards enlightenment by consulting their unease through a distorted prismatic light, and hence gives their world a credence not found in the symbolic disorder of howling winds. They are shrouded in a blinding veil of illumination and their attempts at reason surpass their physicality. Tirelessly, they search for truth against the probability of physical calamity and ruin. They traipse wide the lands of rocky outposts and cobalt shores, inching closer and closer to a precarious balance between civilized behavior and epistemological destabilization. This endeavor for the average tribe is not dissimilar to cackling laughter drowned out by an audibly increasing hum and din of mosquitos so engorged with haemoglobin that they leak crimson plasma from their proboscis. It is a crushing discordance for the cochlear and the discourse that reverberates ominously challenges the perceptible atonality of life at its margins.

The bees have long since perished under the weight of enterprise and emissions thus choking. Illumination and clarity of will directs the path with an involuntary fortitude for these individuals without the rhyme of nebulous consequence. For they, whose discipline guides their beings against the atrophy of time, rigid and nearly incalculable within the tundra of an isolated prospect of finality, will prosper. The black mist that announces this couple of light, will raise confidence amongst the disobedient and the cadaverous masses. And for the multitude, lichen will manifest within their moist crevices and their smiles shall be split wide by withered tongue and bleached and cracking labium skin. Challenged, he whose name will remain unspoken is consecrated with a breath and a murmur by the many, which forces tongues to split themselves upon spoilt teeth within the mouths that harbor their disingenuous slur.

Those who will not be salvaged will be observed in a condition drawn from their grievous deficiencies while illumination precedes those gifted of light cast down from the infinite.

Standing witness to the conjuration of this improbable light and standing immobile casting doubt from their positions of reasoned and calculated natural world understanding, the folly of the prismatic presents to them an epiphanic seizure and here, the golden sun still whirls, twists and whines against the horizon with its timely immersion into a red hot sea. Spells draw approaching thunder on the blackened plains behind. Gravity, the natural enemy of man, rises and falls with the blood in their chests, cursed by the drag and din of its palpitations and with this they murmur inefficiently and the breath from their lungs recedes into the charged atmosphere they hence find themselves situated within.

Stretched out along this same horizon, a black mist does swell and does purposefully ejaculate its charred seed in front of subjacent man-made perceptions. IT cannot be and IT is. Erect and infinite it bears the controversy of fear amongst the bucolic spoils of green and pleasant lands in the minds of the malignant. And the unintelligible organism sheds its weathered husk to become but a languid fantasy in the preconceived and pre-perceived universe of man. Tendrils of branches reach out along the shores presenting a slow and cathartic disequilibrium of danger and awe – entangling particle and atmosphere made visible. Rise sickly leviathan. Rise amongst the execrated mounds of sheep shaven of wool, and count the number of perished arching their heft towards the crescent moon, whose gift of gravity, along with the sun’s archaic spin, hastens the light and justly hastens the dark. Entangled in our myth, the imperceptible end of all things divine and the rise of will so stricken sickly amongst the hearts of men will indeed crumble like the very concrete they propose in their stead-empty shrines, unnatural homes, and wet tarmac does deceive the blood it greedily collects for the true bringer of storms. They will catch with wide embrace the sonorous signal of latent echoing decay and they will receive the great panning arc of the sharpest scythe, these of multitudes derived of meaning and vision and they will do so in their weakest preponderance towards the temerity and failure of their existence.

“Entangled in our myth, the imperceptible end of all things divine and the rise of will so stricken sickly amongst the hearts of men will indeed crumble like the very concrete they propose in their stead-empty shrines, unnatural homes, and wet tarmac does deceive the blood it greedily collects for the true bringer of storms.” 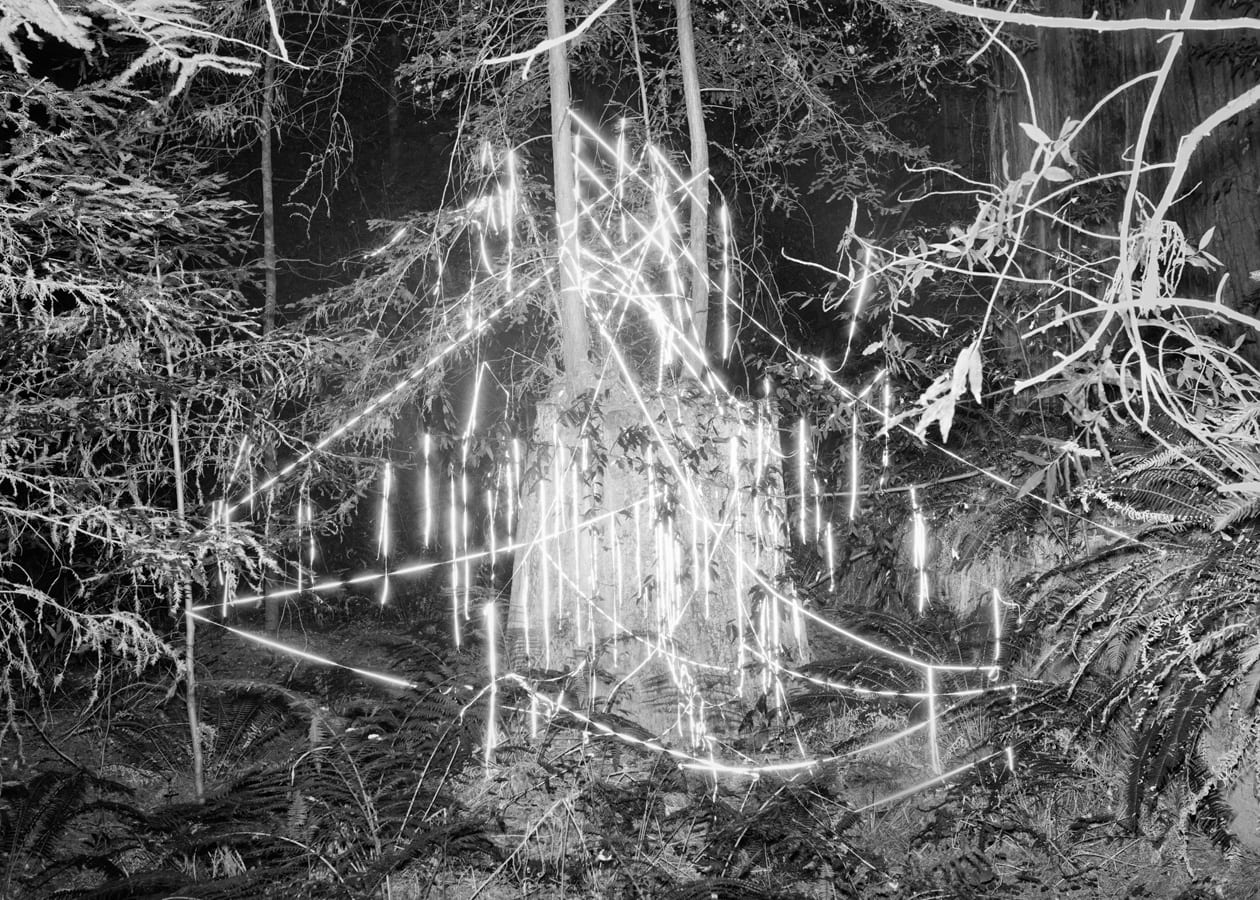 And everything that consumes and heaves forth is a disagreeable mouth whose jowls lumber towards an infinite solitude, a motherless Son of God. Thy family is an expression of the mandibular. The consummation that has put forth in man’s procreation is the same tyrannical and metaphorical mouth that dribbles indelible saliva at its corners, spilling its contents towards the earth and this shall not be re-canted among the blessed of light. The insubordinate hymns of fallen angels and the procreative family of light merge into a pure vessel of unison between the prism of affect and disdain of the flotsam, claiming a place to feast at the table of humanity’s mortal burden. Graceless and fertile the many, gross ineptitudes of those un-cleansed by light, they will struggle with their sight. They will struggle with the mouth that consumes. And here presently, in emblem of their unison, the vast and seething vortex of time has been explained to them in their infancy by a prophet likened to dark, but in great deed he did measure the light. The sun will set amongst the particle planes of waves lifting reason to avoid serendipity and the sound of the great maw unclenching its vice, the path of the righteous lost in the reverie of absence. This truancy wills itself towards the infinite. This present circular black pulsing vortex as was reasoned long ago consumes and spills forth in equal measure.

H.P Lovecraft’s chronicler Peaslee in The Shadow Out of Time pontificates material existence and the phenomenon of unexpected perception within the following passage:

If the thing did happen, the man must be prepared to accept notions of the cosmos, and of his own place in the seething vortex of time, whose merest mention is paralyzing. [1]

If we consider that which is the void and that which is the phenomenon of the unexplained in the work of Inka & Niclas, we may consider the parallels of interpretive values of that which is unfamiliar and perhaps nebulously corrupted by the insistence of the linguistic fallacy of spiritual endeavors made word. Great black clouds line the landscape creating confusion as to the materialism of the natural world that we are accustomed to. It sets the stage for a re-examining of our natural surrounding and it enables the context of the images as uncanny and perhaps horrific as its wills itself towards a functional visual spirituality and is endeavored towards the limits of human perception, if not animus. Like Peaslee’s insistence on the malignant vortex of time, the problems of naming that which must remain unnamed moors the efforts of Inka & Niklas to a consideration of the greater unknowns, but in keeping their attention towards the improbability of the finite, the work becomes a universe in itself.

Not all of the philosophical values of the duo’s work are inclined towards the horror of being. Images of playful color also align within the landscape and the desolate figures within; a family existing in silhouetted light adorns this environment. These beings of light radiate towards the cosmological and the gifted; devoid of the trappings of the familiar human occupancy. Their presence suggests a glorification of the void within the context of landscapes hinting at serenity and equal measure the impossibility of decay in matters of transcendental light. That there are unfamiliar paradigms within the work points towards an insipid cosmology of vision. Monstrous stick creatures composed of driftwood stretch and nearly walk along the shoreline sulking in their humanoid frames, their form considered and brutal amongst what we know as natural, though composed of known and understood elements. And yet, the threat of this leviathan is shallow for our duo.

In considering light within the works, there is a formal combination of prismatic color and flash that when presented suggests a supra-perception: a possibility at odds with the known familiar. It is an alien illumination that is employed. It heaves and it requires its own belief system in order to consume it in its unnatural form. It suggests a plane of cosmological or god-like (above or perhaps from below) intervention. Celestial bodies have been brought down from the lesser lights of heavens unknown and they have been cast against the terrain of earth we assume to understand. Herein lies the combination of the suggested uncertainty of being and the possibility for a mystic servitude. This land is bathed in an awkward and unbelievable disassociative and radiating light. These elements observe a phenomenal discourse and it is up to the witness to unlock their potential on their own terms, without an antecedent.

The Belt of Venus and the Shadow of the Earth