The male strippers parade their sexuality and occasional flamboyant 80s hairstyles in front of paying female customers, who grin and push dollar bills into their thongs.

In 2007 Sebastian Girard set up an automatic email alert on eBay for keywords related to photographs and strippers. Over a period of several years, he purchased pictures of strippers at work in homes and at parties, all of them taken by amateur photographers in attendance. The resulting images are an exuberant romp into hidden terrain, and they shine like objects uncovered in an archaeological dig.

The male strippers parade their sexuality and occasional flamboyant 80s hairstyles in front of paying female customers, who grin and push dollar bills into their thongs. The performers smile just as often, and their open, perverted grins confirm that these scenes are different from male interactions with female strippers, where the performance seems fundamentally about the application of power. Although that dynamic is present here (the male stripper is always severely outnumbered by women and frequently appears almost smothered by the outpouring of sexual desire), what is much more prominent is the stripper’s tactile performance of sexuality instead of receptivity to it. His job is to open his customers, allow them to perform their own desires, and in these photographs the strippers repeatedly meet with incredible success.

Also different is the perspective, the tone, and the whole messaging apparatus of these photographs. They are distinct from professional pictures in that there is, in essence, no photographer. Only very rarely does anyone look at the camera or acknowledge it any way, and never do they look the very distinct way people do when a ‘photographer’ is present – ready to be photographed. All have the much reproduced look of cheap color film developed in a drug store. Yet the pictures presented in Strip-o-Gram are eerily consistent. 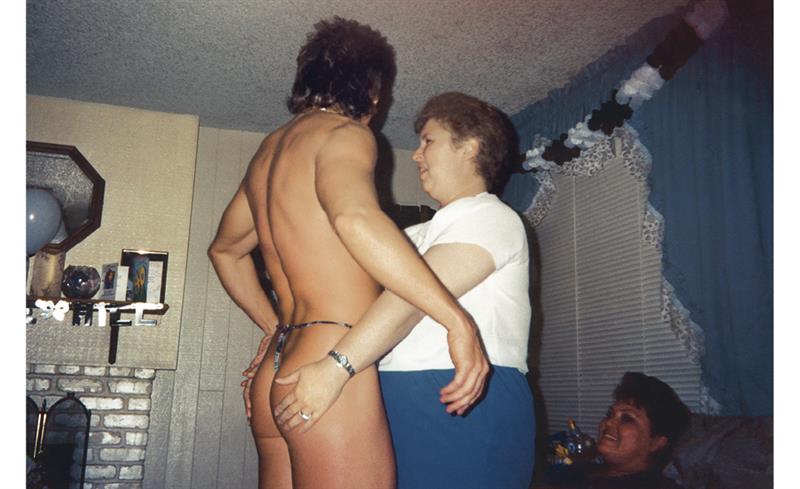 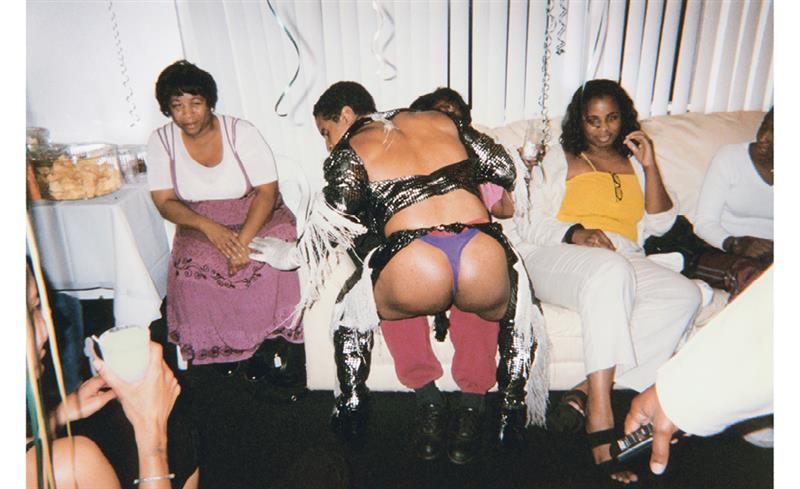 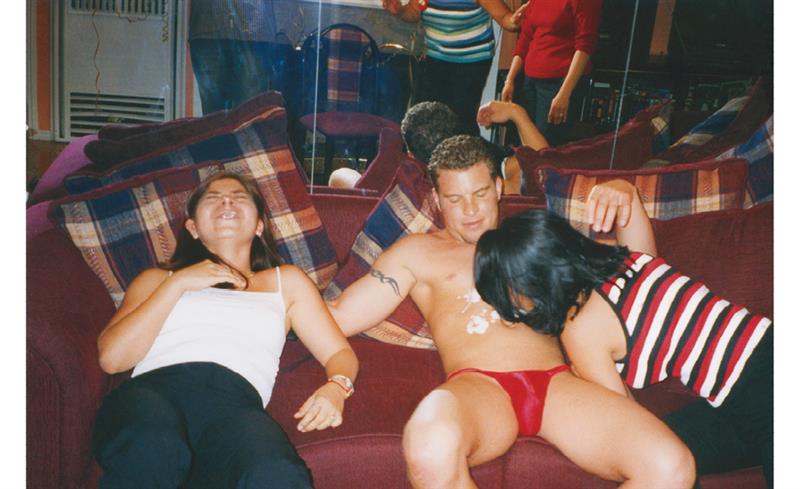 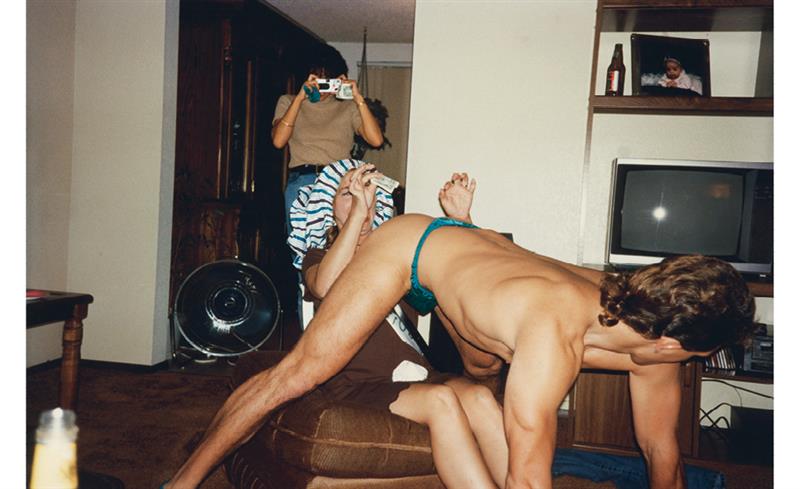 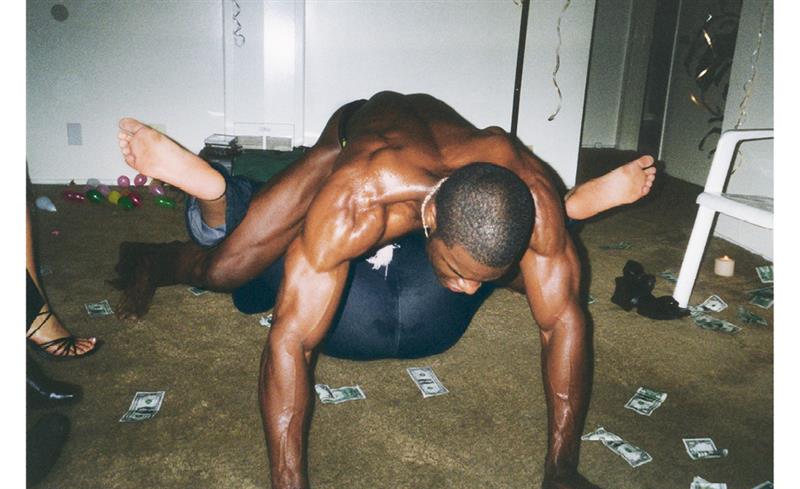 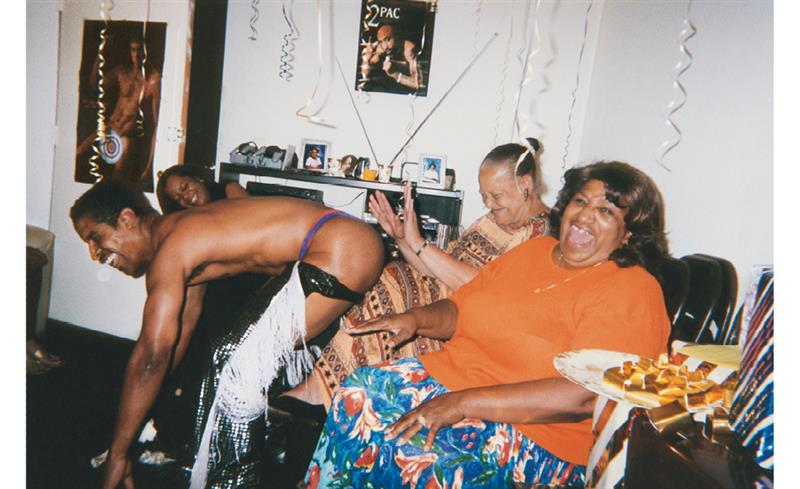 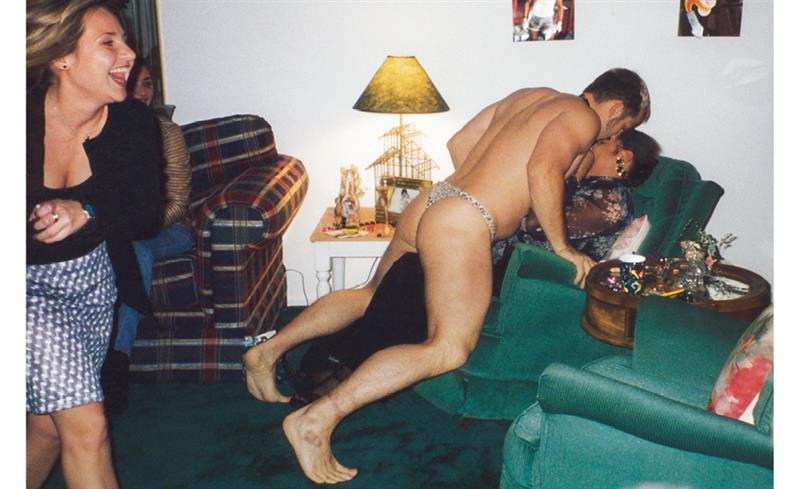 The photographers repeatedly catch the peak of a performance, when everyone has forgotten that they have paid, forgotten that they are performing, and has become wholly absorbed in the act and transfixed by their role in the stripper’s production. Backgrounds are, nearly to a tee, tacky couches now found in thrift stores across the nation. Undeviating too are the expressions of older women when they are caught with their hands on stripper’s butts, some charming mixture of surprise, disbelief, and secrecy. Equally entertaining is when the stripper has managed to arrange himself in a completely absurd joke sexual position to everyone’s extreme delight or when all parties seem to have dropped their guard and strippers sit with their clients in little oceans of adoration.

Gerard seems to have found a semi-secret, once active trend that was well documented by its thoroughly involved participants and also developed an ingenious way to mine it for images. His aggregation technique functions as a sort of photo-archaeology, a process that brings photographs long buried under the sands of happenstance and time to the surface and curates them into collections. Strip-o-Gram is a frolic through the wild, paid for nights of small groups of women and their entertainment. It dramatically succeeds in capturing a series of ridiculous but wholly felt and intense situations, and does so without ever claiming to be serious.

A huge pleasure and not a small amount of genius.