There is a very careful eye at work in these pages, and the photographs mesh even though they shouldn’t.

Wolfgang Tillmans’ Neue Welt (New World) is littered with diverse images that are fearlessly juxtaposed. On the surface they seem to examine and reveal nothing, but through a complex interplay of abstraction and fanatic attention to themes and details, Tillmans weaves an intricate web of relation. Subjects include high technology, stars evoking high technology with their shimmering super-sharpness and ideal forms, scenes of poverty which contrast with technology and space as visual landscapes (they do not shimmer), color prints that are smeared and impacted by Tillmans’ bad print machine technique (which he describes in the book’s interview), the contours of hyper-modern interior opulence on airplanes, high-tech fabrics arrayed on showroom floors and across billboards printed with the human form; physics experiments involving lasers and crowded digital star maps blotted with camera noise, complex welded structures for holding mirrors pointed towards the sky, and trash. Finally, there are tribesman with mud on their heads, crowds of mopeds in Eastern cities, women wearing saris and children washing with buckets, glittering supermalls in what is unmistakably China, and thick desert dust on abandoned Mercedes in Dubai.

Throughout this explosion of images, Tillmans seems to know exactly what to do with each and every one. There is a very careful eye at work in these pages, and the photographs mesh even though they shouldn’t. They are layered on top of each other, stacked horizontally and vertically, and placed from page to page in a way that seems natural in its effortlessness. 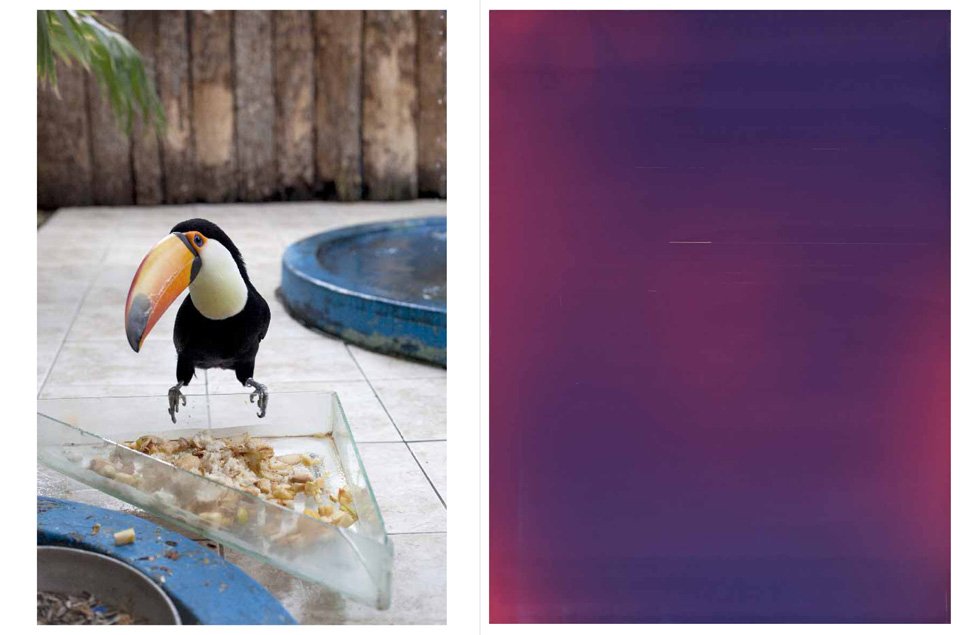 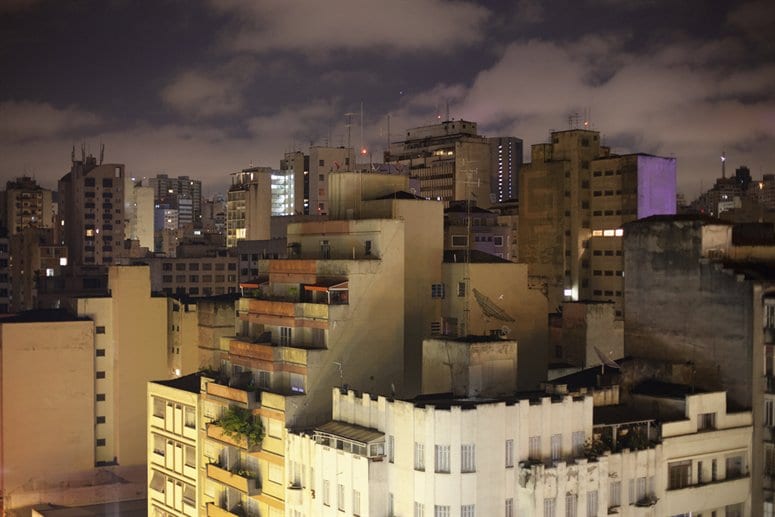 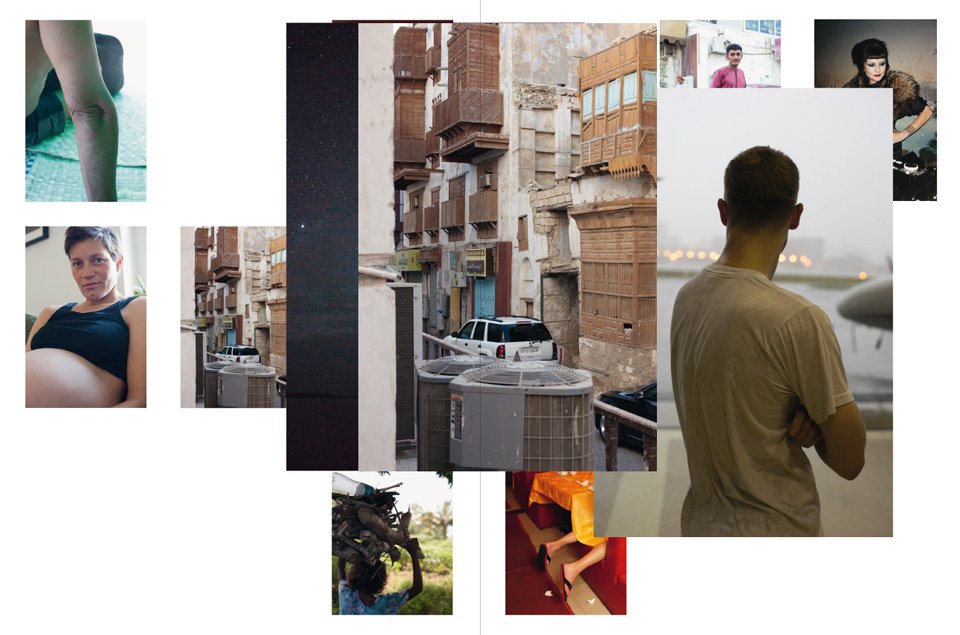 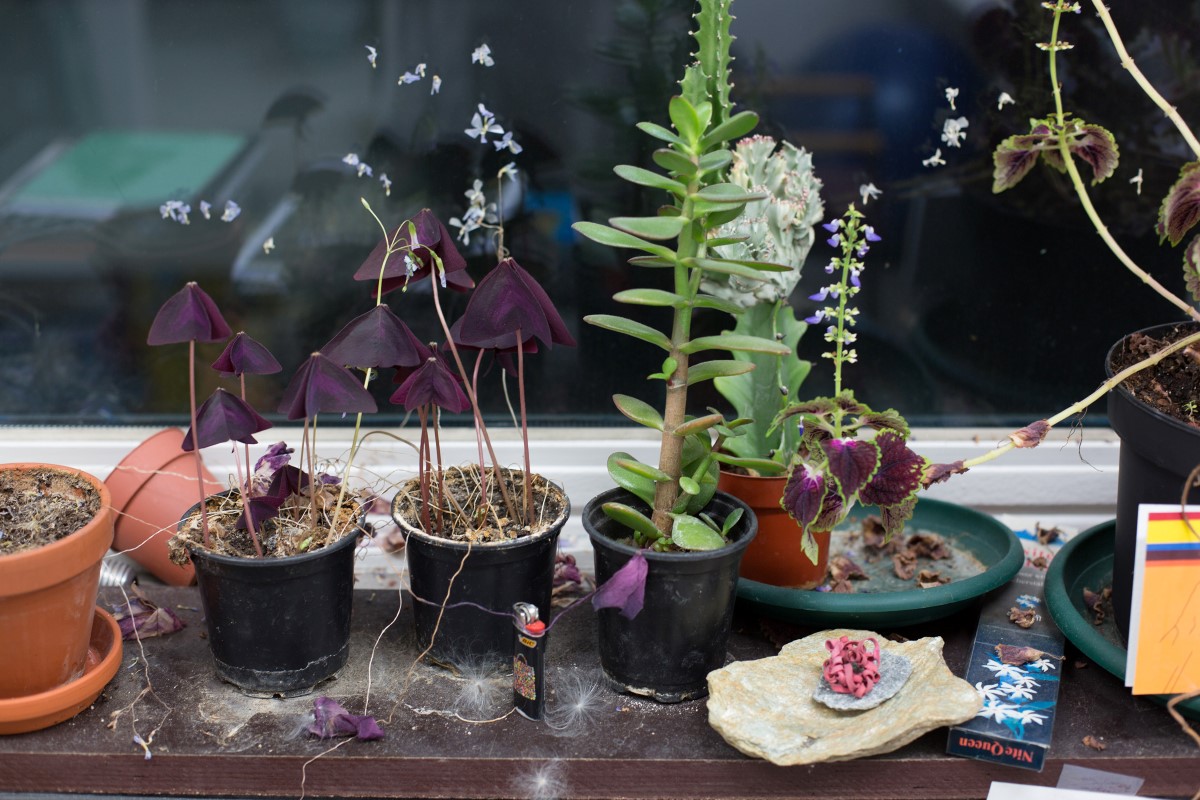 Tillmans’ ability to make abstract photographs that capture foreign environments and the experience of being in them is key. The non-specificity of these images, which at first is a challenge for viewers, allows them to mirror the experience of being somewhere crowded with stimuli. A viewer notices many things, but no one is defining. Tillmans duplicates this experience with his arrangements of relatively abstract photographs. He democratizes the images and leaves the viewer unsure of what to focus on.

Wolfgang Tillmans has produced a photographic document that, although focused on nothing in particular, makes viewers forget there is a photographer there at all. More than any other book of images that comes to mind, Neue Welt is fixated on how the world appears to the human eye. While for most authors the ambition to represent the world in this fashion would be reckless, here it is transmuted into something strange and wonderful.

It is about a world so large and confused that it cannot be reliably imagined, imaged, believed, or dreamed.

At its heart Neue Welt is not really about anything that it depicts, and it is not about its author or his connection with those things. It is about a world so large and confused that it cannot be reliably imagined, imaged, believed, or dreamed. This book is about confusion, about being lost in the globe’s ocean of humans and their environments, which although a feeling belonging initially to the author, is here so purely and passionately represented that the image-maker has left himself behind. He has transcended himself, which, after emerging from Neue Welt, makes his accomplishment all the more impressive.