“For me, content cannot be separated from form. By form, I mean a rigorous geometrical organization of interplay of surfaces, lines and values.”

HCB: To me, photography is a simultaneous recognition in a fraction of a second of a significance of an event as well as of a precise organization of form which gives that event its proper expression. I believe that, for reactive living, the discovery of oneself is made concurrently with the discovery of the world around us, which can mold us, but which can also be affected by us. A balance must be established between these two worlds: the one inside us, and the one outside us. As the result of a constant reciprocal process, both these worlds come to form a single one. And it is this world that we must communicate.

But this takes care only of a content of a picture. For me, content cannot be separated from form. By form, I mean a rigorous geometrical organization of interplay of surfaces, lines and values. It is in this organization alone, that our conceptions and emotions become concrete and communicable. In photography, visual organization can stem only from a developed instinct.

First I would like to say that it is only a rule I established in myself, a certain discipline, but it is not a school, it’s not a.. it’s very personal. And I think that we cannot separate what we have to say from the way we have to say it, how to speak.

Photography is in a way a mental process. We have to know what to, be clear, on what we want to say. Our conceptions, our, what we think of a certain situation, a certain problem. Photography is a way of writing it, of drawing, making sketches of it. And in the form, things are offered to us in daily life. We have to be alert and know when to pick the moment which is significant. Then, it’s just intuition. It’s instinct. We don’t know why, we press at a certain moment. It comes, it is there, it’s given. Take it. Everything is there, it is a question of chance, but you have to pick and force chance to come to you. There’s a certain will. 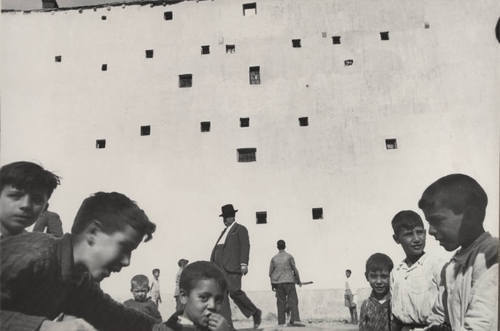 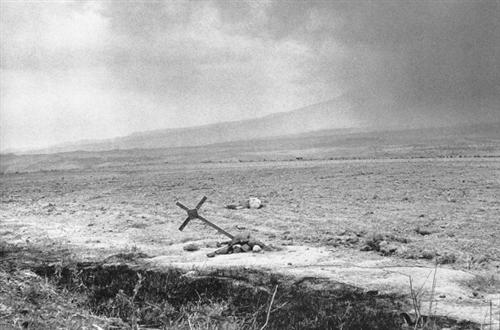 “The creative part of photography is very short. A painter can elaborate, a writer can, but as it’s given, we have to pick that moment, the decisive moment, it is there.”

The creative part of photography is very short. A painter can elaborate, a writer can, but as it’s given, we have to pick that moment, the decisive moment, it is there. Ah! I’ve seen this, I’ve been there. I’ve seen that.

When I started photography in 1930 there were hardly any picture magazines, there was no market. And I was taking pictures (..) things that struck me, interested me. I was keeping a kind of diary. And I still do keep a photography diary. And later, there were magazines, and working for magazines, you have to work for yourself, always for yourself, you express yourself. With magazines, they put you into contact with events important in the world, and you have a possibility of speaking to a very large audience.

Interviewer: Does that in any way affect your attitude toward a story when you’re working for a large audience? Or do you still follow your own precepts, it’s still the same intuition in a way?

HCB: It is the same intuition. You have to know in which framework you have to tell your story for the magazine, but you must not work for the magazine..you work for yourself, and the story. Communication has to be very (? diarational ? )..

Interviewer: Of course you are communicating. For example, you’ve made various photographic essays on different countries. When you come into a country do you live there for some time? Do you try to feel the…

HCB: You can’t rush in and out. It takes time to understand, to have a feeling of a place. You have a general idea of a country, but when you get there, you realize that your preconceived idea was right or wrong, but you mustn’t push the preconceived idea you had. No, reality speaks, and your impressions. And it’s very important, the first impression has to be very fresh – just like when you see the face of somebody for the first time, you have a feeling. Maybe after, you say, oh, I was wrong. Because I didn’t take notice of certain things, a certain smile, something, and a country is the same thing.

Interviewer: I wonder if you could possibly give an example. For example, your work on India. Which we in the West have some sort of exotic preconceptions about. Was that changed quite a bit when you first got there, and did that affect your work and your approach to the people? 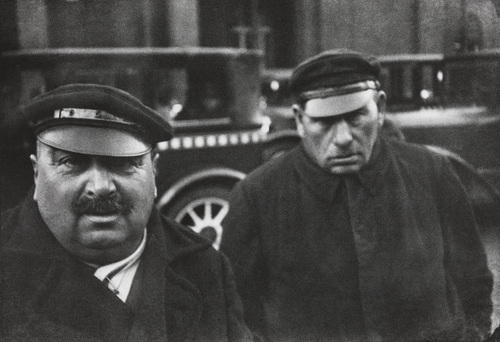 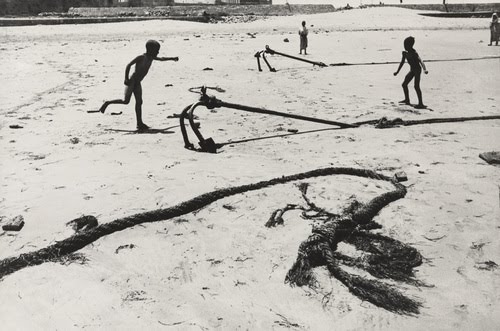 “It depends, there’s no rule, there’s no..it depends, it depends. You have to be subtle and supple at the same time. Fit, exactly.”

Interviewer: And that’s all there in your attitude, it shows up in what you pick, I suppose. Well, in your approach, do you take many pictures, for example, of one incident or subject, or do you wait perhaps for that..

HCB: It depends, there’s no rule, there’s no..it depends, it depends. You have to be subtle and supple at the same time. Fit, exactly.

Interviewer: You’ve been known for never cropping your photos. Do you want to say anything about that?

HCB: About cropping? Uh, I said in that forward, we have to have a feeling for the geometry of the relation of shapes, like in any plastic medium. And I think that you place yourself in time, we’re dealing with time, and with space. Just like you pick a right moment in an expression, you pick your right spot, also. I will get closer, or further, there’s an emphasis on the subject, and if the relations, the interplay of lines is correct, well, it is there. If it’s not correct it’s not by cropping in the darkroom and making all sorts of tricks that you improve it. If a picture is mediocre, well it remains mediocre. The thing is done, once for all.

Interviewer: Well I guess that goes back to your intuition. It has to be there, completely..

HCB: Yes. And for technique, technique is not a thing in the abstract. You can’t evade it. The technique has to be something to express what you want to say. You have to master your own technique, to know your tools to say what you have to say. Technique doesn’t exist in the (abstract)..you have to know your lenses, but it’s not that difficult. You learn it very quickly. It’s like a typist mustn’t look at his keyboard, and then he types. But then, when he knows how to type he’s concerned only with what he has to say, it’s the same thing. You mustn’t use a light meter, you have to know exactly what, to weigh the light. A cook doesn’t take a scale to know how much salt you should put in a cake. The salt you put to give, to enhance the sugar. It’s intuition, it’s instinctive, and it’s the same thing.

Interviewer: I think that applies to all forms of expression, the technique has to be completely assimilated. 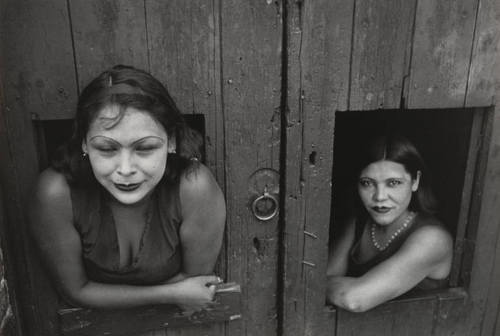 “Photography is a way of living. To me, my camera is an extension of my eye. I keep it all the time with me.”

Interviewer: Now, for example as a photographer, you yourself, the basic thing you want to do is communicate, I suppose like any artist in any field.

HCB: Yes, communication has been an important thing. You want to give something, and to know that it is accepted. It’s not recognition. Recognition..in a way, success is dangerous. Success can affect us.

Interviewer: In what way, you mean..

HCB: Success is in a way as unjust as lack of success. What is important (becomes the recognition.) You want to give something to know that somebody will accept it. In fact, when you love somebody, somebody will not turn you down, your love is accepted. And this is communication to me. To give something which is..

Interviewer: To give and then be requited.

HCB: Yes. And not recognition.

Interviewer: I wonder if you can talk about some technical aspects of photography.

HCB: We don’t need very big equipment. Practically I work all the time with a 50 mm, a very wide open lens, because I never know if I’m going to be in a dark room taking a picture in this moment and outside in full bright sun the next moment. So…

HCB: It is very important. And people don’t notice you so much.

Interviewer: In the old days when they had colloidal plates and whatnot..

HCB: I think with the 50 mm you can cover a large number of things. Sometimes, especially for landscape, you need a 90 mm because it cuts all the foreground which is not that interesting. But this you don’t decide beforehand…I’m going to work with such a lens..no. It depends on the subject. The subject guides you, it’s there. Your frame, you see it, it’s a recognition of a certain geometrical order, as well as of the subject.

It’s a question sometimes people put. “Which is your favorite picture?” And I must say the important picture is the next one you’re going to take. We’re not curators of our work. The important is to think about the next subject. Photography is a way of living. To me, my camera is an extension of my eye. I keep it all the time with me. But, everything depends on the way we live, what we like and our attitude toward life. What we are, in fact.