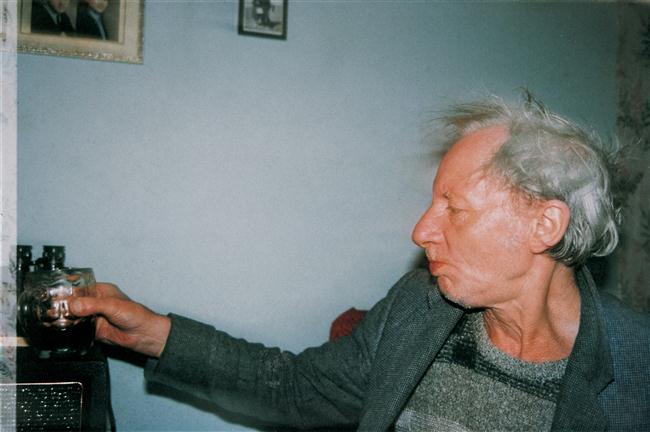 A long time ago, far, far away, in a rainy king-and-queen-filled land, in a colorful little-knick-knack, jigsaw-puzzle, cat-hair-filled, grease-streaked, filthy tiny fishbowl, baby Richie was born. Little Richie came into this lovely rainy little world born to proud parents, the drunk-unemployed-Ray and the devoted-enormous-“big”-Liz Billingham. Soon, little baby brother Jason would come along to join in the fun! Oh what wonderful places they will go! So starts the tale of Ray, Liz, Jason and lil’ Richard Billingham and their little journey through life in a little bitty box, in a tiny-poor corner of the world, called, Cradley Heath… unfortunately, things won’t quite turn out as planned.

Richard Billingham’s “Ray’s a Laugh”, published in 2000 by Scalo, is a bone jarring chronicle of the parts of life that shouldn’t… the life that tried, but wouldn’t, and dreams that simply couldn’t. It is a chronicle of everything that hurts… a cartoonish-nightmare jaunt through the land of alcohol-living, wet-smelly breath that stinks and simmers, chapped-lips that burn and crack, of space to live that shrinks and crowds further inward, of carpet that rots, of scratched linoleum that looks as if it wants to escape, of paint that wants to peel away and go somewhere else, of childhood dreams that learn to stay in the closet and behave, that learn to stay in the clouds, far away, of love and devotion that exists but is trampled on by vice and forcefully dominated by earthly human-short-circuits. It is a photographic vision of magnificence… but, magnificence in poverty and pain, in tragedy, of brilliance in ugliness, an aesthetic tour-de-snapshot-force of voyeurism and realism. What should be repelling instead compels… photographs that would be thrown away instead are “limited editions”, a feast for the eye’s. It is a piece that is towering in it’s brute force and bloody brilliant in shear aesthetics and human-tragedy-magnetism. Like wine, over time one learns to love this ugly aesthetic… and when you do, oh the taste is sweet, oh so sweet. I have said it before and will say it again… where can something so tragic be at once so aesthetically magnificent? Where can hopelessness, failure and darkness be propped up to enjoy so voraciously… only in art. 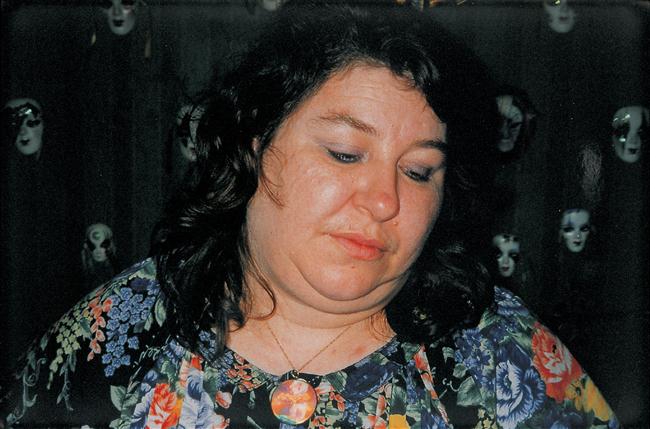 Many of you may already know this work. Many of you already know full well this type of story. We can go further with this and try to read up on lil’ Richard Billingham and his success… we can read about Ray and his alcoholic fueled failures, we can learn about big Liz and her devotion, her time-filling-puzzles and comfort-knick-knacks & animals… maybe a little of Jason if we are lucky. But, will the actual story do anything to add to this photographic kick to the jaw… yes & no – maybe not – maybe so. Either way.. we already know the reality, we know what occurs, we can already “see” it.

Some of Richard’s own words:

“My father Raymond is a chronic alcoholic.
He doesn’t like going outside, my mother Elizabeth hardly drinks,
but she does smoke a lot.
She likes pets and things that are decorative.
They married in 1970 and I was born soon after.
My younger brother Jason was taken into care when he was 11,
but now he is back with Ray and Liz again.
Recently he became a father.
Dad was some kind of mechanic, but he’s always been an
alcoholic. It has just got worse over the years.
He gets drunk on cheap cider at the off license.
He drinks a lot at nights now and gets up late.
Originally, our family lived in a terraced house,
but they blew all the redundancy money and, in desperation,
sold the house. Then we moved to the council tower block,
where Ray just sits in and drinks.
That’s the thing about my dad, there’s no subject he’s interested
in, except drink.”

“It’s not my intention to shock, to offend, sensationalise,
be political or whatever, only to make work that is as spiritually
meaningful as I can make it –
in all these photographs I never bothered with things like
the negatives. Some of them got marked and scratched.
I just used the cheapest film and took them to be processed
at the cheapest place. I was just trying to make order out of chaos.”

“Sometimes Jason is there, sometimes he isn’t. He lives at a lot of different addresses. Now he’s got a kid. When I used to come home from college, he was in care. He ended coming back to Mum and Dad to do his A-levels, but after about a month he didn’t bother getting up in the mornings and just jacked it in. He said he had no freedom when he was in care. Now he has loads. He just didn’t have any motivation.”

“Dad was some kind of mechanic, but he’s always been an alcoholic. It has just got worse over the years. He gets drunk on cheap cider at the off license. It is so cheap now. He drinks alot at nights now and gets up late.”

“My Mum will be looking at the book and if she hasn’t got full concentration on it she will say, ‘Pass me a fag, Ray.’ They relate to the work but I don’t think they recognize the media interest in it, or the importance. I don’t think that they think anything of it, really. They are not shocked by it, or anything. We’re used to living in poverty.”

“In all these photographs I never bothered with things like the negatives. Some of them got marked and scratched. I just used the cheapest film and took them to be processed at the cheapest place. I was just trying to make order out of chaos.”

(© Doug Rickard, 2009. All rights reserved. All images © copyright the photographer and/or publisher)