“Perhaps here we have stumbled upon a partial, but nonetheless astonishing description of the creative act at the heart of serious photography: nothing less than the measuring and folding of the cloth of time itself.”

This month I read a review in a leading US Art Magazine of a Jeff Wall survey book, praising how he had distinguished himself from previous art photography by:

“Carefully constructing his pictures as provocative often open ended vignettes, instead of just snapping his surroundings”

Anyone who cares about photography‘s unique and astonishing qualities as a medium should be insulted by such remarks, especially here, now, in 2010, in this country, in this city, which has embraced photography like no other.

Now this is maybe just an unthinking review, but what it does illustrate is how there remains a sizeable part of the art world that simply does not get photography. They get artists who use photography to illustrate their ideas, installations, performances and concepts, who deploy the medium as one of a range of artistic strategies to complete their work. But photography for and of itself -photographs taken from the world as it is– are misunderstood as a collection of random observations and lucky moments, or muddled up with photojournalism, or tarred with a semi-derogatory ‘documentary’ tag.

This is tremendously sad, for if we look back, the simple truth is that the majority of the great photographic works of art of the 20th century operate in precisely this territory: from Walker Evans to Robert Frank, Diane Arbus to Garry Winogrand, from Stephen Shore traveling across America in Uncommon Places; Robert Adams navigating the freshly minted suburbs of Denver in The New West, or William Eggleston spiraling towards Jimmy Carter’s hometown in Election Eve, who would seriously propose that these sincere photographic artists were merely “snapping their surroundings”? 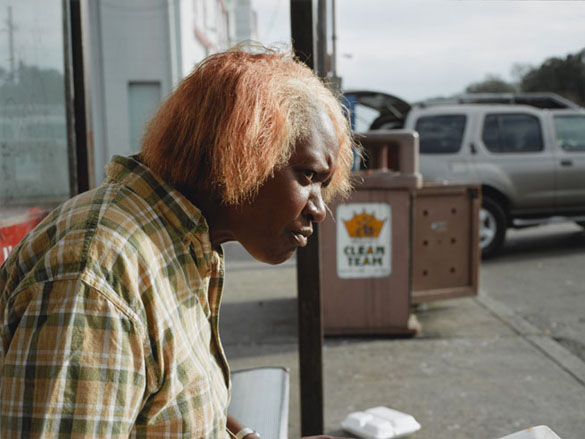 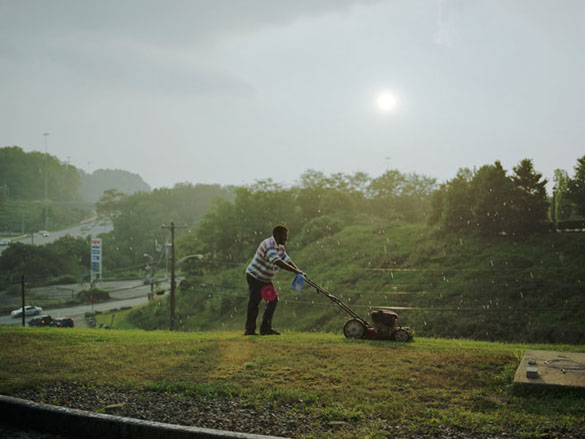 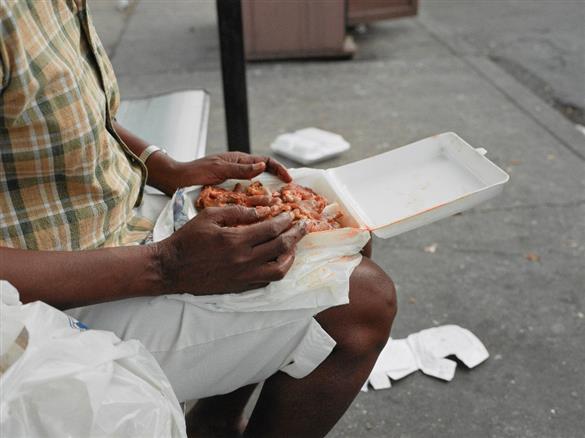 “In each case the handiwork of the artist is readily apparent: something was synthesized, staged, constructed or performed. The dealer can explain this to the client, the curator to the public, the art writer to their readers, etc.”

So what is the issue? The broader art world has no problems with the work of Jeff Wall, or Cindy Sherman or James Casebere or Thomas Demand partly because the creative process in the work is clear and plain to see, and it can be easily articulated and understood what the artist did: Thomas Demand constructs his elaborate sculptural creations over many weeks before photographing them; Cindy Sherman develops, acts and performs in her self-portraits. In each case the handiwork of the artist is readily apparent: something was synthesized, staged, constructed or performed. The dealer can explain this to the client, the curator to the public, the art writer to their readers, etc. The problem is that whilst you can discuss what Jeff Wall did in an elaborately staged street tableaux, how do you explain what Garry Winogrand did on a real New York street when he ‘just’ took the picture? Or for that matter what Stephen Shore created with his deadpan image of a crossroads in El Paso? Anyone with an ounce of sensitivity knows they did something there, and something utterly remarkable at that, but… what? How do we articulate this uniquely photographic creative act, and express what it amounts to in terms such that the art world, highly attuned to synthetic creation -the making of something by the artist- can appreciate serious photography that engages with the world as it is?

Now, please do not get me wrong, I admire the work of Cindy Sherman and Jeff Wall and Thomas Demand – I have zero problems with it, and it is emphatically not an either/or situation. Nor should you misunderstand me in the other direction: I am not arguing for some return to photographic fundamentalism of Magnum style Leica reportage 35mm black & white work or whatever – far from it, for we are clearly in a Post Documentary photographic world now. Both of these disclaimers not withstanding, I have to say that the position of ‘straight’ photography in the art world reminds me of the parable of an isolated community who grew up eating potatoes all their life, and when presented with an apple, though it unreasonable and useless, because it didn’t taste like a potato.

“The problem is that whilst you can discuss what Jeff Wall did in an elaborately staged street tableaux, how do you explain what Garry Winogrand did on a real New York street when he ‘just’ took the picture? “

Am I ‘Tilting at Windmills’ here? Perhaps so, but as with the great Don – Cervantes that is – it is to make a point, earnestly, yet with good humor. The point is certainly not the art world versus the photography world, because it is not apples or potatoes, anymore than it is sculpture or painting. The point is that we need the smart, erudite and eloquent people in the art world, the clever curators and writers, those who do get it, to take the time to speak seriously about the nature of such photography, and articulate something of its dazzlingly unique qualities, to help the greater art world, and the public itself understand the nature of the creative act when you dance with life itself – when you form the meaningless world into photographs, then form those photographs into a meaningful world.

Thankfully, as the glass clears, it has become apparent just what Robert Frank or Garry Winogrand or Diane Arbus or Robert Adams accomplished back in the 50’s, 60’s or 70’s, and for that we must be grateful. For the great exhibitions at the Met, the Whitney, the Guggenheim, and of course MoMA itself; for the books, the catalogues, the enlightened essays: I thank you. But… what of those who work today with equal commitment and sincerity, using straight photography in the cacophonous present? I will not name names here, but for these serious photographers the fog of time still obfuscates their efforts, and the blindness j’accuse some of the art world of suffering from, narrows their options. It means their work will almost never be considered for Documenta, or placed alongside other artists in a Biennale, or found for sale in major contemporary art galleries and art fairs. This does not just deprive the public of the work, and the work of its place, it denies these artists the self-confidence that enables them to grow, to feel appreciation and affirmation, not to mention some modest financial reward allowing them to continue to work. It is also, most importantly, seeing the world of visual art in narrow terms. It is seeing the apple as unreasonable.

So, what is it we are discussing here – how do we describe the nature of this photographic creativity? My modest skills are insufficient for such things. However let me make an opening offer: perhaps we can agree that through force of vision these artists strive to pierce the opaque threshold of the now, to express something of the thus and so of life at the point they recognised it. They struggle through photography to define these moments and bring them forward in time to us, to the here and now, so that with the clarity of hindsight, we may glimpse something of what it was they perceived. Perhaps here we have stumbled upon a partial, but nonetheless astonishing description of the creative act at the heart of serious photography: nothing less than the measuring and folding of the cloth of time itself.

EXPLORE ALL PAUL GRAHAM ON ASX